WILLIAMSPORT, Pa. — The possible impeachment of President Donald Trump has sparked conversations all over the country, including in some classrooms. Craig... 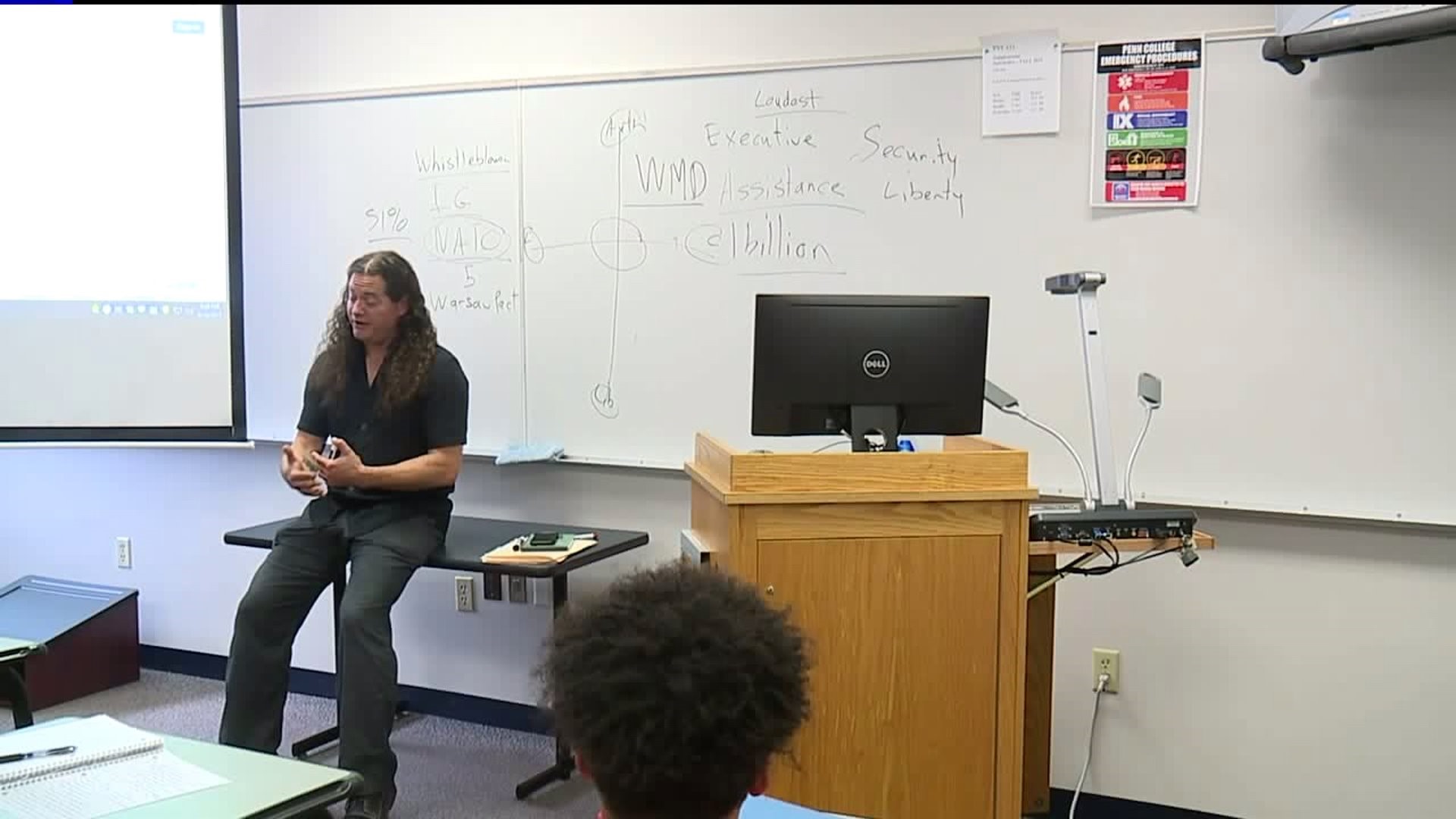 WILLIAMSPORT, Pa. -- The possible impeachment of President Donald Trump has sparked conversations all over the country, including in some classrooms.

Craig Miller is a political science professor at the Pennsylvania College of Technology in Williamsport. He begins all of his lectures in the same way -- discussing current events.

Miller wants to make sure his students stay in the loop during this time in American history, and that starts with knowing what impeachment actually is.

After Miller's lecture, students were asked to voice their own opinions with each other regarding a possible impeachment.

"It becomes the screaming match over who can be the loudest before the next election comes, rather than thinking about the problems that Americans are really focused on," said sophomore Allen Hafner.

"I somewhat agree with him. I feel there is other things, but I do feel that this is very important as well, and it's not really an annoyance," said freshman Dominic Howard.

Miller told Newswatch 16 that he believes conversation within the classroom is key when teaching politics.

"I think my role is important in being able to give them a voice that is not trying to convince them one way or the other, rather just trying to provide them with information," Miller said.

The impeachment effort by Democrats is just the latest topic Miller has used in class. He keeps an eye on the big political stories of the day and then talks about them with students. That has led to a lot of topics recently.