WILLIAMSPORT — A state senator from Lycoming County is being questioned about ties he has with a natural gas drilling company while he plays a major role ... 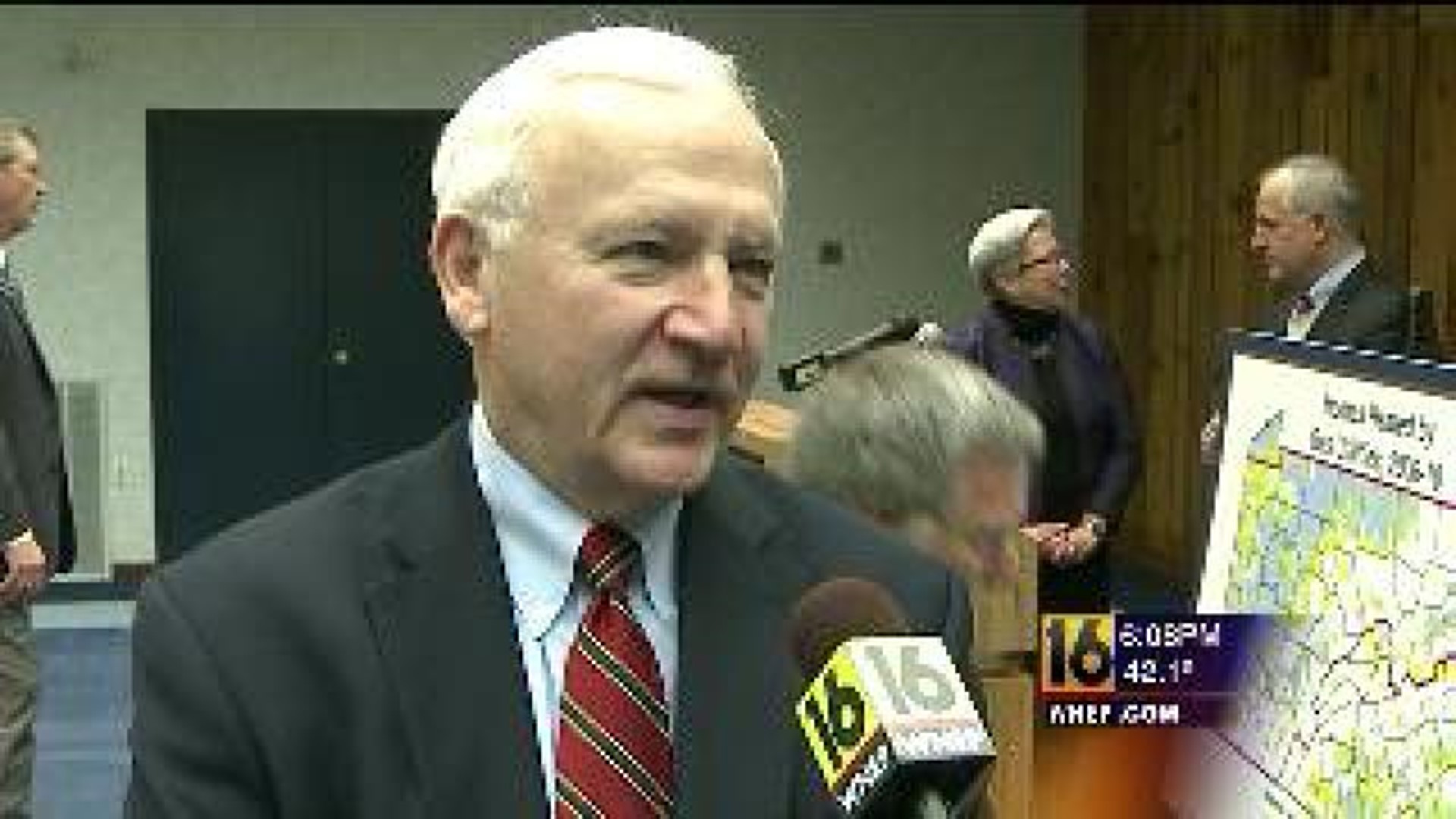 WILLIAMSPORT -- A state senator from Lycoming County is being questioned about ties he has with a natural gas drilling company while he plays a major role in influencing how the state regulates and does business with the gas industry.

State Senator Gene Yaw is only in his second term but already has considerable influence in the state legislature. Now, some question whether the Republican has a conflict of interest.

On Tuesday, Yaw proposed new laws that would expand natural gas service to more Pennsylvanians, all while he stands to make lots of money from the gas industry.

Yaw is the chair of the senate environmental Resource and Energy Committee.  At Penn College in Williamsport, Senator Yaw was pushing for new laws to expand natural gas line service to more Pennsylvania homes and businesses.

"We're sitting on one of the largest gas deposits in the world," Yaw said.

"All he's done is sign a piece of paper and millions come his way, so isn't he going to think gas development is the most wonderful thing in the world? Who wouldn't?" asked Ralph Kisberg of Responsible Drilling Alliance.

Kisberg took part in a hike Monday to call for saving parts of the Loyalsock State Forest from natural gas drilling.  The group delivered petitions calling for public hearings on the matter to Senator Yaw's office in Williamsport. Kisberg and some other environment groups say Yaw should be taking himself out of the legislative process when it comes to issues involving natural gas development.

"It's a lot easier to buy the arguments of the industry when, in the back of your mind, there's millions coming your way," said Kisberg.

Yaw says that's not so, pointing to the fact he signed the lease with Anadarko before he was elected to the state senate.

"Conflict of interest is the most easily-thrown-about concept when you can't think of anything else to say," the senator said.

In fact, Yaw claims there's a potential conflict of interest for every piece of legislation he votes on since he's a citizen of Pennsylvania, even if he's one of them benefiting from the natural gas industry.

"I vote on what we're going to set speed limits at. I don't like it, but they apply to me."

Yaw leased his land in Lycoming County to Anadarko for $85 an acre.

It just so happens that according to Yaw, Anadarko is the same company planning to drill in the Loyalsock State Forest, the very place he's been asked to help preserve  and limit drilling for gas.