WILLIAMSPORT, Pa. — A group of Korean War veterans in central Pennsylvania was honored Friday for their service nearly 70 years ago. Hundreds of people at... 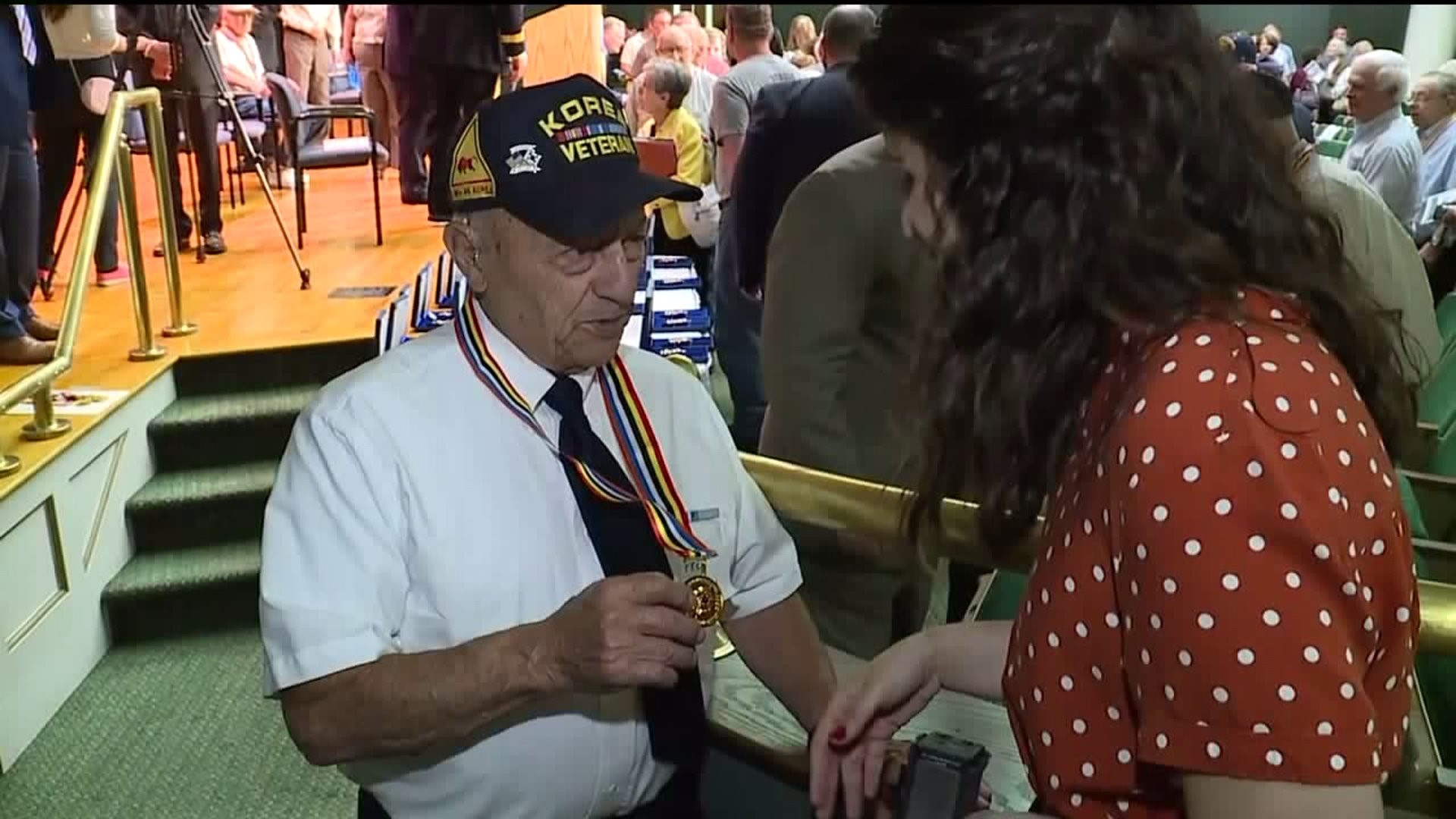 WILLIAMSPORT, Pa. -- A group of Korean War veterans in central Pennsylvania was honored Friday for their service nearly 70 years ago.

Hundreds of people attended the ceremony to honor those who served in the Korean War, but for many of the veterans, this was the first time they were recognized and thanked by the country they fought to save nearly 70 years ago.

In a room filled with family, friends, and elected officials at Pennsylvania College of Technology, 70 Korean War Veterans from central Pennsylvania were honored for their service.

Each veteran received the Korean Ambassador for Peace Medal.

"It's just a wonderful moment to be able to look a veteran in the eye and thank them for their service. Sometimes the Korean War is thought of as the forgotten war. I want to make sure these men know we haven't' forgotten their service and we still appreciate it," said U.S. Senator Pat Toomey, (R) Pennsylvania.

Sen. Toomey has been working to honor Korean War veterans across Pennsylvania.

This medal was created by the Republic of Korea as a way to show gratitude for the veterans' sacrifices nearly 70 years ago.

Fred Agnoni from South Williamsport was 18 years old when he served as a sergeant in the Army.

Some family members were there in memory of their loved ones who have already passed. We spoke with one woman who was here in her father's place.

"I have his Navy uniform and I'm going to put it in a long-standing shadow box so I can pass this along to my grandson," Jeanine Waltz.

Waltz's father Lee Fessler passed away 12 years ago. Waltz says her father served in the Navy and barely spoke about his time in the service. Receiving the medal on his behalf is a way to honor him and his sacrifice.

Korean War veterans who are interested in receiving the medal should contact Sen. Toomey's office for more information.