There are some new additions to a playground near Williamsport, and it's all thanks to a Girl Scout. 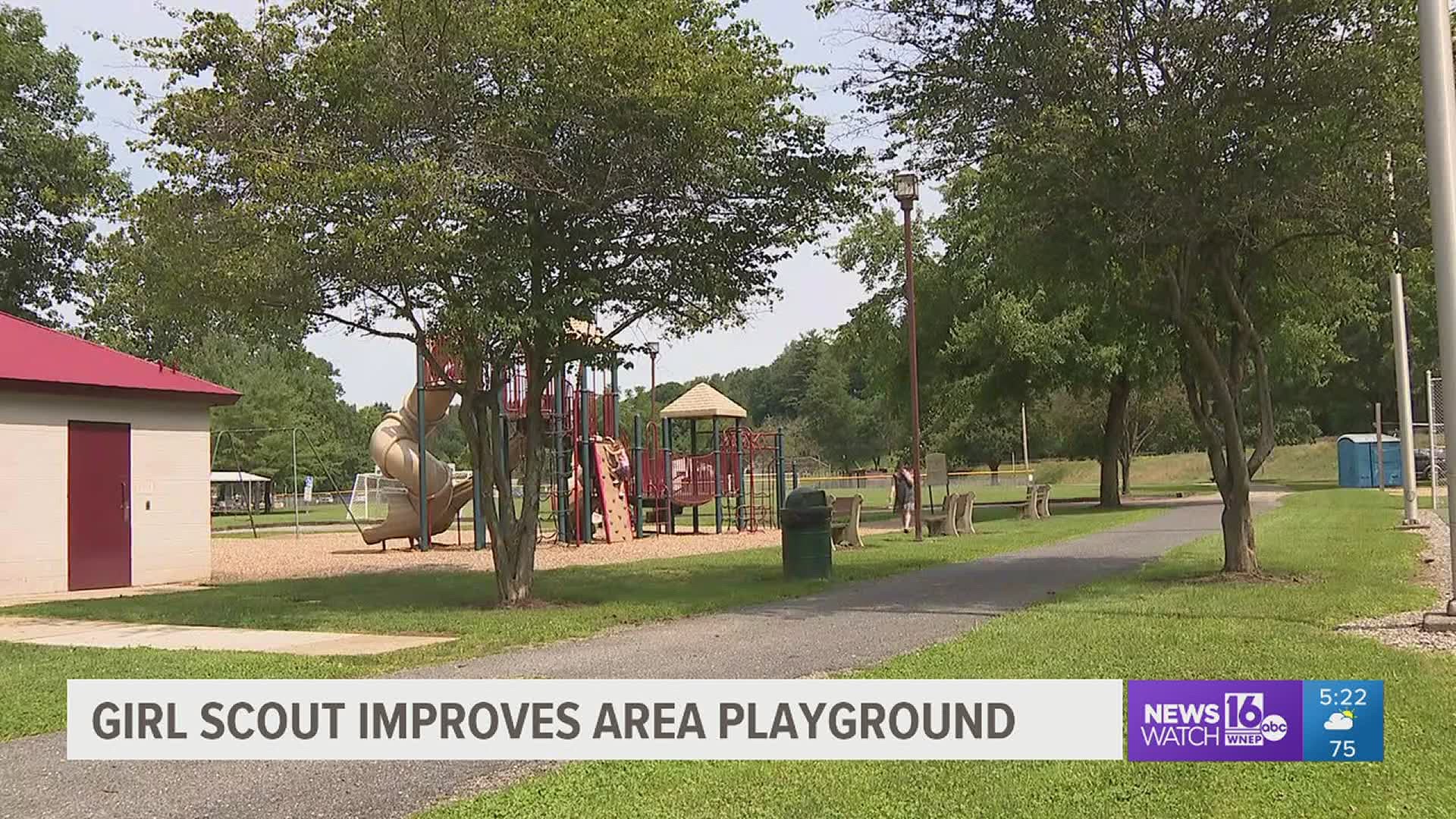 LYCOMING COUNTY, Pa. — Katy Schon has fond memories of playing at James Short Park, a playground near Williamsport. And the high school senior had some ideas on how to make the park even better for kids.

"I've played in this park, and I just wanted to make more options for kids in between the playground and the basketball hoops," Schon said.

Schon has been a Girl Scout for 13 years and recently decided to make this playground the focus of her final project called The Kids Korner by Katy.

"We started in the beginning of June putting down the pavement for the four square, and then we recently did the gaga ball pit. We started painting the shuffleboard, which has just finished now."

The project is Katy's gold award, which is the highest achievement a Girl Scout can receive.

The project cost around $7,000, and Katy paid for most of that herself by selling Girl Scout cookies.

"I've sold 4,000 boxes of Girl Scout cookies this year to help fund that, and last year I sold around the same, so we got around the same amount of money from that," she said.

Melissa Mix's daughter Avery is excited about the new attractions.

"I think it's great. It's super creative, something different from your usual swings and slides."