DANVILLE — A volunteer at the PSPCA near Danville plays with Molly, a two and a half month old basset hound. The puppy was brought here the day after Chri... 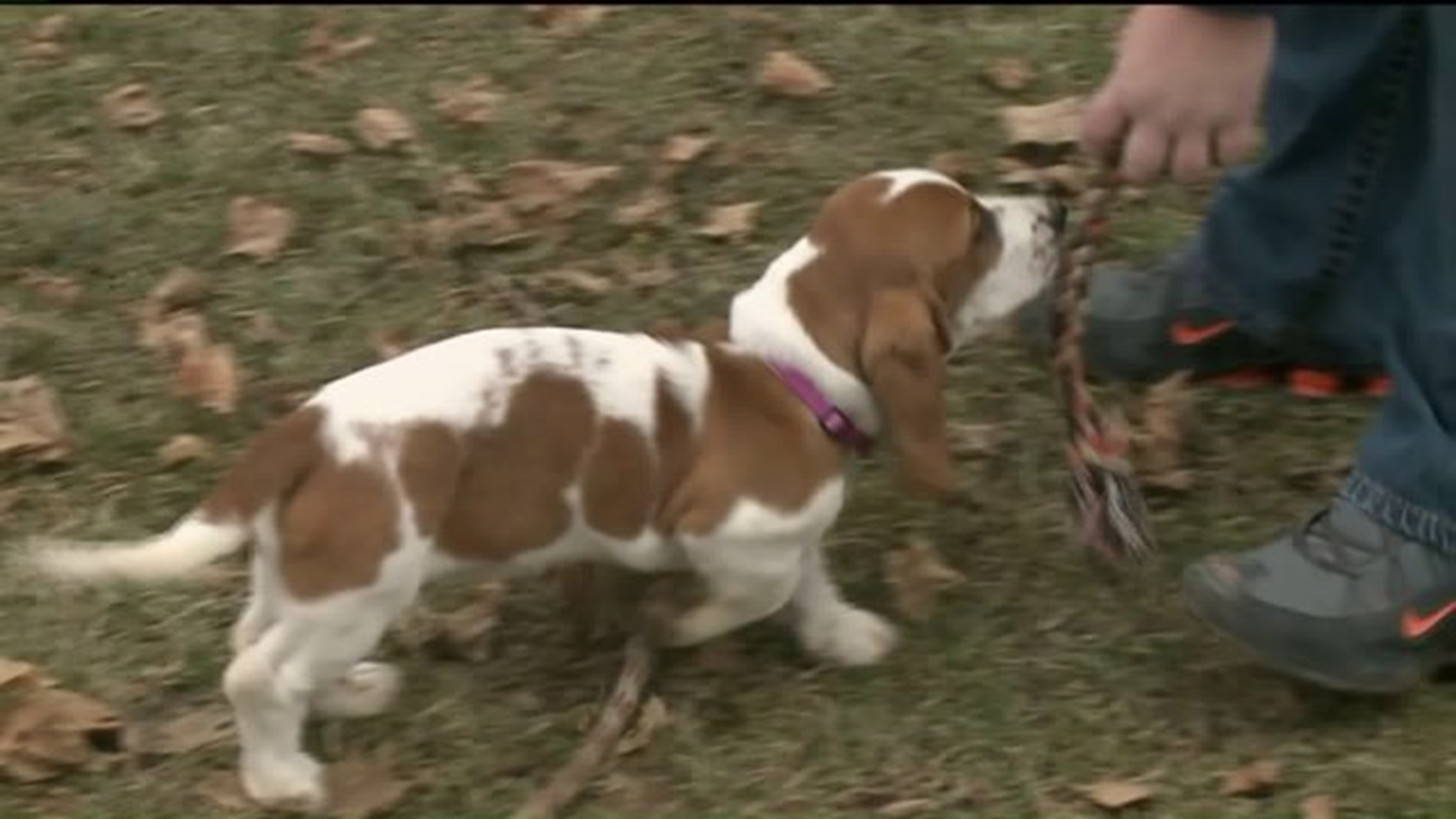 DANVILLE -- A volunteer at the PSPCA near Danville plays with Molly, a two and a half month old basset hound. The puppy was brought here the day after Christmas because her owners decided they could not take care of her.

"It's a pretty big commitment to take on a puppy and they weren't ready for it so they made a good decision in bringing her to us so we could find her a really good home," Carlee Fiddes said.

Employees at the PSPCA put Molly's picture on the shelter's Facebook page, and the next day there was a line out the door of people wanting to adopt her. She'll soon be headed to a new home.

"We don't recommend animals as gifts because that doesn't always work out," Vicki Stryker said.

The Lycoming County SPCA in Williamsport had several Christmastime pet adoptions. Shelter Director Vicki Stryker says she expects to see some of those pets back at the shelter within a few months. So she told Newswatch 16 some tips to prevent that from happening. Since puppies chew, make sure to get yours plenty of strong toys.

"Toys such as kongs where you can fill it with food and peanut butter and treats, where the animal can keep busy and have something to play with is good for a puppy," Stryker said.

Stryker recommends puppy training classes, and crate training your dogs. As for cats, employees at the SPCA can show you how to clip their nails to help with scratching.

"By planning ahead and getting them a tree to scratch on helps a lot," Stryker said.

The Lycoming County SPCA also sold gift cards for Christmas so that people could pick out the pet that's best suited for them.