LAPORTE TOWNSHIP — Folks who have an interest in expanding natural gas drilling deep into the Loyalsock Forest in Lycoming County met Thursday behind clos... 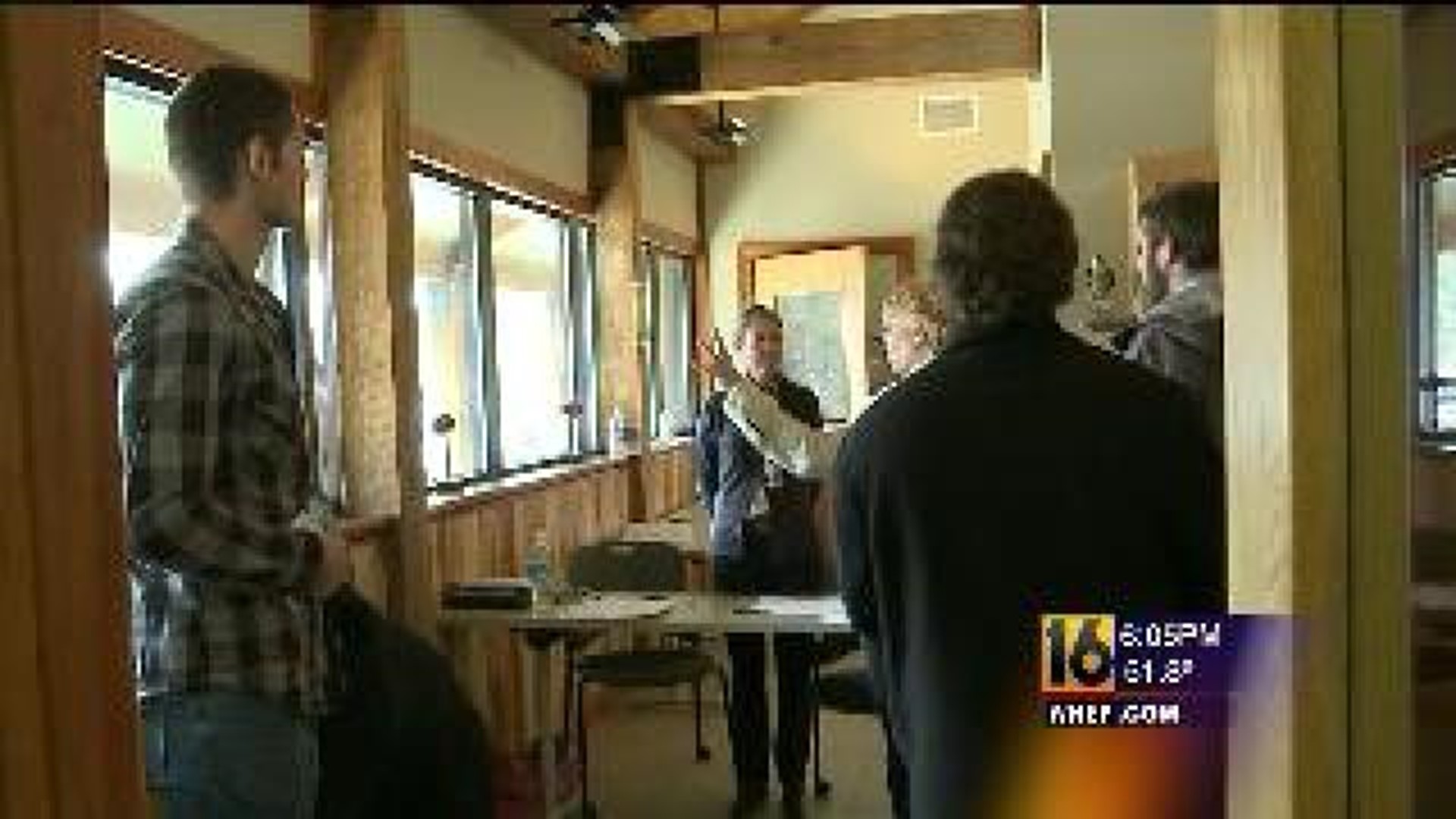 LAPORTE TOWNSHIP -- Folks who have an interest in expanding natural gas drilling deep into the Loyalsock Forest in Lycoming County met Thursday behind closed doors.

Opponents say the expansion would ruin the pristine nature area.

Roughly 50 people, many of them public officials, took part in an invite-only meeting about gas drilling in the state forest.

The public was kept out of the nearly two-hour long meeting in Sullivan County and the media was also. Because of that, some people wonder if state forestry officials will ever hold the same kind of meeting for the public.

All sorts of local officials arrived at the Loyalsock State Forest near Dushore, including commissioners from Lycoming County, state lawmakers, and environmental advocates, each of them invited by the state forestry department.

The meeting was meant to discuss controversy over drilling for natural gas in the Loyalsock State Forest.

"This is just a business meeting to get folks up to speed on what's going on."

Newswatch 16 reported last week about his ties to the natural gas industry and a possible conflict of interest environmental groups say he has serving as chairman of the senate natural resources and energy committee. Today he didn't want to talk to us.

"No, and I don't know what part of N O you don't understand. Last week we talked and you turned it into a totally negative article, something that should have never been done," said Sen. Gene Yaw (R) 23rd district.

Concerned citizens showed up hoping state officials would change their minds but were kept out of the closed-door meeting.

"It's a meeting that concerns gas drilling on state forest land. We hike, we camp, we enjoy the great outdoors, this can be taken away from us," said Dean Marshall of Benton.

"Representing WNEP, we'd like to officially protest not being allowed in a meeting."

After the meeting, DCNR Secretary Rick Allen insisted the public was involved, calling everyone in the meeting a "stakeholder" in the state forest.

"That was a crowd that you selected.  They are local stakeholders, and they have a local interest," said Allen.

However, two of those so-called stakeholders say it seems as if state forestry officials are trying to keep the public in the dark.

"There's no reason, based on what we were told today, that the general public shouldn't have access to the same information," said Kevin Heatley of Responsible Drilling Alliance.

"Many times around the table, that was the question, when will the public meeting happen," said Samantha Pearson, local chapter of the Sierra Club. "In this case, the answer is this was our public process."

One party missing from that meeting was Anadarko Petroleum. That's the natural gas company seeking access to parts of Loyalsock State Forest for drilling.

State forestry officials say the issue is a complicated, legal one and there has not been a decision made yet.