Both Les Neverman and Bianca Armbruster are rehabbing at UPMC Susquehanna in Williamsport. 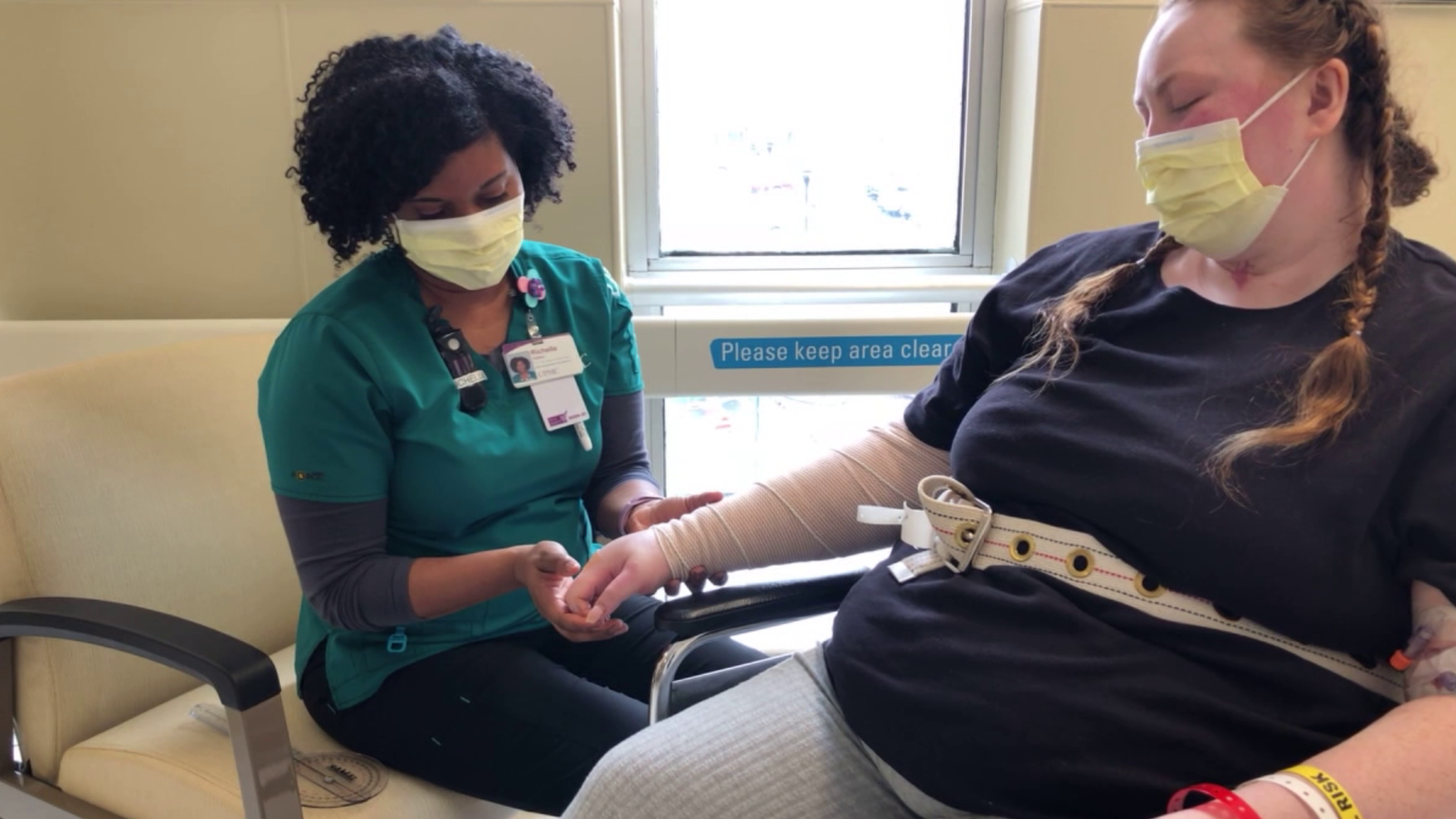 "It was the most chaotic accident I ever saw. I mean, tractor-trailers were thrown around like kids' toys," said Joe Hanstine with the Susquehanna Regional EMS.

Both Les Neverman and Bianca Armbruster, from out of state, were involved in the crash and sustained serious injuries.

"A broken knee, patella bone. There is also a gash on my bone, and I have two breaks in my arm and my wrist and a broken elbow," said Bianca Armbruster, who was involved in the crash.

The two are currently in rehab at UPMC Susquehanna in Williamsport.

Les is a 73-year-old truck driver who was driving to Wisconsin, and Bianca was on her way to Nebraska to visit her family when they both got involved in the crash.

"I feel beyond lucky and grateful, I can kind of walk on my walker but beyond grateful that I walked away from this," said Armbruster.

Bianca remembers nothing from the day of the crash. Emergency crews worked for more than five hours to remove her from her car.

"It is amazing how teamwork can essentially save lives when you work together," said Hanstine.

Both Les and Bianca hope to be discharged from the hospital before the end of January.