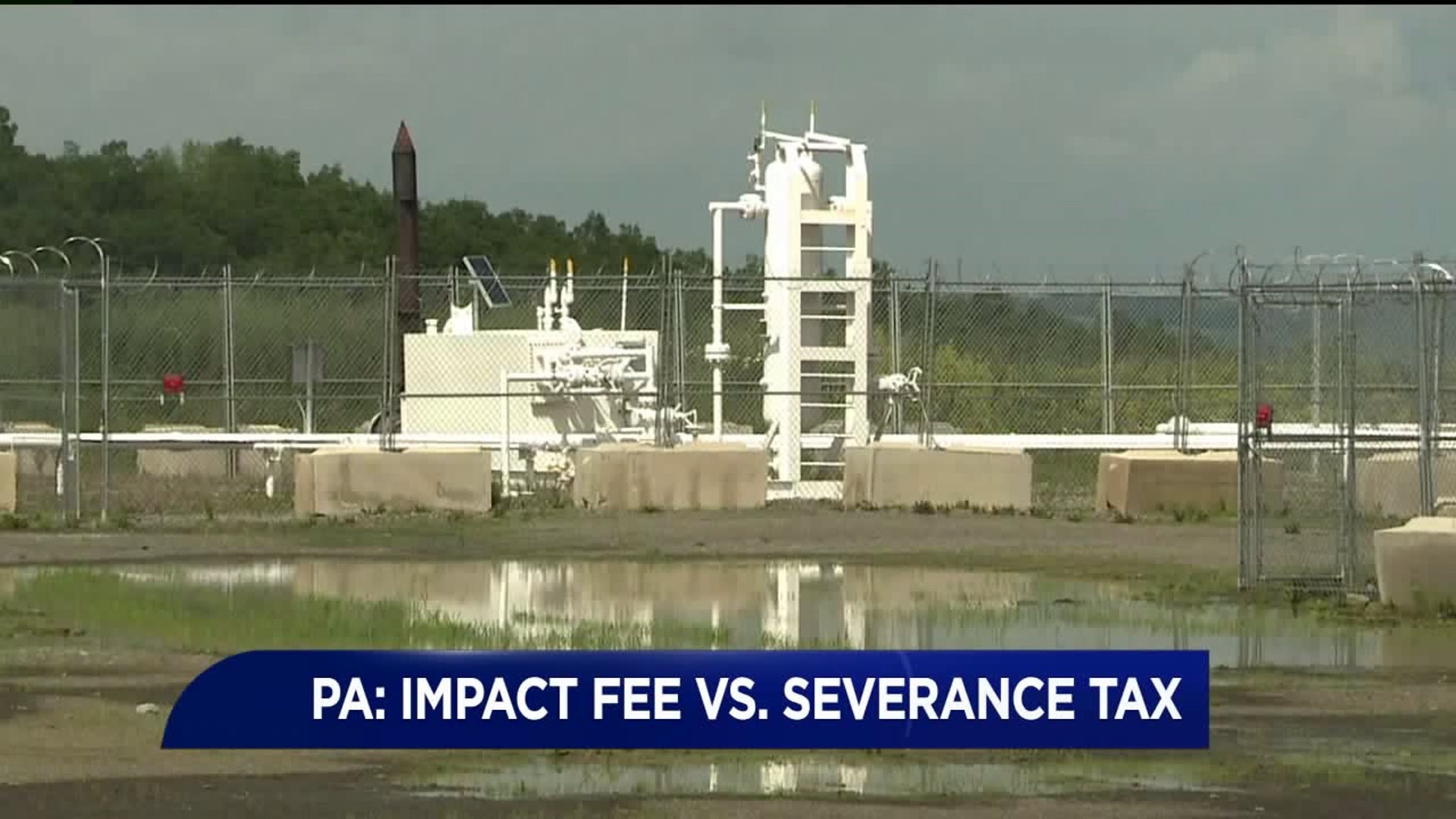 Lawmakers and supporters of the state's impact fee gathered in Williamsport Thursday to talk about why a severance tax is not needed.

Pennsylvania's impact fee has been around since 2012. The impact fee is collected from natural gas drillers every year and the money goes back to communities in Pennsylvania.

Elected officials were in Williamsport Thursday talking about why they think the impact fee is better than Governor Wolf's proposed severance tax.

Since 2012, Pennsylvania's impact fee has generated about $1.4 billion collected from natural gas drillers. Local officials gathered outside the Williamsport/Lycoming Chamber of Commerce to discuss why they believe the impact fee works so well.

"Townships have been able to support fire companies, their EMS, take care of their roads, and take care of a myriad of issues," said State Rep. Garth Everett, (R) Lycoming County.

"It's an opportunity for us to talk about the tax that's paid in Pennsylvania already. There's been a lot of hype around the infrastructure plan the governor is out talking about," said David Spigelmyer, president of the Marcellus Shale Coalition.

Pennsylvania is the only gas-producing state that does not have a severance tax.

"Pennsylvania is the only state with an impact fee. We're the only state that has figured out how to actually get the money where the impact is," said State Sen. Gen Yaw, (R) Lycoming County.

"It looks a little different in its name, its effect is the same. Frankly, it's probably structured even better," Spiegelmyer added.

The lawmakers discussed several ways the impact fee has helped this area, including helping to expand the Susquehanna River Walk, which has gotten more than $300,000 dollars in impact fee money.

"Our impact tax in Pennsylvania takes in more money than does the severance tax in the combined states of Colorado, West Virginia, Ohio," Everett said.

Gov. Wolf says Restore Pennsylvania would invest $4.5 billion over the next four years into projects across the state.

In his five years in office, the governor has not had any success with the Republican legislature in his efforts to implement a severance tax.