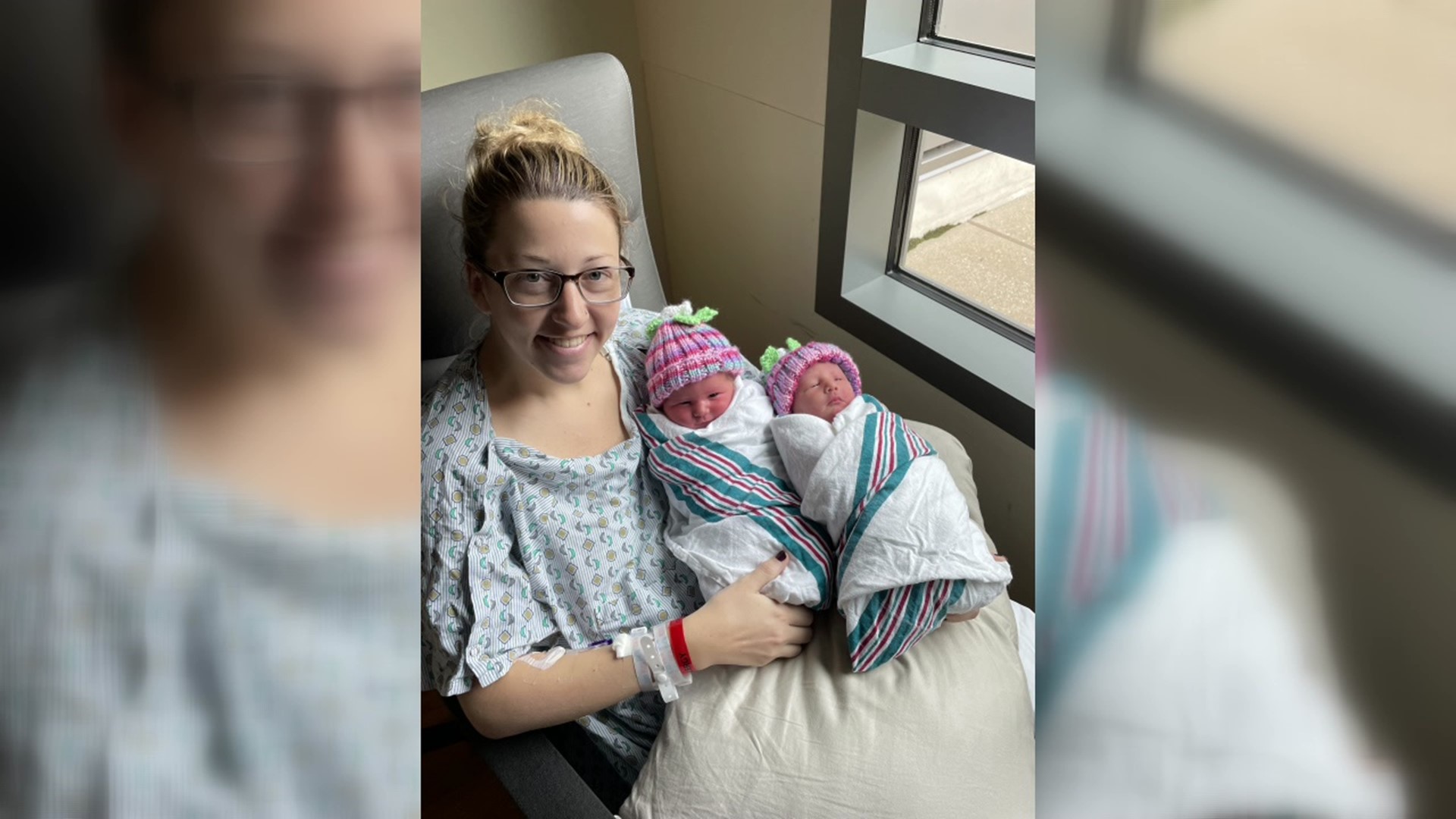 WILLIAMSPORT, Pa. — Hillary Leonard and Mallory Delaney are identical twin sisters who now share an incredible story that happened in April. That's when Hillary did something that many would say is almost impossible. She gave birth to her own set of identical twins.

"It was definitely heartwarming knowing that I grew up as an identical twin, and now my children will be able to experience the same thing. It is a feeling like no other," said Hillary Leonard, the mother of the newborn twins.

The twins Hillary and Mallory both work at UPMC Williamsport. Mallory works in the hospital's birthplace, helping deliver babies. She got the chance to help her twin sibling during the birth of the newborns.

"It was really exciting. I remember my heart pounding while waiting for them to bring Ryleigh, or Baby A, over to the warmer for us," said Mallory Delaney, Hillary's twin sister.

"She is an L and D (labor and delivery) nurse, but she was there as support for me and my family, and like it will always be a special bond that I hold with her outside of being an identical twin, and it is a special bond she will always hold with my children," said Leonard.

The newborns, Ryleigh and Raegan Leonard, are just six months old. The hope is that the two babies one day bond like Hillary and Mallory do now.

"We obviously don't remember what it was like for us as babies. Just to imagine that we probably experienced that as children and now for my kids to experience that as well, a lot of emotions. But nonetheless, one of the greatest feelings I ever been able to have in my life," said Leonard.

As far as odds go, medical professionals aren't exactly sure of the likelihood of something like this happening. They say genetics plays no role in the birth of identical twins.