MONTOURSVILLE — Hundreds of model trains were stolen from a model railroad supply store in Lycoming County Monday morning.  The owner of the store says th... 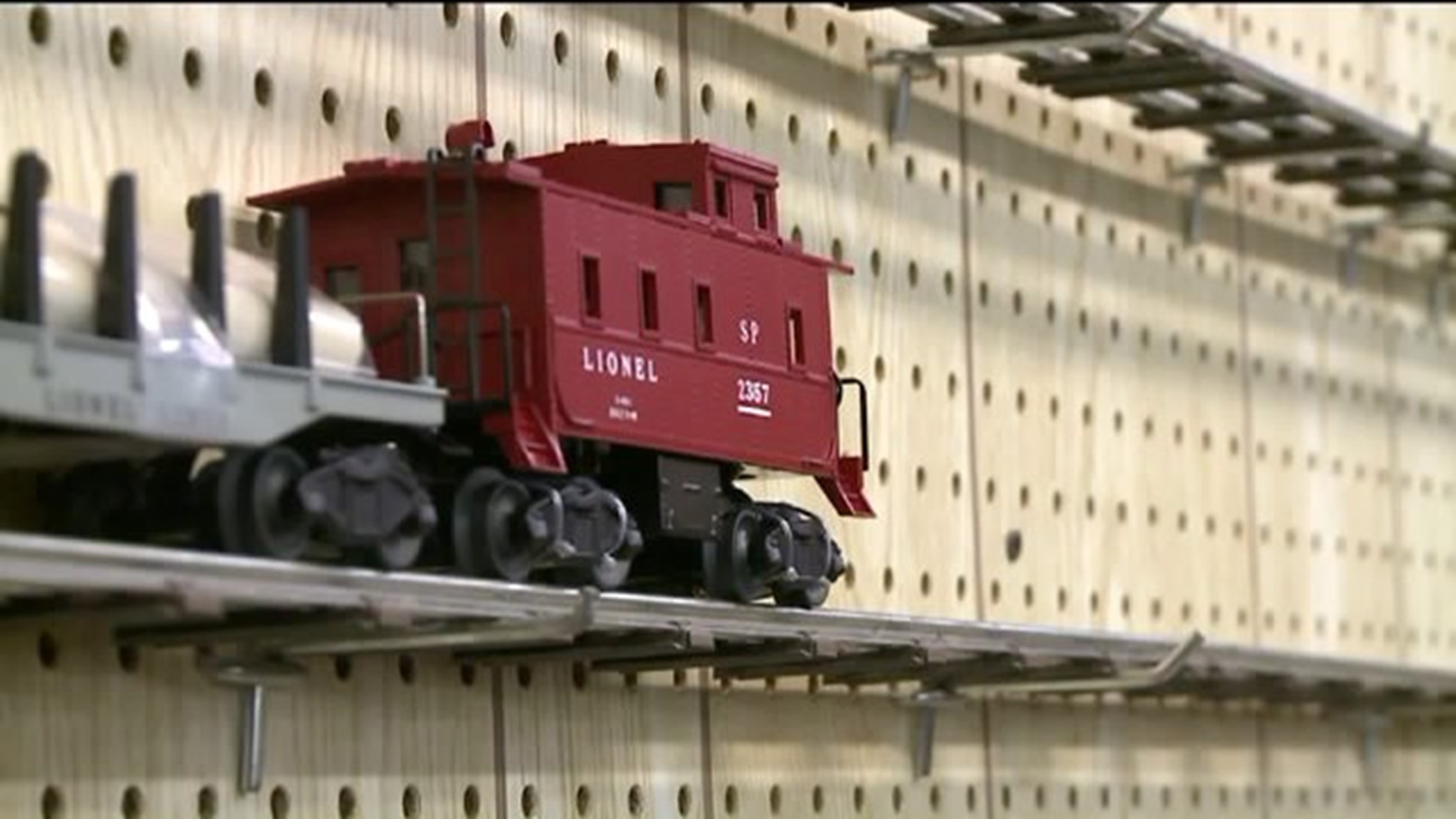 MONTOURSVILLE -- Hundreds of model trains were stolen from a model railroad supply store in Lycoming County Monday morning.  The owner of the store says the thieves got away with nearly $80,000 worth of merchandise.

Dozens of model trains used to cover the wall at English's Model Railroad Supply in Montoursville. Now some shelves are bare.

“It`s really kind of startling when you walk in and everything is empty,” said Lee English, owner of English’s Model Railroad Supply.

Lee English owns the model railroad supply store. His family has been in business for over 50 years. This week employees opened the door and found the place was burglarized.

“My stomach sunk to the bottom of my feet and it was quite shocking.”

Montoursville police say hundreds of trains and train sets were stolen from the shop early Monday morning. The store's surveillance cameras caught two men in masks in the store.

“Lionel, Mike`s Train House, American Flyer. They knew what they wanted. Those are very sellable at train shows,” said English.

“A lot of the items will not be, we won`t be able to replace them,” Richard Cox, manager of English’s Model Railroad Supply.

At first, English says he wasn't sure how the burglars got in. Windows were shut. Doors were locked.

“I glanced over and underneath the desk here, there was hole going right outside,” said English.

A portion of the steel siding in the front of the building was cut away. It has already been repaired, but that is where employees say the thieves got in.

“We had some real very nice shrubbery here and it hid the hole in the wall,” said English.

Once inside, English says the thieves filled carts in the store with trains.

"Loaded up, pressed the electric button, and walked out the door."

“By what I`m hearing left out of here, sounds like somebody who is going to turn around and train show it,” said Larry Fink from Lock Haven.

Employees say some of their customers come from out of state. Larry Fink drives from Lock Haven to buy train supplies.

“Money is money. Wherever you can turn a buck at someone else`s expense, some people won`t stop at anything,” said Fink.

English's Model Railroad Supply does have insurance to cover the stolen merchandise. The owners didn't release the surveillance video, but did say they plan to update their surveillance system.