WASHINGTON TOWNSHIP, Pa. — Farmers in central Pennsylvania are sending truckloads of hay and other supplies to Nebraska after historic flooding and a late... 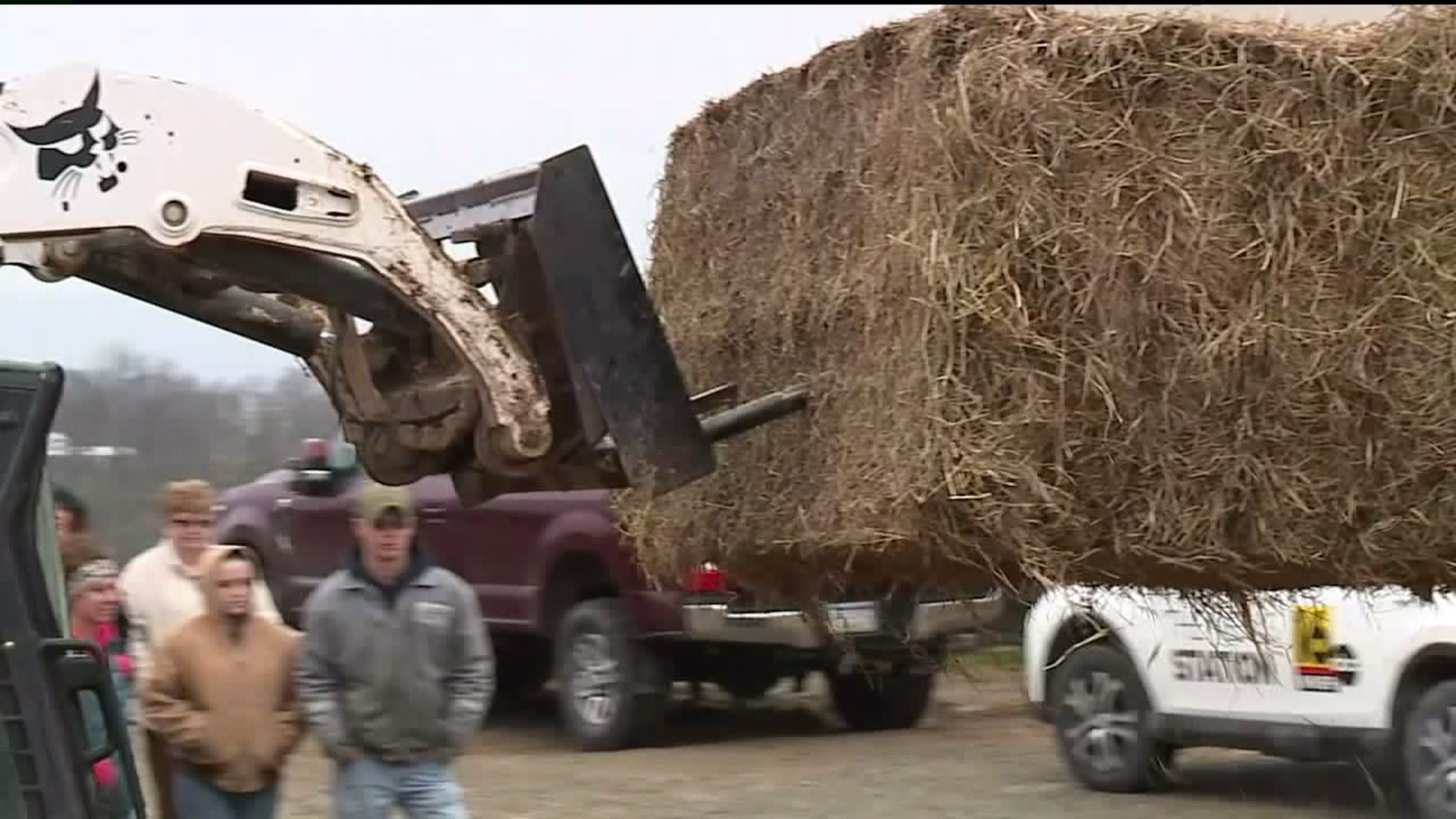 WASHINGTON TOWNSHIP, Pa. -- Farmers in central Pennsylvania are sending truckloads of hay and other supplies to Nebraska after historic flooding and a late winter storm caused millions of dollars in damage.

With 50 to 100 percent of their hay ruined, ranchers in Nebraska need support.

A group in Lycoming County has been able to collect about 90 tons of hay and some of it is already on its way to the Midwest.

Bales of hay, some with special messages, were loaded onto the back of a tractor-trailer bed on Friday at South Creek Acres just outside of Montgomery.

Hay was donated by farmers in central Pennsylvania and will soon be on its way to Nebraska.

Historic flooding and a late winter storm caused millions of dollars in damage. Nebraska ranchers lost 50 to 100 percent of their hay.

"Absolutely devastating. I mean I have never seen that much livestock in piles and it's heartbreaking," said Loretta Myers, Lycoming County FFA Alumni.

Lycoming County Future Farmers of America Alumni and the Lycoming County Farm Bureau have teamed up to help ranchers in the Midwest. Members tell us this is their chance to give back.

So far, about 90 tons of hay has been donated.

"We said, 'Yep you're right. Let's do this,'" said Clay Koser, Lycoming County FFA Alumni president. "Within 12 hours, we had donations coming in."

And they're still coming in. Beth Miller traveled from Jersey Shore.

"As long as you have enough to get by, you help someone else. That's the farmer way of life," Miller said.

This group of farmers plans to send out more than just their donation of hay. They also have other supplies and have raised about $10,000.

Students with Future Farmers of America are set to meet near Montgomery on Saturday to help load more trucks that will head to Nebraska.