SOUTH WILLIAMSPORT, Pa. — Most of the attention at the Little League World Series is focused on the players, but the tournament would not be possible with... 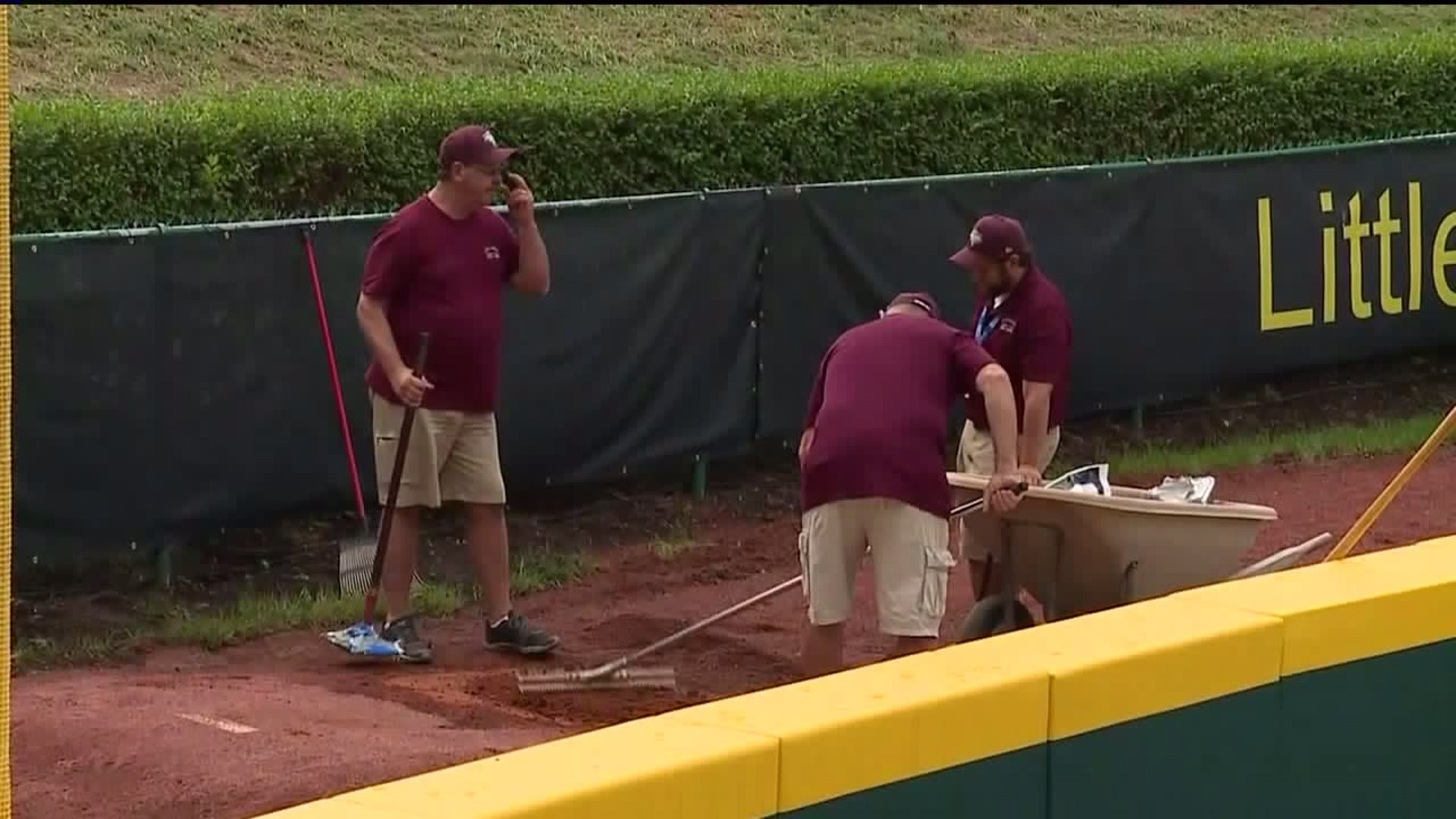 SOUTH WILLIAMSPORT, Pa. -- Most of the attention at the Little League World Series is focused on the players, but the tournament would not be possible without the grounds crew, especially after rain on Tuesday.

The grounds crew at the Little League World Series is made up of mostly volunteers. They work long days making sure the fields are safe and also look nice.

For many Little Leaguers, Lamade and Volunteer Stadiums are two of the most cherished baseball fields in the world. It's a dream to play on these fields in South Williamsport.

But when it rains, the dirt on these fields is the same as any other. It gets muddy, slippery and dangerous. That's where the grounds crew comes in.

"We're out on the mowers. We've got all the other guys out on the infield, the plate, the infield skin, touching up the track -- basically whatever is needed," said head groundskeeper Rob Guthrie.

Most of the grounds crew is made up of around 20 volunteers. They show up at 7 a.m. and stay until the games are over.

Rain on Tuesday made for extra work on Wednesday.

"These guys have been out in their rain gear doing everything they can, covering the fields. As soon as it stops, they are out there with fans and dryers," said Northwest Region manager Sean Cherry.

"We'll put fans under them so they'll blow up and shed water as it's raining. We'll just watch them throughout the day, make sure they don't fall down. If there's standing water, we will push it off," Guthrie explained.

It's not only Lamade and Volunteer Stadiums the grounds crews have to worry about. They also take care of numerous practice fields throughout the Little League complex.

"I haven't seen any difference. The grounds crew is awesome. They make sure we can all play and not get injured," said Northwest Region player Cooper Smith.

"I'd like to bring some of these guys back to Idaho and have them work on our fields!" Cherry added.

Get more information about the 72nd Little League World Series in South Williamsport.