Game Farms Bounce Back After Flood

Two farms in Lycoming County that raise pheasants for hunting were hit hard by flooding one year ago. This year, the game farms are back to full production afte... 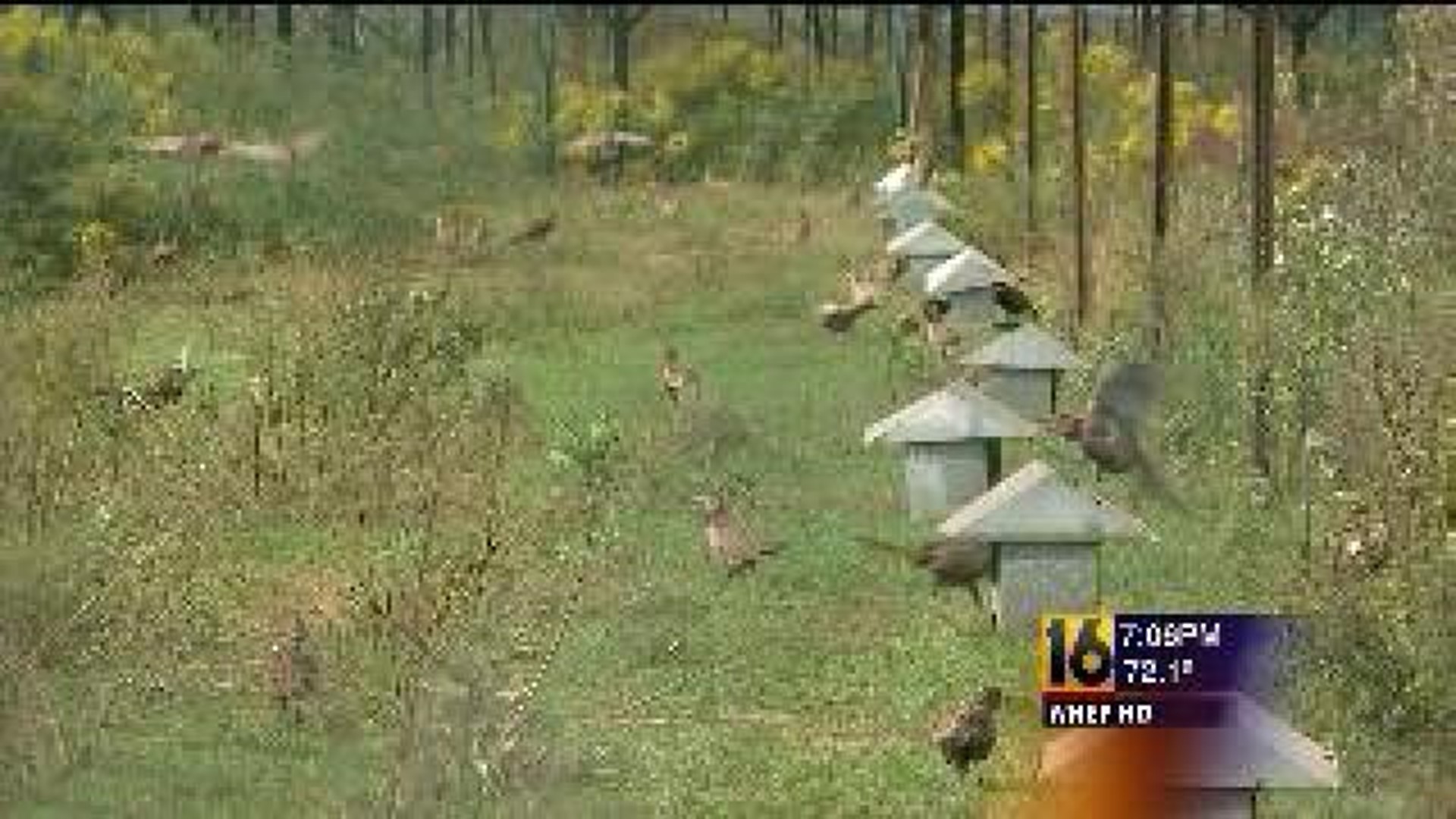 Two farms in Lycoming County that raise pheasants for hunting were hit hard by flooding one year ago.

This year, the game farms are back to full production after the devastation.

The feed is flowing again and the pheasants are growing at the Northcentral Game Farm. Located along the Loyalsock Creek north of Montoursville, floodwaters walloped the game farm one year ago. Thousands of pheasants meant for stocking at state game lands escaped or died.

Tons of damage was done, even entire buildings were destroyed.

"There's still a lot of work to do, odds and ends stuff. There's enough pen space for all the birds. I would have never dreamed that would have happened," said assistant superintendent Brad Stine.

A comeback at this game farm was made possible by employees who worked up to 60-hour weeks in order to get the place back to full production, said Stine.

"It took a lot of time, effort, a lot of people put in extra hours to get it done," added employee Tim Wheeland.

When the raging creek ripped through the Loyalsock Game Farm north of Montoursville last year, it ripped down a lot of holding pens for the pheasants. This year, some of the pheasants pens have been moved to higher ground and workers are still replacing netting that was torn down last year.

"We would not be back at full production if we did not have the open winter. Because we pounded posts you can't do when the ground's frozen," said Loyalsock Game Farm Superintendent Tim Schriner.

The Loyalsock Game Farm is several miles downstream from the other farm. One year after losing pheasants and suffering lots of flood damage, officials said each farm will release about 50,000 pheasants for the hunting season ahead. That is back to pre flood levels and then some.