Freezing Outside for Cool Cash

MUNCY CREEK TOWNSHIP — Even on the coldest days, some people are outside for their job, but not many are like the man we met near the on-ramp for Intersta... 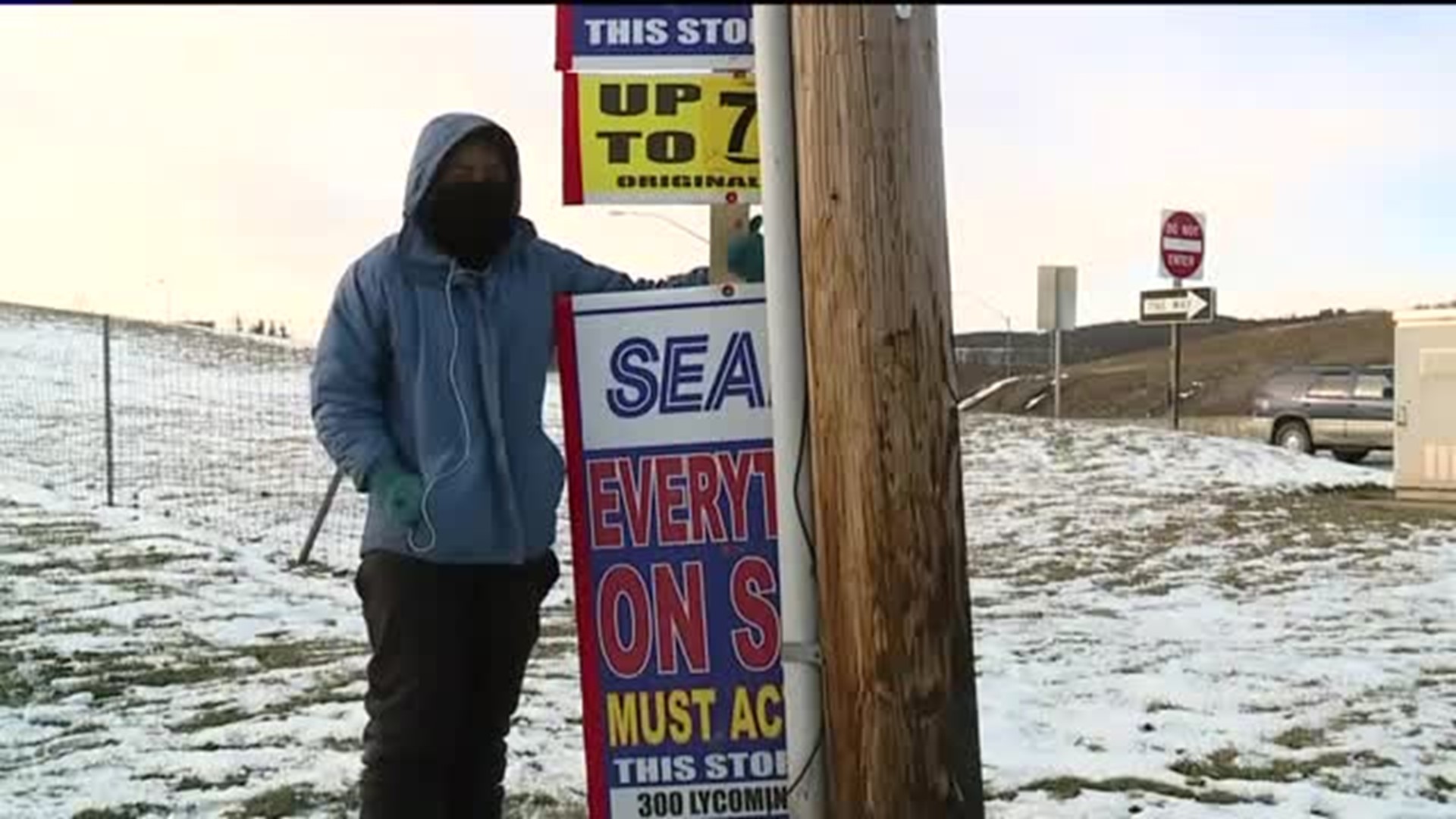 MUNCY CREEK TOWNSHIP -- Even on the coldest days, some people are outside for their job, but not many are like the man we met near the on-ramp for Interstate 80. For the next two days, he plans to be outside in hopes of bringing in a paycheck.

They're bundled up but these two are not so happy about being outside, especially Isaac Dixon. The 20-year-old from New York State blames his friend for their current predicament.

"I didn't tell him it was going to be this cold," said Taylor.

The two men have been hired to hold enormous "store closing" signs for Sears, an anchor store at the Lycoming Mall.

For the next two days, the friends plan to withstand the frigid winds in exchange for some cool cash.

And for good reason; he gave his girlfriend his gloves to wear in the cold so instead of mittens, he's wearing his girlfriend's socks on his hands.

Dixon tells us he tries to keep his mind off the cold. He's focused on doing his job grabbing people's attention which he seems to be doing especially well today.

"I seen a couple of people look at me like they have the same as what I'm thinking. What am I doing? Why am I out here?"

"We seen one at the other red light coming in at the mall. I saw a guy standing out there and I told her, he's got to be nuts!" said Timothy Emery.

We called the people at Sears to ask why there were people standing out in the frigid weather to advertise a store closing and no one from the company has returned our calls.

As for Isaac and his friends, they plan to be out again on Saturday in Lycoming County.