WILLIAMSPORT, Pa. — The Central Pennsylvania Food Bank is on a mission to make sure no family goes turkey-less this Thanksgiving. Thanks to the food bank ... 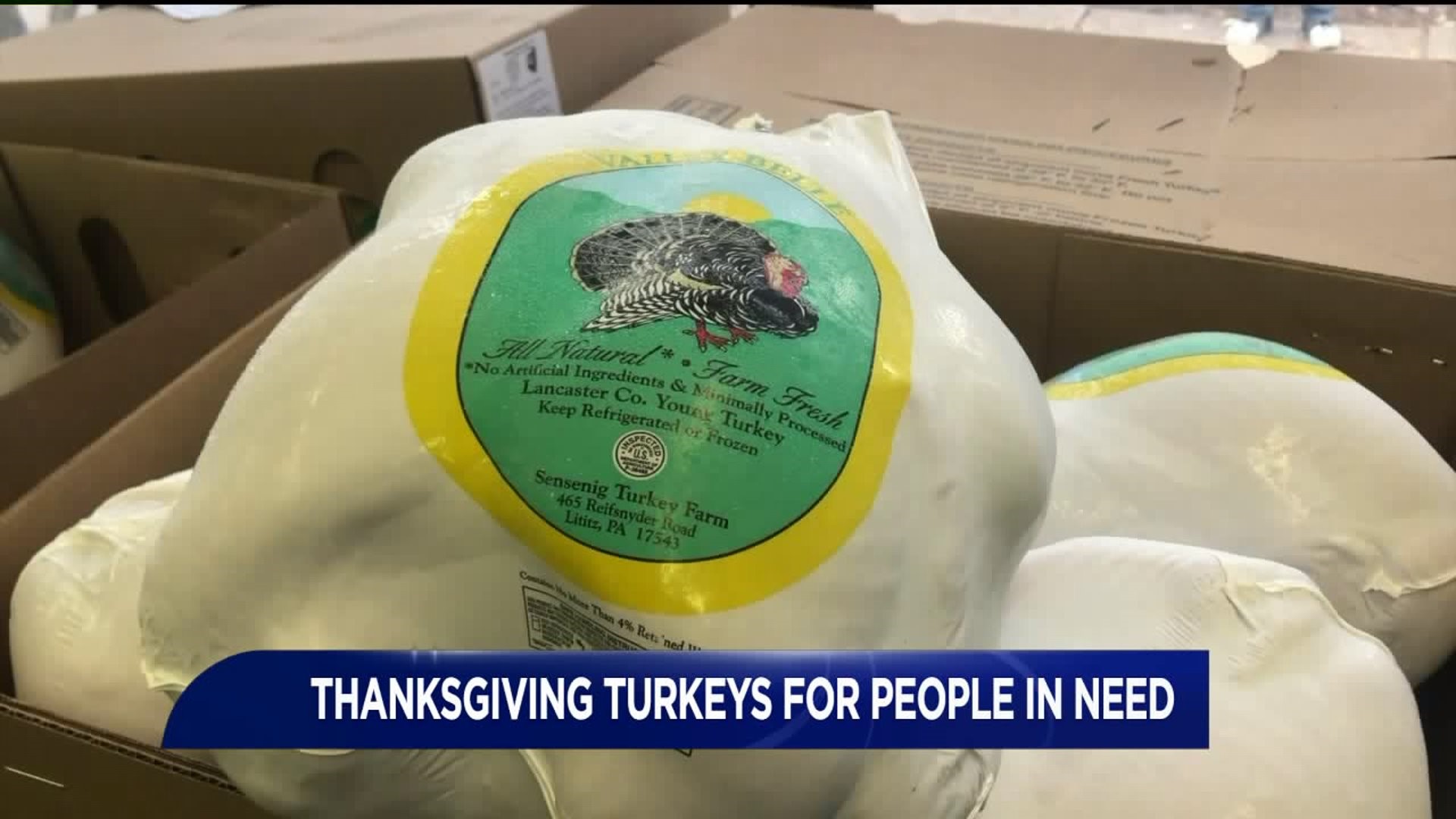 WILLIAMSPORT, Pa. -- The Central Pennsylvania Food Bank is on a mission to make sure no family goes turkey-less this Thanksgiving. Thanks to the food bank and a local restaurant owner in Lycoming County, hundreds of people will have food on their plate during the holiday.

Twice a month, the Central Pennsylvania Food Bank distributes food to people in need at the Newberry Church of Christ in Williamsport. However, this distribution included a special item.

"We're passing out turkeys to people so everybody can have a turkey and food for their Thanksgiving dinner," Patricia Bryan said.

More than 120 turkeys were donated by Tony Ecker, the owner of the Brickyard Restaurant & Ale House in Williamsport.

Each person who came to get a turkey received a bag full of Thanksgiving delicacies such as stuffing, corn, and green beans.

Without the donations, Doris Bennett says she wouldn't be able to purchase a turkey on her tight budget.

"I'm in the business of putting smiles on people's faces, and you know if this is another way we can do it, that's what we do," Ecker added.

The Central Pennsylvania Food Bank told Newswatch 16 that the donation from Ecker will help feed 256 people on Thanksgiving.