LEWIS TOWNSHIP — Firefighters put out smoke and flames every day, but what happens when the damage is at their own house? That’s what happened to a ... 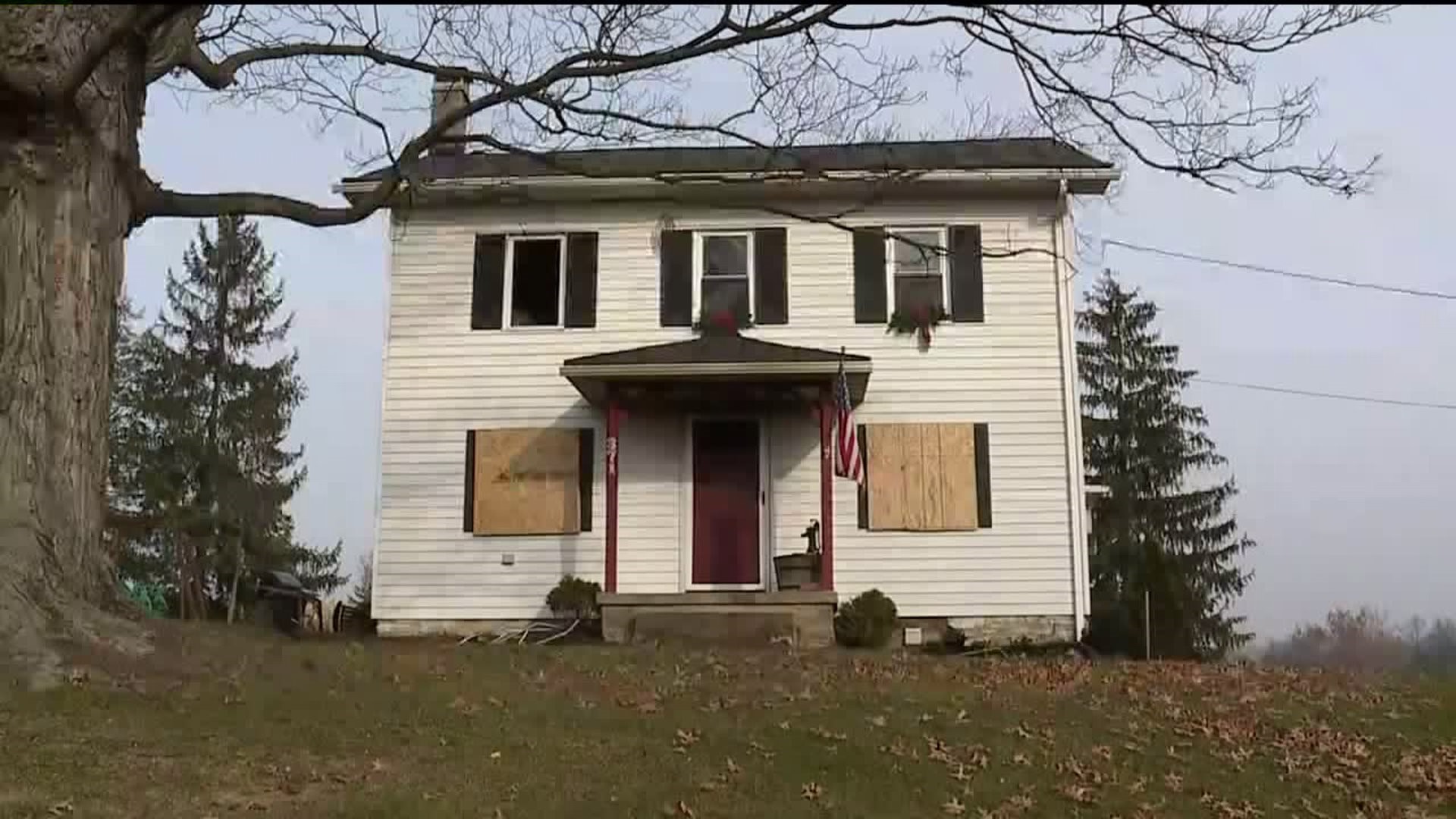 LEWIS TOWNSHIP -- Firefighters put out smoke and flames every day, but what happens when the damage is at their own house? That's what happened to a Williamsport firefighter after his house near Turbotville caught fire.

J.J. Lyons is a Williamsport firefighter. He was in Bellefonte hunting on Saturday morning when he got a phone call no one wants to get -- his house was on fire.

The situation was so bad that two firefighters got hurt trying to douse the flames and the home was destroyed.

Lyons is used to being around fire-damaged houses, but not looking at his own house, which has nearly $400,000 in damages after smoke and flames ripped through it.

"It's a lot different with the shoe being on the other foot. It's normally the other way around where we're trying to help other people," Lyons said.

Lyons has been a firefighter in Williamsport for 10 years. He's usually the one fighting the fire, but a phone call from a co-worker on Saturday morning, while he was hunting an hour away, changed his life.

"I knew that I was so far away that there was really nothing I could do about it. So I just kind of kept my composure and made the trip home."

Lyons lives with his wife and 5-year-old daughter. No one was home at the time.

"By the time I got back here from Bellefonte where I was hunting, half the guys were already here. As soon as I pulled in, they came over to see what I needed."

According to a state police fire marshal, the fire was caused by an electrical malfunction in the basement.

Two firefighters got hurt while trying to put it out. They are both recovering at home.

As for the Lyons family, "home" is currently with family, but the firefighters in Williamsport came together for their friend and comrade.

The firefighters are collecting clothing, toys, and household items for the Lyons family. Even though Lyons lost so much, he tells Newswatch 16 he feels blessed.

"The outpouring of people trying to help me has been a humbling experience."

If you would like to donate to the Lyons family, donations are being collected at the Williamsport Bureau of Fire Department on Walnut Street.