Firefighters say the couple who lived here was able to make it out safely. 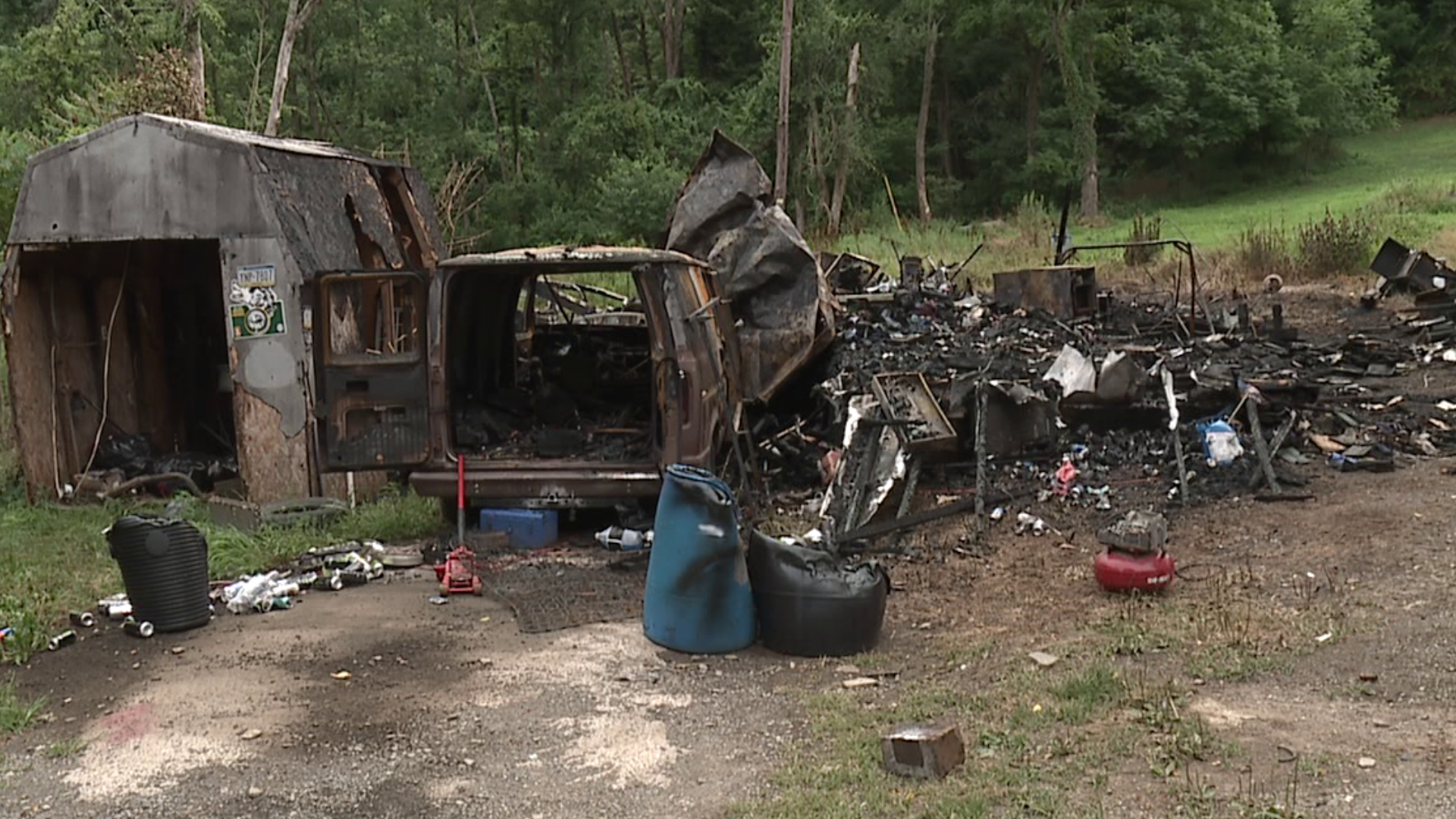 Firefighters said the couple who lived there was able to make it out okay, but two of their dogs died.

Firefighters said the fire started around 9 o'clock on Pine Run Road in Wolf Township and it took about two hours to get it under control.

The fire destroyed the couple's van and all of their belongings.

"We heard the popping and the explosion noise and seen the big ball of fire and then I was shaking so bad and crying I called 911," Neighbor Wendy Shaner said.

"I got really scared. I felt really bad and started panicking. Then ran down there and pretty much waited," Neighbor Cassie Shaner said.

Neighbors said firefighters were able to make it to the trailer home within ten minutes, but much of the damage was already done.

The couple was able to rescue most of their pet dogs from the fire, but two dogs unfortunately died.

Newswatch 16 tried to talk to the couple, but they did not want to speak with us on camera.

Family members tell us the couple did not have insurance on their home.

In the meantime, neighbors are trying to do what they can to help.

"I was just talking to some of their family members last night and they said that they already had a place to stay but I said if they need any help to let me know," Wendy Shaner said.

Firefighters are still working to figure out a cause on what sparked this fire at the trailer home near Hughesville.