Four tenants were living in the building at the time of the fire. 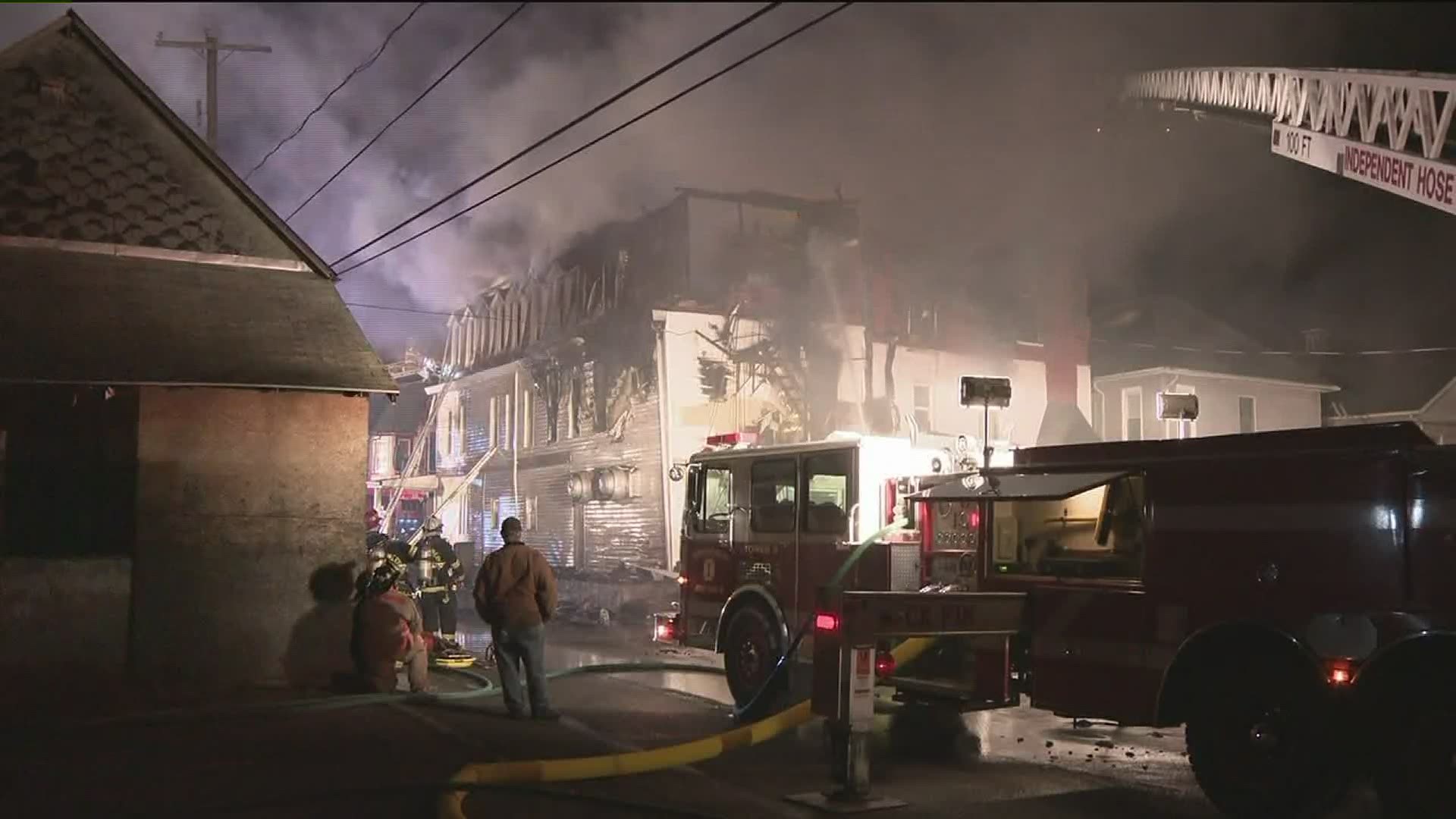 JERSEY SHORE, Pa. — Emergency crews responded to a large three-alarm fire that destroyed the top two floors of the Broadway Hotel. Neighbors say the flames broke out around 10 p.m. Saturday.

"There was a massive fire coming out from all over. It started basically in the back, and then it was all across the top," said Mary Clarke of Jersey Shore.

"That was pretty scary like normally you don't see stuff like that right outside your door," said Abbey Boyer of Jersey Shore.

The cause of the fire is still being investigated by Pennsylvania State Police.

Four tenants were living in the building at the time of the fire.

According to neighbors, one person had to rescued from the top floor of the hotel, while another man made it out the front door of the building with burns on his hands.

"I heard somebody yelling help, help up in the upstairs front apartment," Clarke said.

"He had no clothes, and he was like yelling for help, so we brought out a chair for him and tried helping him as much as we could," added Boyer.

Clarke lives right next door to the Broadway Hotel. She says that it was one of the scariest situations that she has ever been apart of.

It is still unknown how much damage was done to the building, and officials are not sure if the building will have to be condemned.