Farmers Scramble to Harvest During Heat

SUSQUEHANNA TOWNSHIP, Pa. — Farmers in central Pennsylvania only experience these kinds of temperatures a few weeks out of the year. Tebbs Farms near Sout... 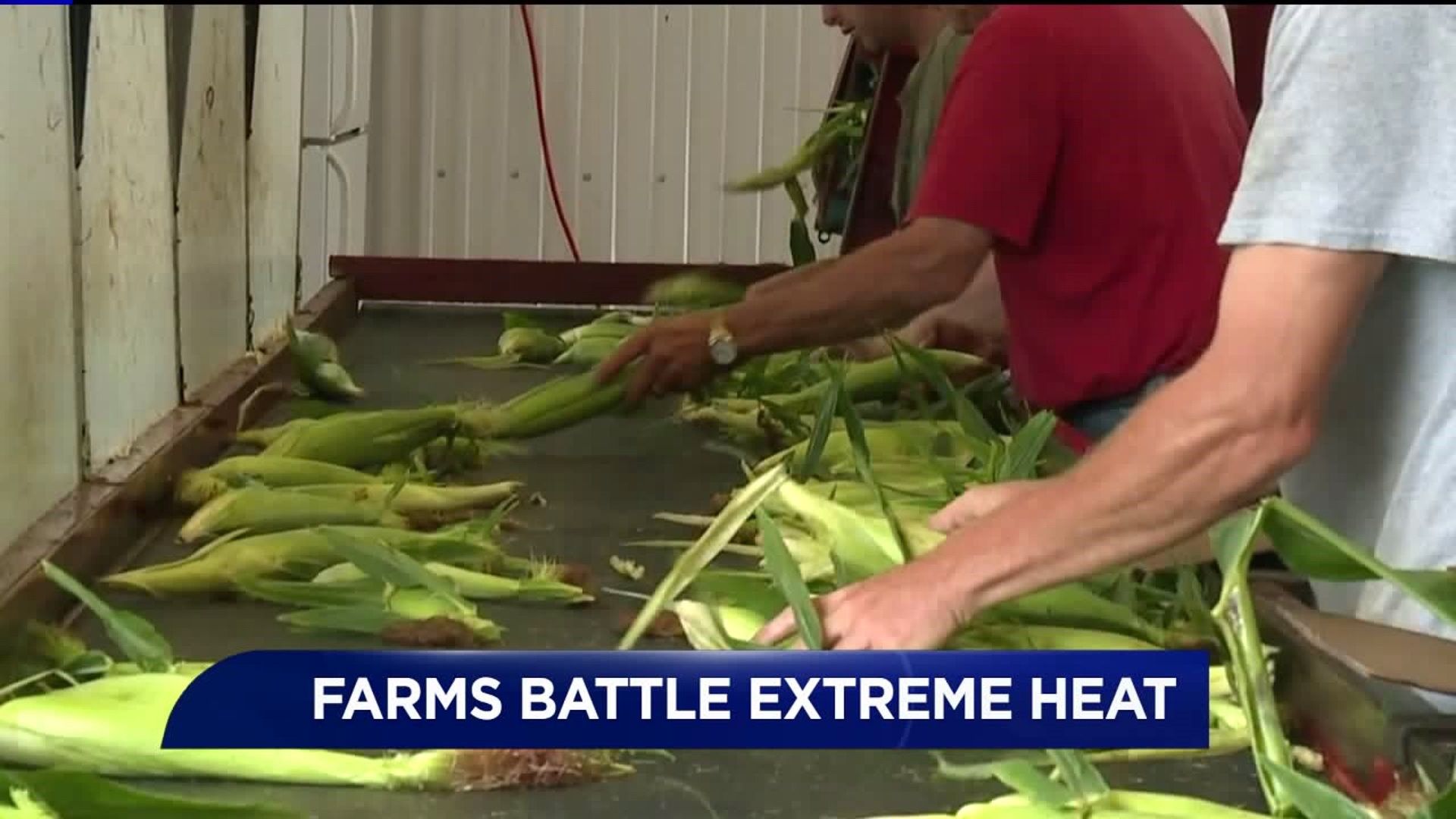 SUSQUEHANNA TOWNSHIP, Pa. -- Farmers in central Pennsylvania only experience these kinds of temperatures a few weeks out of the year. Tebbs Farms near South Williamsport is doing all they can to beat the heat.

John Tebbs is the owner of Tebbs Farms in Nisbet. He and his team are racing to keep production up before the extreme temperatures of the day settle in.

"When we're picking corn, we start earlier in the day, when its cooler, and then we quit earlier, like now. We're done for the day picking sweet corn because it's going to be way too hot this afternoon," Tebbs explained.

Tebbs says the high temperatures have helped crops such as corn which were hurt by all the rain we've had.

"We just have a lot of spots in the corn where it's died out, or you know, it's drowned it to the point where it's not matured and holds it back, so it's been a struggle."

With an extreme rise in temperatures during this heat wave, crops such as sweet corn tend to come on faster, meaning they need to move from farm to market at a quicker pace or they'll dry out.

"You have to have a market for it, that's just it. If you get behind on it, you have to leave it if you can't use it when its prime."

Most of the corn and produce from the farm comes straight to Tebbs Market in Williamsport.

"We do have a cooler, so we try to keep everything in there and just bring out little amounts at a time," said Rachel Tebbs.

The rise in temperatures has actually been good for business.

"We actually see a rise in business during heat waves because you know BLTs sound better, corn on the cob, cantaloupe and watermelon. Anything that somebody doesn't have to heat up their kitchen for is what they are looking for and we have all that."

Tebbs adds that he appreciates the warm weather for his crops but he would not mind if Mother Nature sprinkled in a day or two of light rain to help cool things off a little.