SOUTH WILLIAMSPORT, Pa. — It’s time to play ball in South Williamsport! The Little League World Series is here once again. The players are excited and so ... 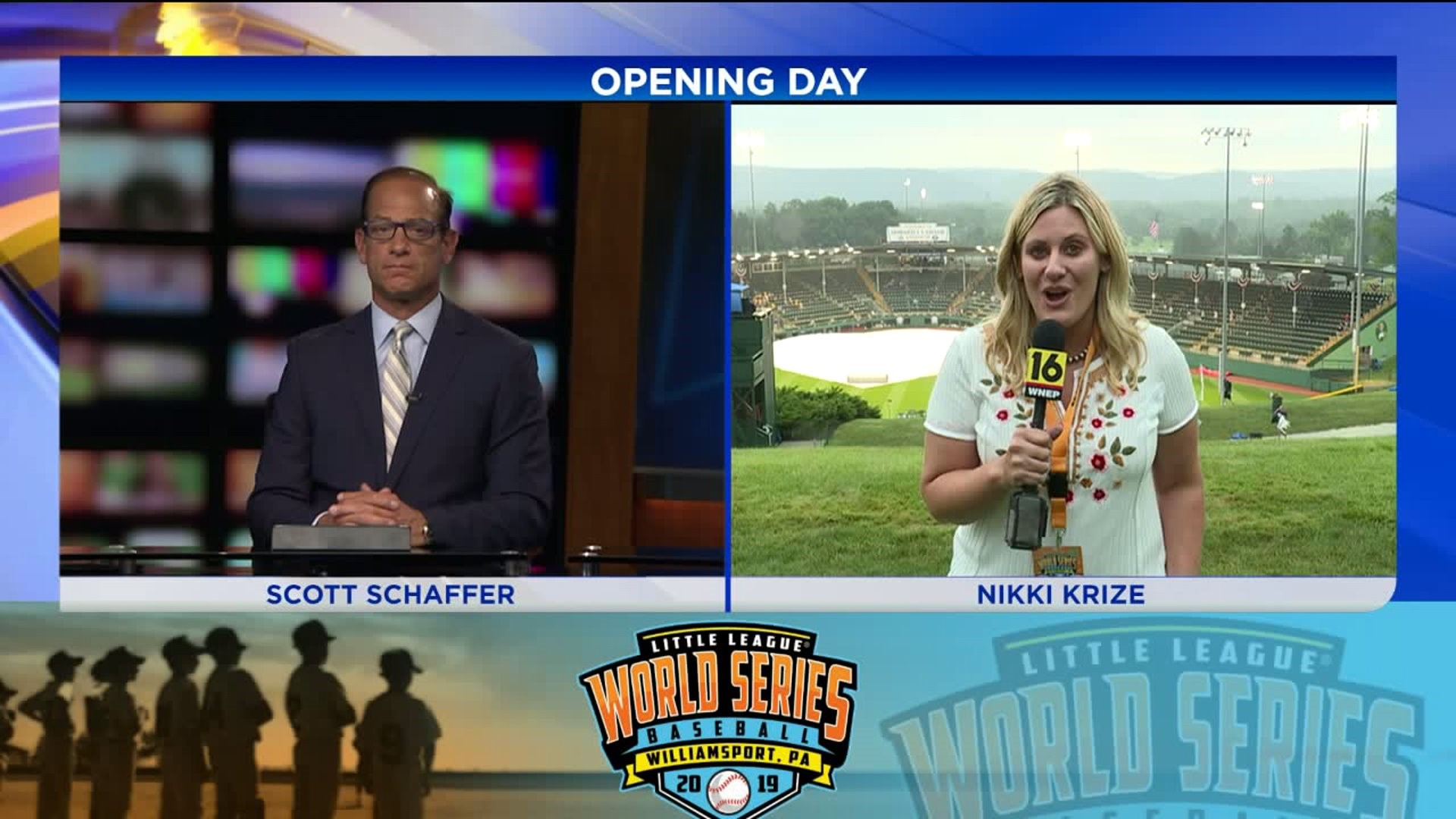 SOUTH WILLIAMSPORT, Pa. -- It’s time to play ball in South Williamsport! The Little League World Series is here once again. The players are excited and so are the fans.

Fans come to South Williamsport from all over the world for the Little League World Series. Patrick Densmore and his wife Joanne are from Medford, Oregon. They were driving cross country on their way to Kentucky when they realized a team from Oregon is playing in the series.

“Watched their last game on TV and they won so we said, ‘Ehh we’ll change our minds. We’ll come here first and then go to Kentucky,’” Densmore said.

Fans who came for opening day got to see four games plus opening ceremonies.

While many people travel a long way to come to the games, it's a day trip for a lot of others.

“Something to experience. I coached little league softball for years and I like the experience. It’s close by, 15-20 minutes away,” Bob Thew of Northumberland said.

“We’re big little league fans and my daughters worked at Little League. We’ve been coming here for a long time and it’s been real special to bring him,” Gretchen Carpenter of Montoursville said.

Carpenter brought along her grandson Zeke. It's his first Little League World Series.