LINDEN — After nearly 40 years, a family run sub shop in Lycoming County is ready to close its doors for good. Chris Michaels can’t cash out all the... 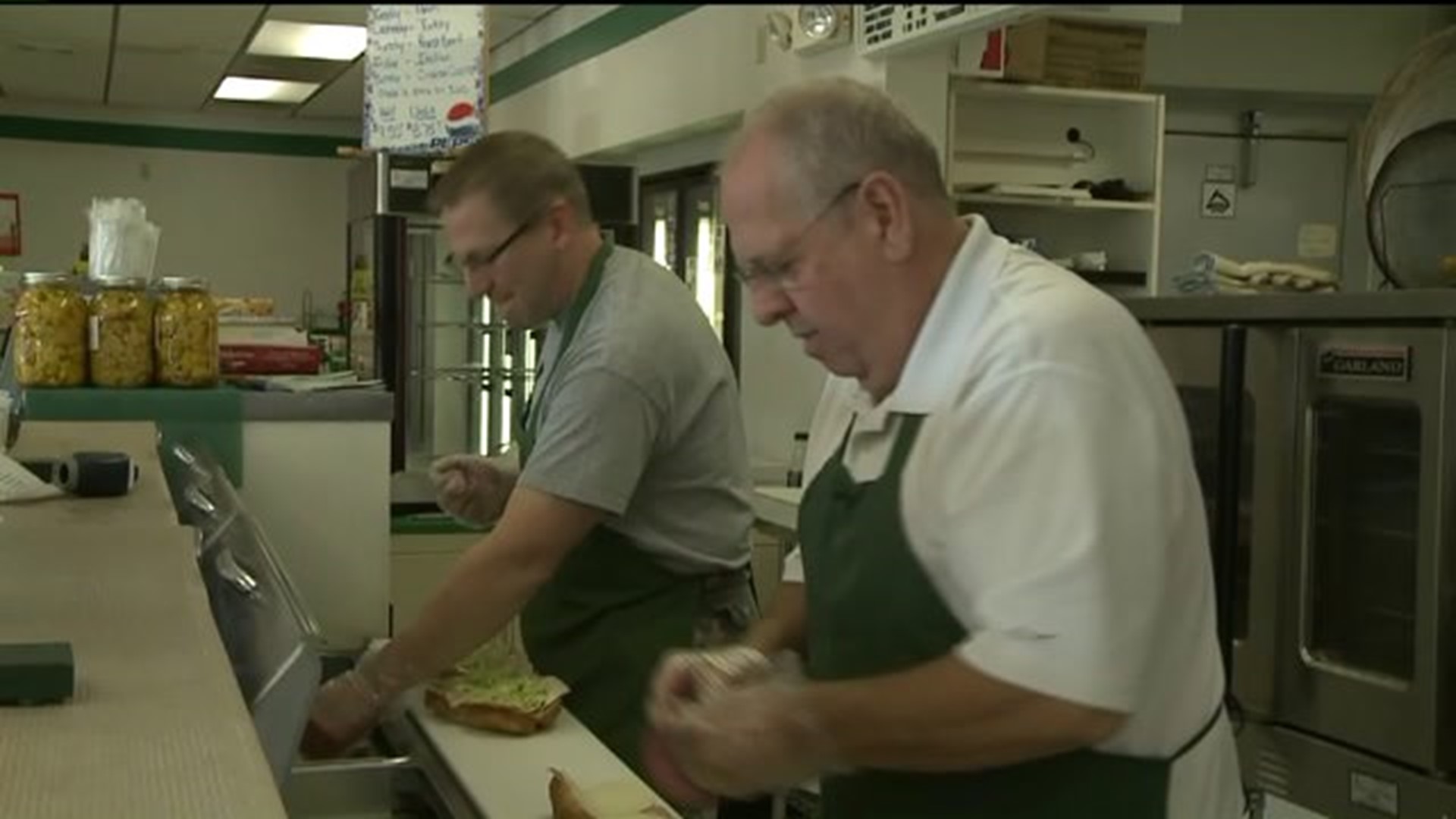 LINDEN -- After nearly 40 years, a family run sub shop in Lycoming County is ready to close its doors for good.

Chris Michaels can't cash out all the customers and fill sub orders on his own when it gets busy at the Mountain View Deli and Samurai Subs Shop in Linden, so it's a good thing he works well with his co-workers--who are also his parents and his brother.

"It's demanding. It is a seven days a week job even if you aren't here," said owner Bill Michaels.

"That's this business. Everyone is in a hurry, you know, so they got places to go to," said Chris Michaels.

But people aren't just coming in to order their subs, many long-time customers who have become friends are stopping in to say goodbye.

"I heard it on the radio that they were closing, so I said to my husband I want to stop here and get a sub on my way home," said Dorothy Confer of Lock Haven.

After nearly 40 years, Bill and Lee Michaels have decided to close their business. They want to sell the shop that's attached to their home and is open every day of the week.

"This store has held us back from doing a lot of vacations, you know? You can do a short day trip," said Bill Michaels.

"Best subs around. I don't know where I am going to go from here, but you know, there probably won't be any to compare to them," said Nancy Cosentine of Salladasburg.

"I'm going to miss this store. These people gave my son his first job and a lot of other kids in the neighborhood started here. It's going to be deeply missed," Scott Scruggs of Linden said.

"It's going to be a loss for us, too, as much as it is for the customers," said Bill Michaels.

"It has to come to an end sometime, and I think this is our time," Lee Michaels added.

The family run business will be open until November 20.