WILLIAMSPORT, Pa. — Given a few months to live, Gerry Ayers of Lycoming County is hoping to use his time helping others understand and come to accept the ... 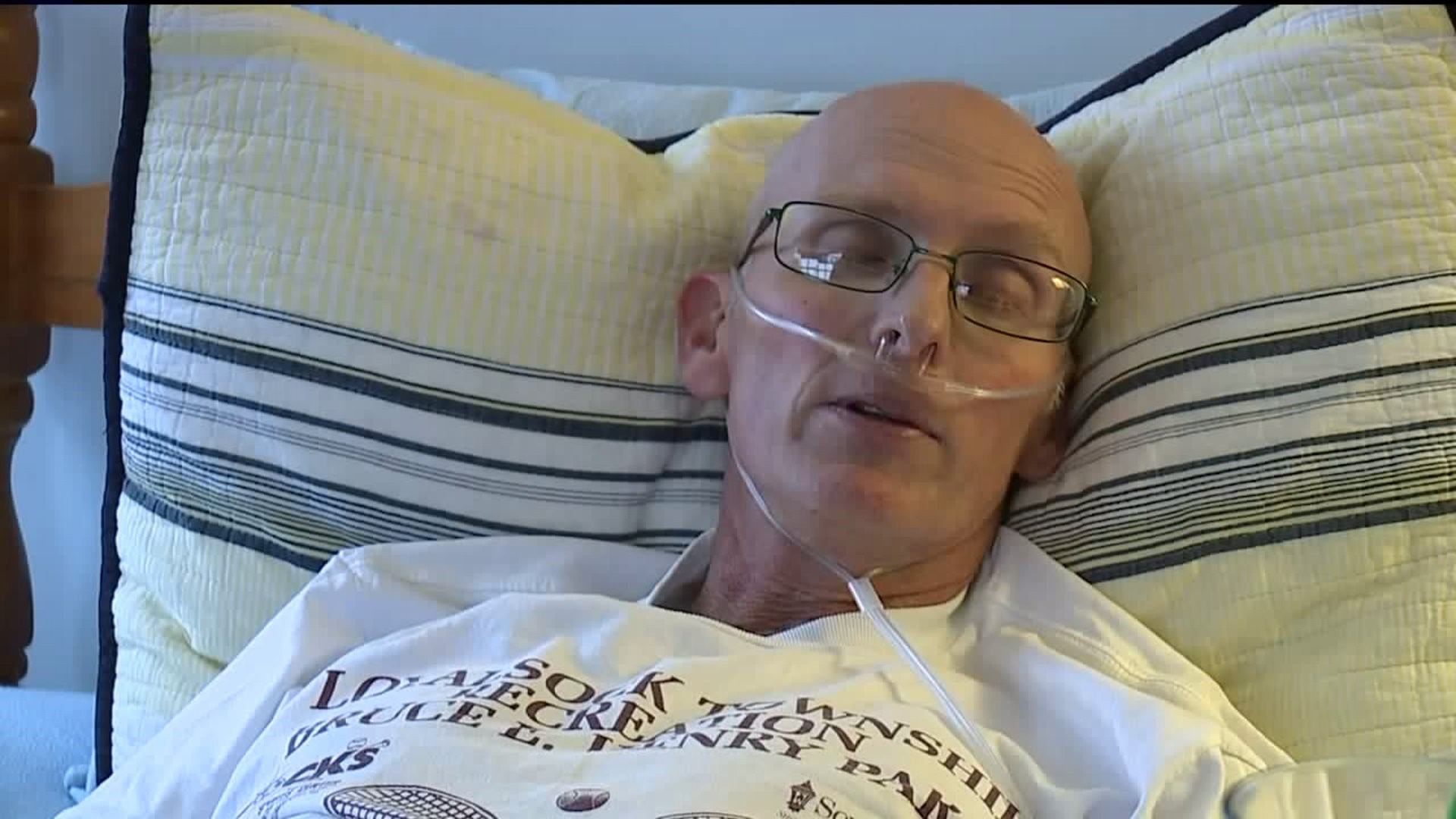 WILLIAMSPORT, Pa. -- Given a few months to live, Gerry Ayers of Lycoming County is hoping to use his time helping others understand and come to accept the very delicate topic of death.

We first introduced you to Gerry a few weeks ago, and since then, his health has declined.

Diagnosed with stage-four colon cancer, Gerry was given four to six months to live, but his health has declined.

Over the weekend, he moved in with family and has begun hospice care.

"The younger brother always wanted to tag along with the older brother and play flag football with his friends, not my friends. I'm sure I was a pain in his side," Geoffrey said.

Nonetheless, Geoffrey has stayed close to his brother Gerry's side even now.

"He was always so athletic and so strong. The contrast is pretty stark. The changes have been dramatic and swift."

Geoffrey's brother Gerry has been diagnosed with stage-four colon cancer and been given months to live.

"Family is huge when you come to this stage of the game," Gerry said.

"What can we change about the situation?" Geoffrey asked. "There's nothing really we can change, so we try to accept what we cannot change, and that's kind of where I'm at right now."

Gerry's health has declined quicker than he expected. Last week he stopped working, and over the weekend, Gerry moved in with his brother, his sister-in-law Jennifer, and his niece and nephew.

"There was no question in mind. When he couldn't be alone anymore, he would be here. There was no other place. He was going to be here," said Jennifer Ayers.

As Gerry loses strength, his family is there to help lift him up.

"Cancer is a heck of a thing to bring family together, but we all knew that I had to come to terms with it and so did they. We came together as a team," Gerry said.

"Respect is what makes it work," Geoffrey added. "Respecting Gerry's wishes, just standing back and giving him the space to do what he wishes, I guess that's a form of love, a sign of love, right? Respect. Let them live their life to the last day as they see fit."

Gerry also wanted us to mention that those arguments and disagreements that many families have seem so trivial now at this point in his life.

He says he's so thankful he can turn to his family when he needs them the most.

Gerry wants to continue to share with us so we plan to follow him as he continues this journey.