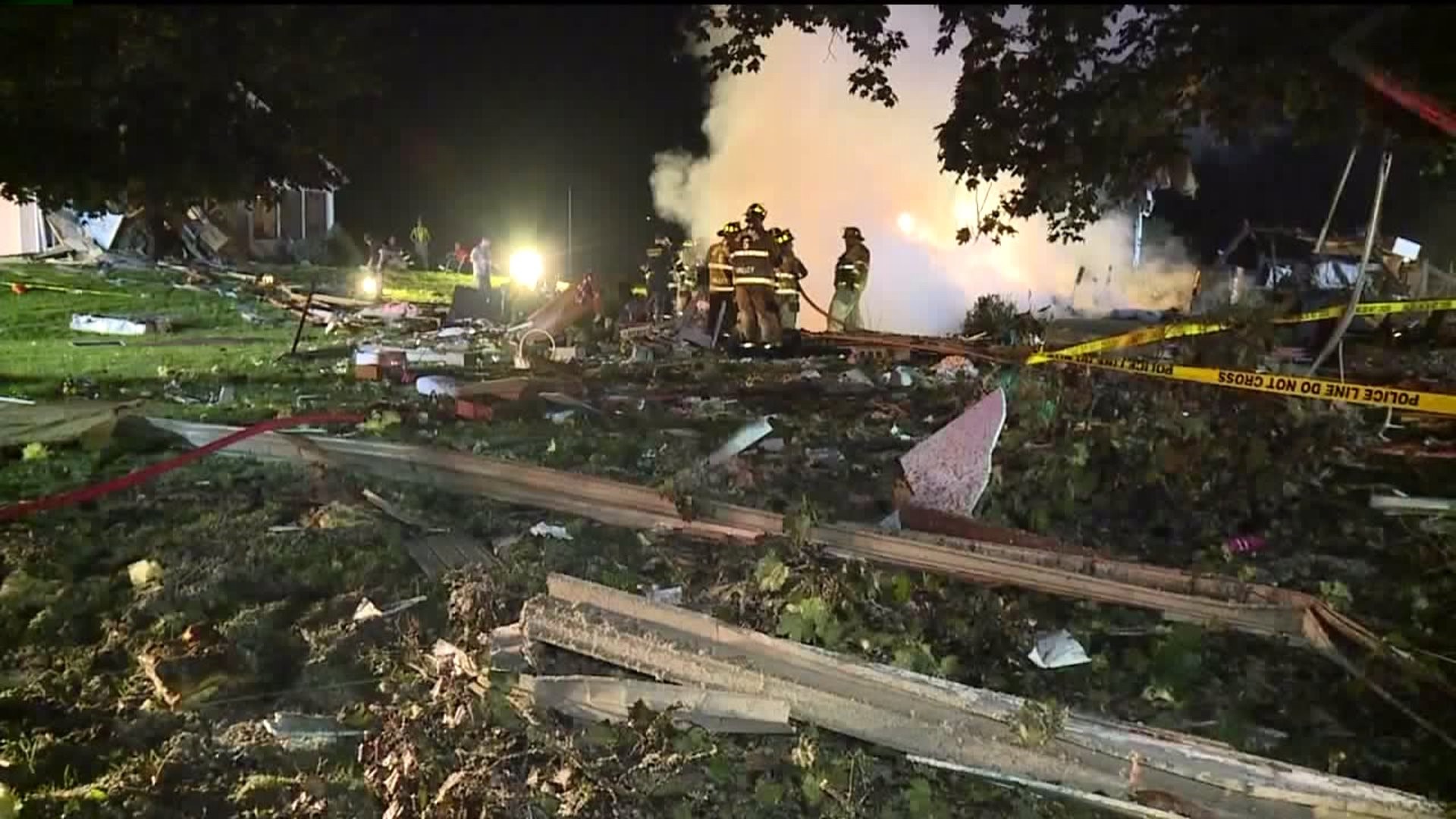 Fire and police on scene after home explosion in Lycoming County @WNEP pic.twitter.com/15UoAi9fuJ

LIMESTONE TOWNSHIP, Pa. -- A home was leveled after it exploded Thursday evening in Lycoming County.

That happened just before 6 p.m. near Jersey Shore and amazingly the people living there survived with injuries.

What is left of a home on Middle Road near Jersey Shore continued to burn and smoke as several fire crews worked to battle flames.

“We were dispatched to a possible gas explosion. En route we saw a large column of smoke,” said Nippenose Valley Fire Chief Dean Miller. “When we arrived on the scene, the structure completely leveled.”

Miller says two people were at the home when it blew up.

They are identified as Mike Lupole, 63, and Jacqueline Strosser, 45.

They were found on the ground in the backyard.

“The female supposedly was thrown off the back porch from the blast,” said Miller. “Reports are from the neighbors, the male was trapped under some debris. He was reportedly taking a shower during the explosion. Neighbors rushed across, drug him out.”

Roger Mahosky lives across the street and ran to help the couple.

“I went running across to see if there's anybody still alive over there, she was laying in the yard. She told us he was in the house,” said Mahosky.

The fire chief says the couple hurt in the blast, suffered moderate to severe injuries.

They were taken to Williamsport Hospital.

“They were talking too so it wasn't like they were incoherent or anything,” said Mahosky. “It was just amazing that they even survived that.”

The fire chief says a state police fire marshal is investigating the blast but believes the explosion was caused by a propane tank leak.