Education in Brewing at Penn College in Williamsport

WILLIAMSPORT — By this time next year, some students at Penn College of Technology in Williamsport should be sipping beer in class as part of their grade.... 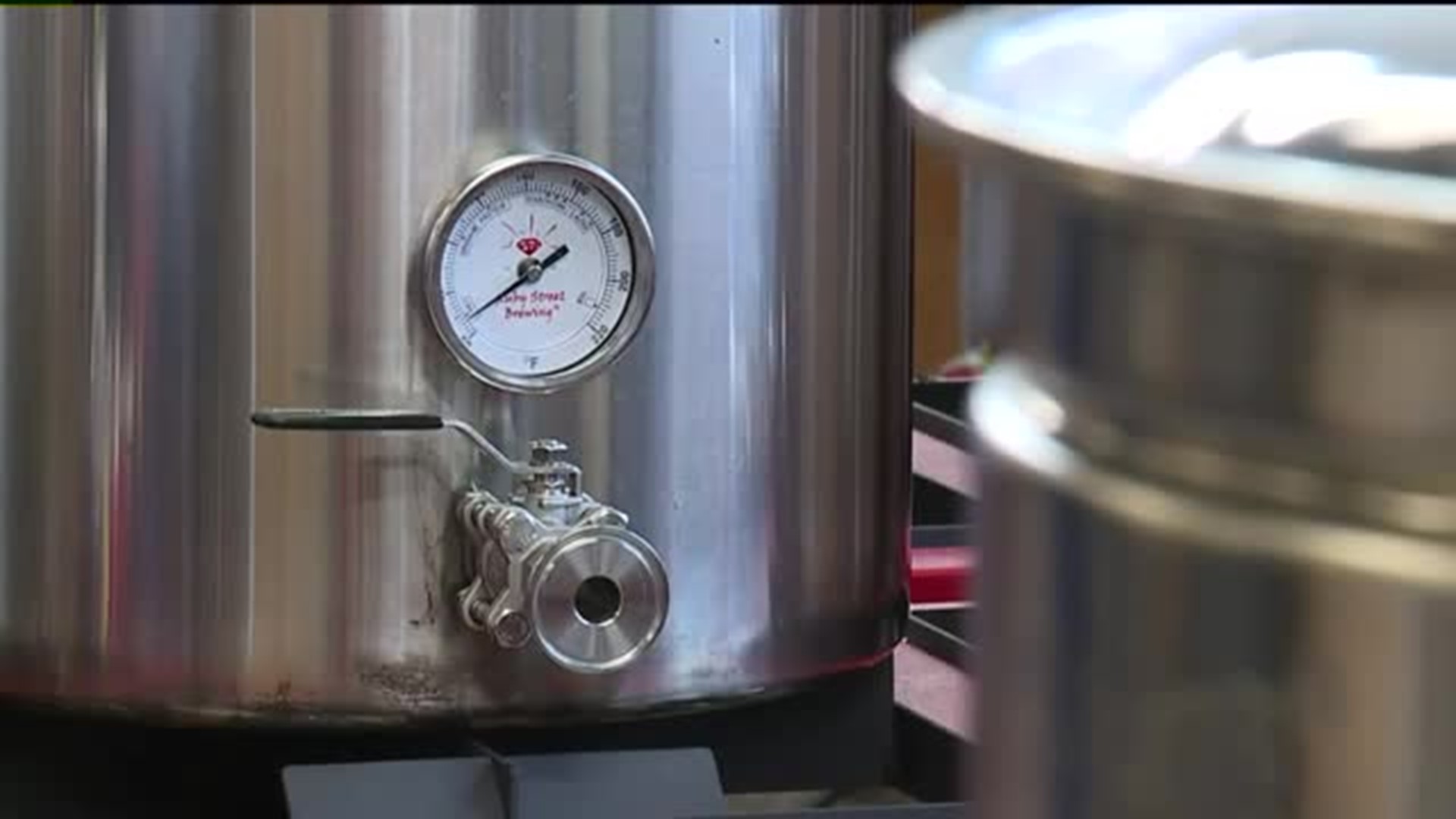 WILLIAMSPORT -- By this time next year, some students at Penn College of Technology in Williamsport should be sipping beer in class as part of their grade.

"Some people might think that it's just a bunch of beer drinkers getting together having a good time but this is really serious," said Ryan Hampton.

Penn College of Technology now offers an associate's degree in Brewing and Fermentation Science. The school started the program after recognizing a growing demand in the craft beer industry. Businesses are looking for educated brewers. Right now, Penn College offers the only 2 -year associate program in Pennsylvania.

"It's a challenge to make people realize that brewing beer is not the same as drinking beer," said Tim Yarrington, instructor of brewing and fermentation science.

"It's kind of an art form. That's the way I look at it,” said William Ernst-Winfield.

William Ernst-Wingfield started the program in the fall.

"And then I turned 21,” said Ernst-Wingfield

He and his classmates have a lot to learn before they get to test any beer in class.

"I'm not really much of a drinker honestly, I'm very interested in the science behind everything,” said Ernst-Wingfield.

Penn College is a dry campus, and drinking beer in this course is seen as a monitored educational experience.

"We'll doctor beers purposely with known flavored flaws so that the students encounter the flavors and then investigate what the origin of those flavors are," said Yarrington

"I love being with all these people who are genuinely interested in the quality of the beer that we work with," said Ernst-Wingfield.

"It's really rewarding to be able to see them start to get it and really become brewers,” said Yarrington.

Students must be 21 by their last semester to enter the brewing and fermentation science program at Penn College.