Eleven-year-old Giovanni Hamilton has become a viral sensation this week. A diehard Eagles fan from Williamsport, he finally got to meet his hero, Eagles quarte... 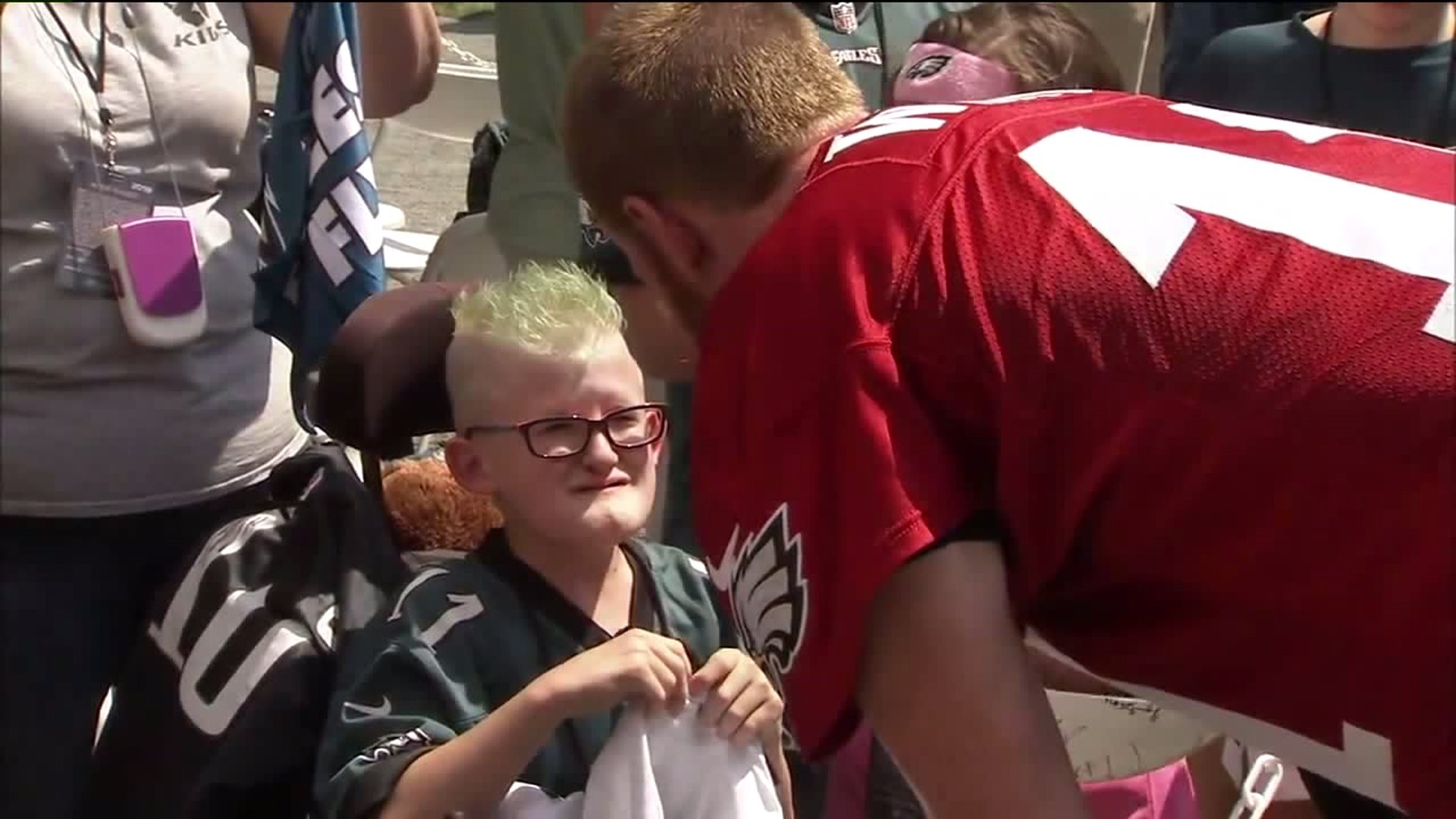 Eleven-year-old Giovanni Hamilton has become a viral sensation this week.

A diehard Eagles fan from Williamsport, he finally got to meet his hero, Eagles quarterback Carson Wentz at Eagles training camp last week. The emotional moment was caught on camera and shared on social media.

But we first met Giovanni four years ago and have enjoyed sharing in his special, life-changing moments.

Giovanni has a rare genetic disorder called Schwartz-Jampel Syndrome. There are only 100 cases ever diagnosed.

He is wheelchair bound, and in 2015 he told Newswatch 16 about his one and only Christmas wish: a special wheelchair-accessible van.

"I need it so that my mom can be able to transport me," Giovanni said at the time.

His family couldn't afford it, but his classmates, teachers, and friends pulled together and one month after our story aired, enough money was raised by those in the community to cover the full cost of a van.

"Christmas miracles are real. They happen and this van is proof of it," Giovanni's mom  Shannon Algarin told us.

We caught up with Giovanni again in February of 2018. This biggest little Philadelphia Eagles fan was overcome with excitement because his team was getting ready to play in the Super Bowl!

"Carson, if you're watching, know that I'm your number one fan," Giovanni said.

The Eagles did win the Super Bowl, and while Giovanni couldn't make it to the big game, he wasn't going to miss the big parade.

We followed his family from Williamsport to Philadelphia where he watched his heroes celebrate the ultimate victory.

"I love it here so far. I'm with my own kind," Giovanni said at the parade.

And as the 2019 season is set to kick off soon, Giovanni finally got to meet his hero at training camp. It was an unforgettable moment for Giovanni and an inspiring one for Carson Wentz.

"You get to see kids like Giovanni and other kids like that who just honestly inspire me. They inspire me and remind me that it's so much more than a football game and wins and losses on Sundays. Hearing him tell me that I'm his hero and that I inspired him through his surgeries and stuff like that, going back to when I saw the clip when someone sent it to me, it almost brought me to tears again. So for me, it's just so much bigger than a game. You get caught up in it so much. You can take a step back and look at it and it really inspires me," Wentz said.

Giovanni is still beaming from his meeting with his hero, tweeting that his moment with Carson was the best day of his life.