Dog Gets 3D-printed Skull After Having Massive Tumor Removed

WASHINGTON TOWNSHIP, Pa. — A dog who lost part of its skull to cancer is now getting international attention. For the first time ever in the United States... 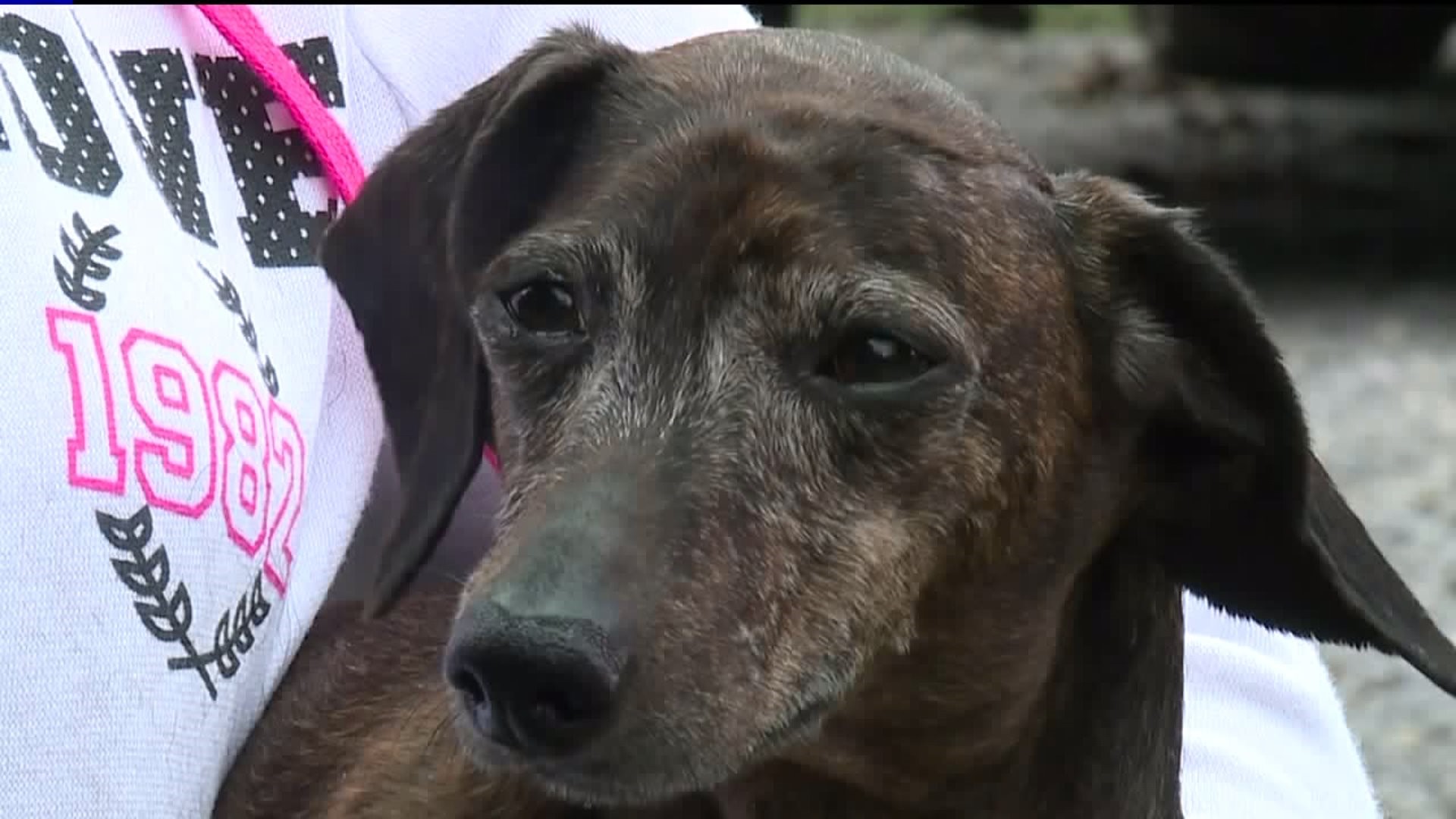 WASHINGTON TOWNSHIP, Pa. -- A dog who lost part of its skull to cancer is now getting international attention.

For the first time ever in the United States, a team used a 3D printer to create a partial replacement skull. It's an advancement that could help humans in the future.

When Danielle Dymek goes to the barn to feed her horses, her 10-year-old Dachshund Patches usually comes along for the ride. A senior dog, Patches needs some help getting around, but for the most part, Dymek says her Dachshund has been fairly healthy. It's why four years ago when she noticed a small bump on Patches' head, she went straight to the vet.

"They didn't know what it was. It might be a calcium deposit. They weren't sure. We decided if it didn't grow, we weren't going to do anything about it."

Last summer, that bump started to grow fast. It was a cancerous tumor.

"By the time we got into surgery, it was the size of an orange," she recalled.

Patches needed to have a portion of her skull removed.

For the first time ever in the United States, a team from Cornell University used a 3D printer to create the replacement skull.

Doctors removed about 70 percent of Patches' skull. In its place, a specially designed titanium plate was put in.

Since the surgery, Dymek says she's been getting calls from reporters from across the globe.

"Her surgery, I mean I love my dog, but her surgery from the beginning has been about more than just her because her surgery is going to help other animals. It's going to eventually help humans. It's kind of a big deal all around."

A big deal and hope for big advancements that all started here with this little dog.