WILLIAMSPORT, Pa. — A nonprofit based in central Pennsylvania is using a non-conventional approach to teach students about the dangers of drugs and alcoho... 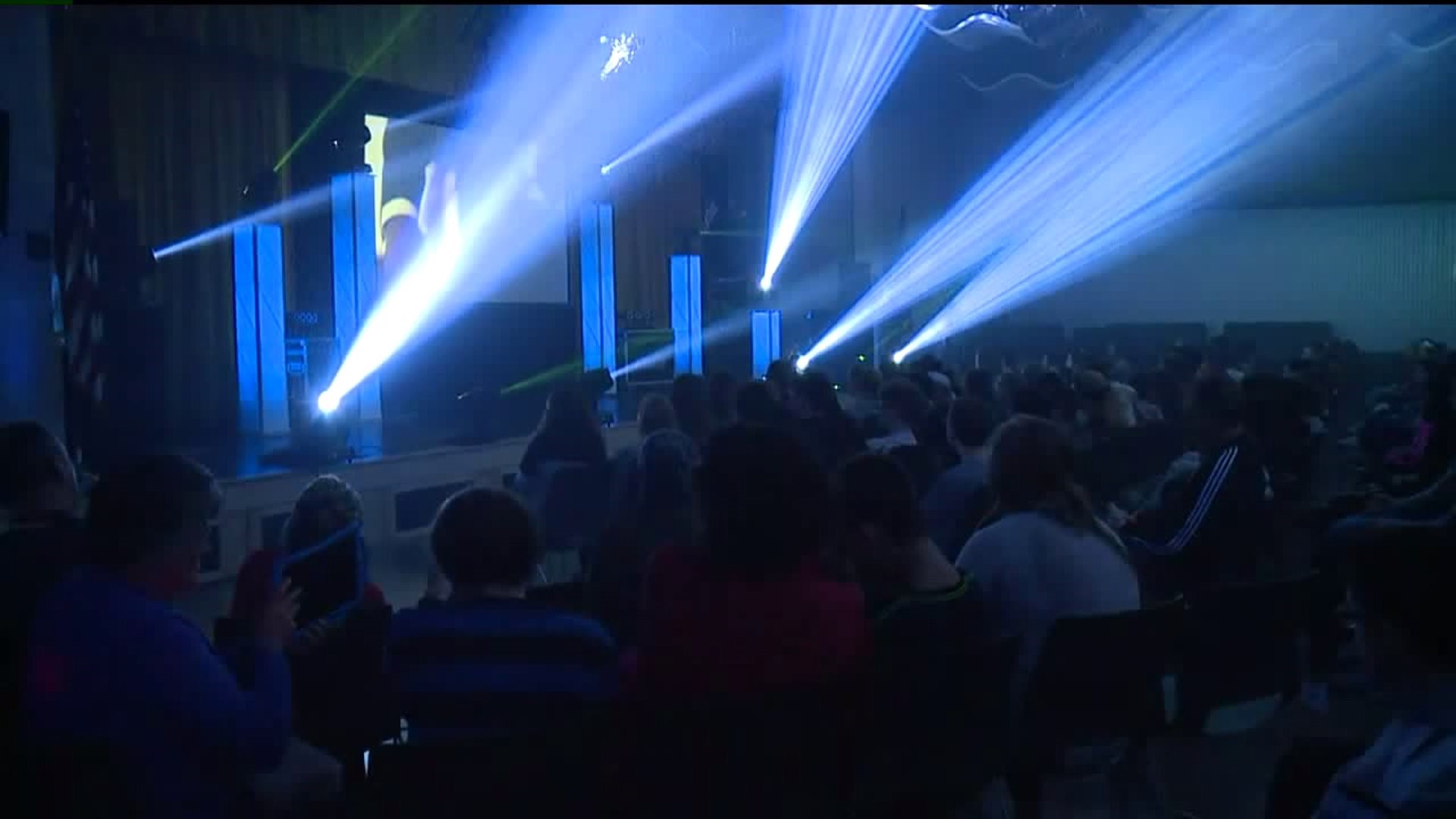 WILLIAMSPORT, Pa. -- A nonprofit based in central Pennsylvania is using a non-conventional approach to teach students about the dangers of drugs and alcohol.

The school program feels more like a concert and organizers say it helps keep the kids interested.

The program was exciting but the message behind it is very real and something that hits close to home for some of the students we spoke with.

With bright lights, pounding bass, and cheering crowd, it feels like a concert inside Williamsport Area Middle School, but this is a program called DJ Choices. Its main goal is to warn students about the dangers of opioids.

"I learned a lot of things about how tough it is to get off of it because I didn't know it was that hard," said seventh grader Thomas Takach.

"We bring the kids in with the lights and the fog and they have a great time with the stuff they love. In between all of that, we hit them with a message of prevention and we tell stories," said Andrew Keister, president of DJ Choices.

You can find Andrew Keister behind the soundboard during the show. He's part of the nonprofit that raises money to bring the drug and opioid prevention program to schools.

"What we do is, we get stories from the local area."

For some, those stories hit close to home. While several students may know someone who has been addicted to drugs, one, in particular, has a family member who died from a drug overdose.

"It doesn't change the way I think about him because he's family, but I feel bad that he had to use those to feel better," said eighth grader Ciara Ward.

Ciara Ward is talking about her Uncle Bobby. She never got to meet him but thinks of him fondly because of the memories her mother shares.

"She tells me that he was such a good person. He was an athlete and he was like just a great brother and that he loved him so much."

Those memories also come with grief, something Ward hopes this program will help prevent for other families.

"One day out of the whole year she's sad because like that's the day her brother passed away. I have to help cheer her up and keep her in a good mood and try to keep her mind off of it," she said.

Her advice to her classmates:

"It's not going to help you at all. It may make you feel better but it's going to ruin your life."

Thanks to sponsors, the program is free to the schools.

DJ Choices hopes to continue to share the program throughout our area.