Digging out from Winter Storm

A winter storm blew through central Pennsylvania, making roadways slick and travel tricky. Parts of Route 54 were closed to truck traffic near Mount Carmel, and... 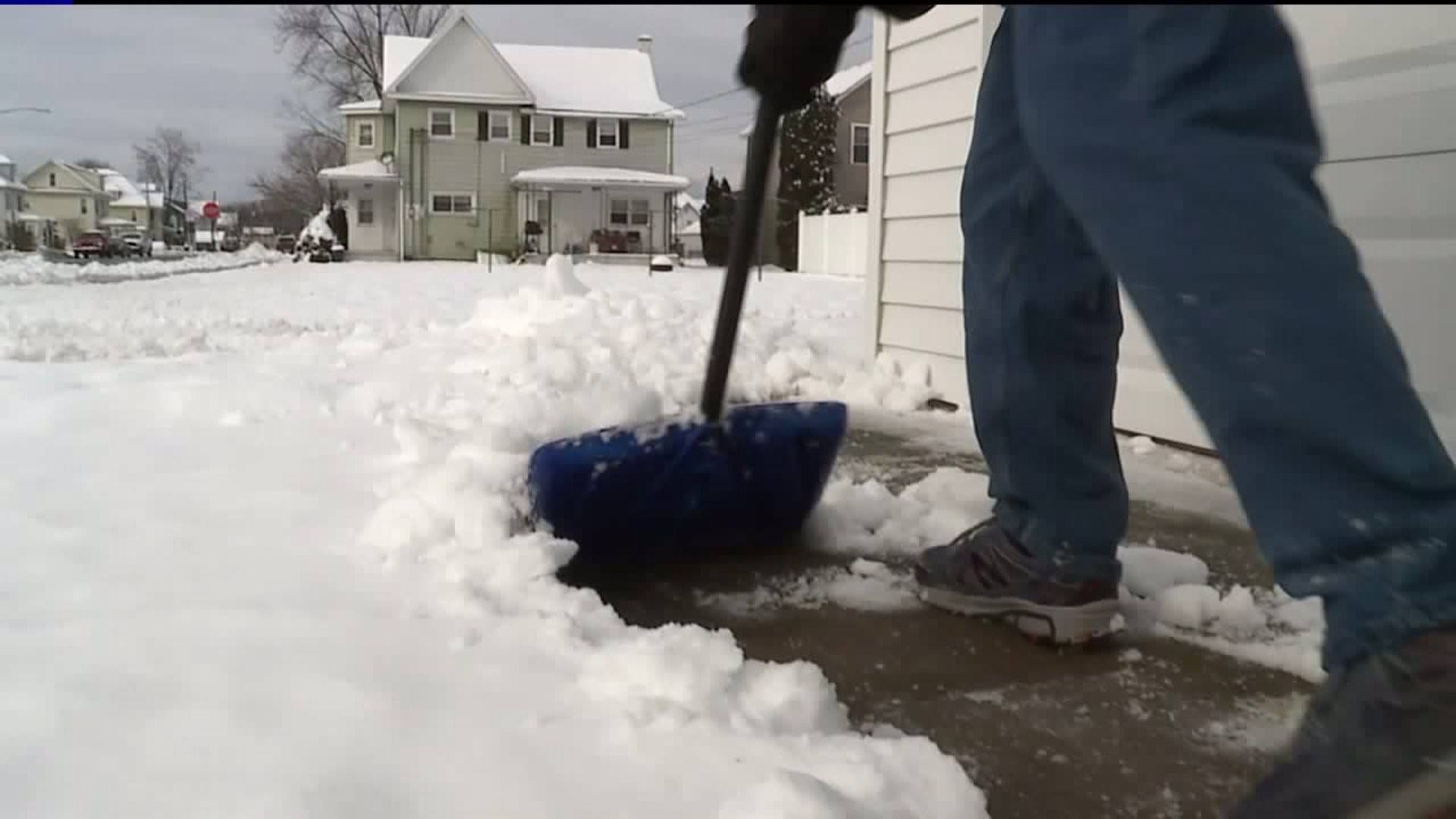 A winter storm blew through central Pennsylvania, making roadways slick and travel tricky. Parts of Route 54 were closed to truck traffic near Mount Carmel, and plow trucks had a big mess to clean up. Even so, parts of central Pennsylvania got less snow than projected.

"I was expecting about a foot of snow, so it's nice not to have to deal with all of that, especially since it's supposed to be freezing rain on top of it," Sean Faust said.

Sean Faust of Danville is one of many people dealing with the ice and slush that the rain left behind.

"I'm thinking about walking down and getting some salt because I forgot to buy some just to be sure no one slips or breaks their neck," Faust said.

It's a similar situation over in Hughesville.

"When the snow plows go by, they just dump more of it on top. I'm trying to get that off before I can salt or else the salt is not going to do anything," Eric Hartman said.

"It's not bad moving, but it's icing up as soon as you get done there. You start losing you feet, your traction," Rod Miller said.

It's expected to get even colder over the next few days, which will likely turn any slush on the ground into a sheet of ice.

Ted Brady is trying to get ahead of that.

"It will be a lot harder to move once it gets down to zero," Brady said.

The wind is making it even worse.

"Tomorrow's supposed to be like 13 degrees or something as a high, and everything that you don't have clean is going to freeze solid," Miller said.

Some say they'd rather have the snow than the slushy mess we have now.

"There's like three inches of stuff. Only the quarter-inch on the top is snow and the rest of it is frozen ice and slush," Hartman said.

Zion Lutheran Church in Sunbury will open at 8 p.m. Sunday night as a cold weather shelter for anyone who needs to get out of the cold.