Diamond in the Rough

WILLIAMSPORT, Pa. — It’s almost time to play ball in Williamsport, and the birthplace of Little League will have a fresh field to play on this seaso... 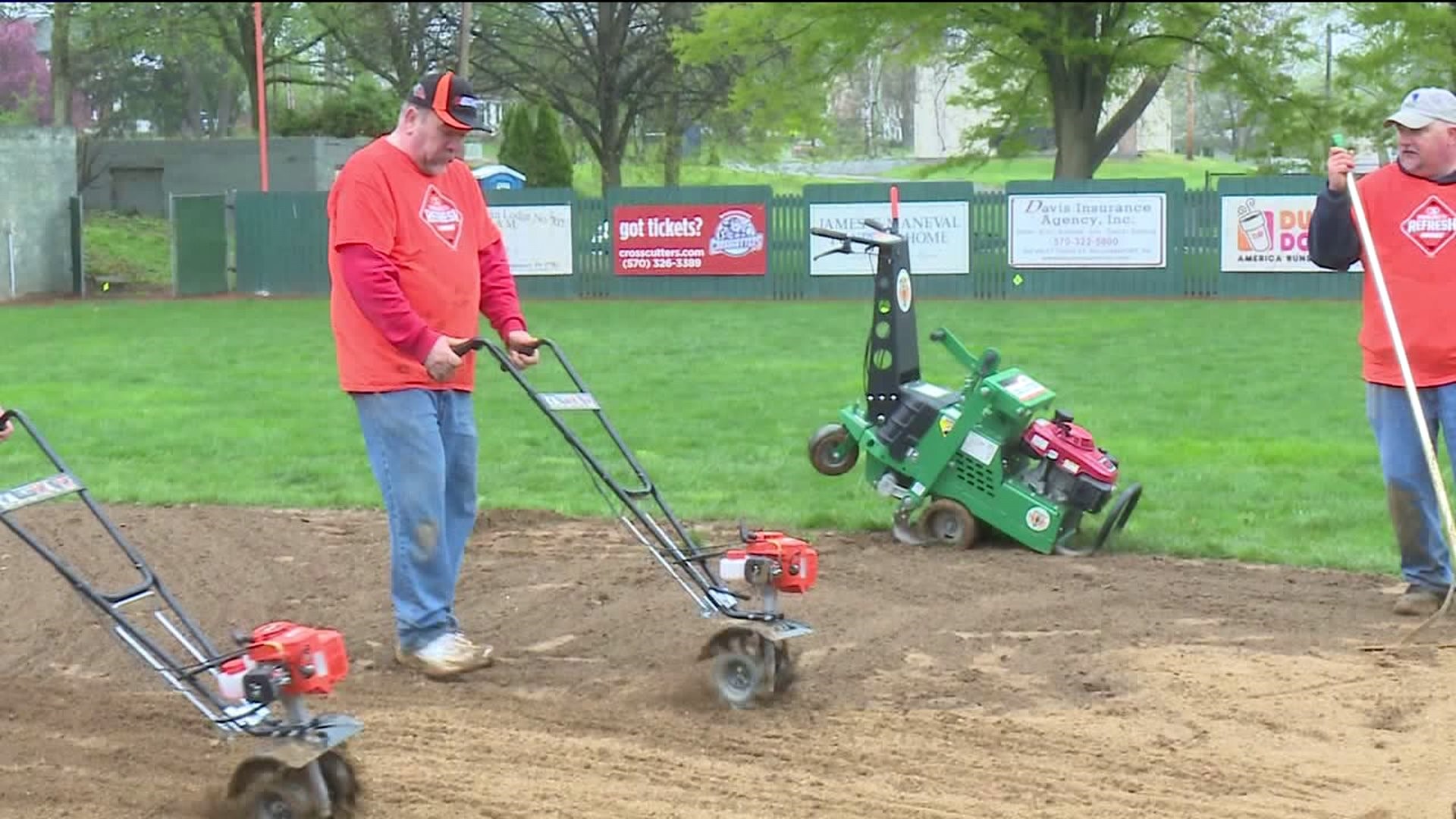 WILLIAMSPORT, Pa. -- It's almost time to play ball in Williamsport, and the birthplace of Little League will have a fresh field to play on this season.

Officials with Original League say their field was in desperate need of repairs, and with a little help from the league's neighbors across the street, Stotz Field, the birthplace of Little League, is getting a much-needed facelift.

"This is where it all started, the first 12 years of Little League World Series happened right here, and we are going to take this field, and we are giving it a makeover," said Gabe Sinicropi with the Williamsport Crosscutters.

It's all a part of Minor League Baseball's "Project: Refresh" program. Fields across the country are getting a whole new look with the help of local minor league teams.

In this case, it's the Williamsport Crosscutters who play across from Original League.

And for this field, it has a special meaning.

"Being that it's the 80th year anniversary, our fields are rejuvenated. It's very special," said James McKinney, Original League president.

Renovations for a baseball field don't come cheap. About 25 tons of dirt were brought in for the project. That's about $1,500 worth of dirt.

"We're edging the whole field. We've put in a new home plate, new pitching rubber, we're redoing the whole skin, the whole dirt part of the field, so once we're done and once it's mowed, this place is going to look in tip-top condition," said Sinicropi.

While baseball is known as America's pastime, for this community, it's more.

"I've been here for over 20 years, and it is my home. A lot of volunteers come out here each and every year to do coaching and managing and everything, but to be part of this big project is amazing," McKinney added.

Stotz Field is set to mark opening day for the Original League season next Saturday.