LOYALSOCK TOWNSHIP, Pa. — The retail chain Payless ShoeSource announced it will be closing all of its U.S. stores by the end of the year. The list include... 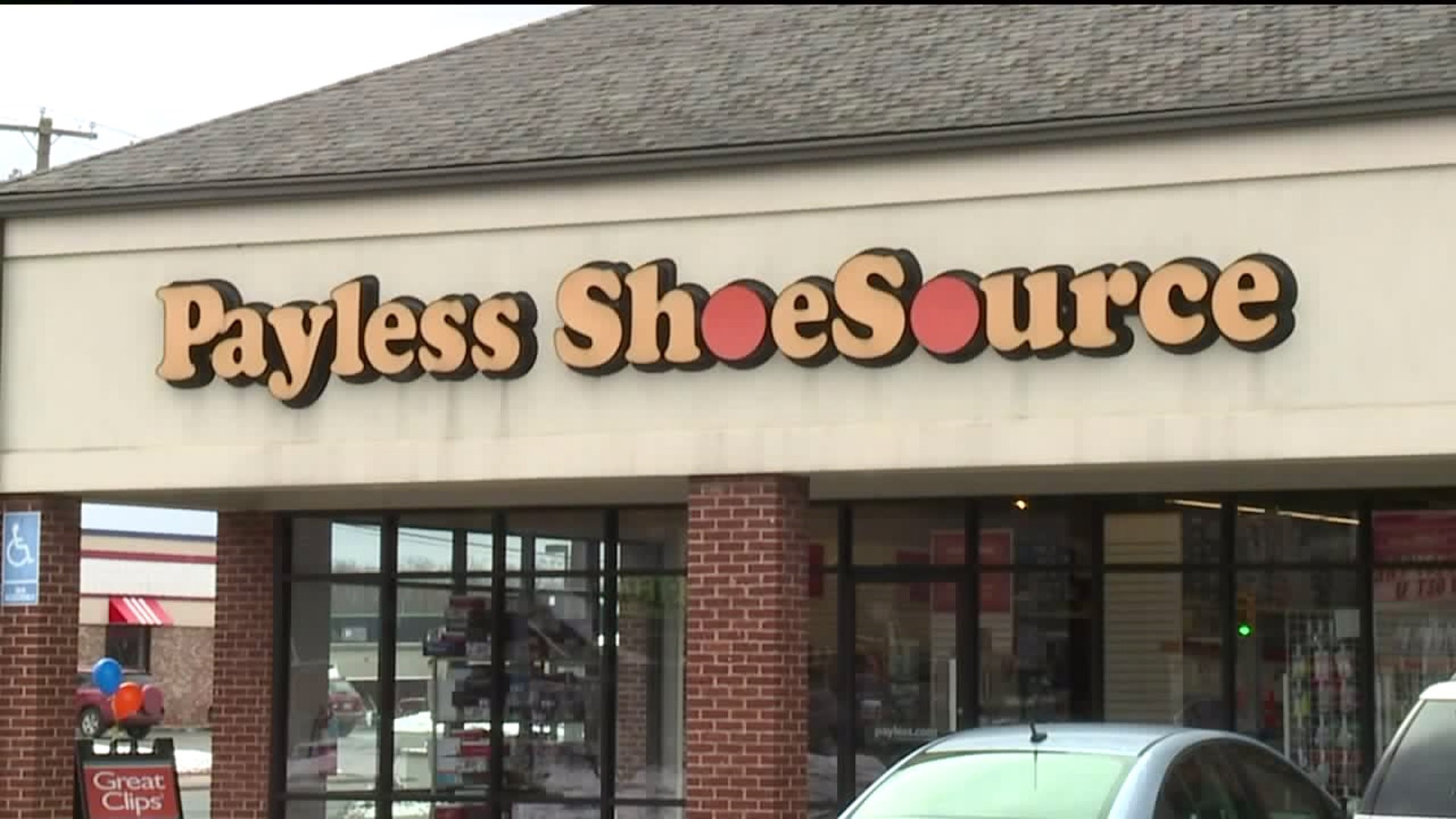 LOYALSOCK TOWNSHIP, Pa. -- The retail chain Payless ShoeSource announced it will be closing all of its U.S. stores by the end of the year.

The list includes over 2,000 shops, including one just outside of Williamsport.

"I had no idea," said Estee Fritz. "That's why I stopped just to see what they had."

Anyone hoping to purchase a pair of shoes from the retail chain will have to shop in store. Payless will no longer receive orders from its online website.

"The ladies in there are saying you can't return anything anymore. Its last sales are final," Fritz said.

While Fritz left with shoes on sale, she's concerned about the thousands of employees who will soon be searching for a new job.

"I think it's sad with people's jobs going away and everybody ordering online now. I think, what's going to happen to the people that work there?"

There's also a Payless at the Lycoming Mall. In this area, over the past decade, there have been at least a dozen stores that have closed or moved out.

"In high school, that was a big place where my friends would go over the weekends and go shopping and things like that. Now over Christmas, I noticed that things are changing. There aren't as many options. It's kind of sad that they can't support the business in this area," Courtney Taylor said.

Payless is the most recent retail chain to go under. Last year Toys 'R' Us went out of business.

Shoppers have noticed a change in the retail climate.

"I notice a big shift. A lot of my friends are shopping online, and it's because it's a convenience thing," Taylor said.

Payless does not plan to close its international franchise, and Latin American stores won't be affected.

Stores will begin to close in the next few months. Many will stay open until May.