MONTOURSVILLE, Pa. — Thousands turned out for a rally with President Donald Trump in Lycoming County. It’s the first presidential visit to the county in t... 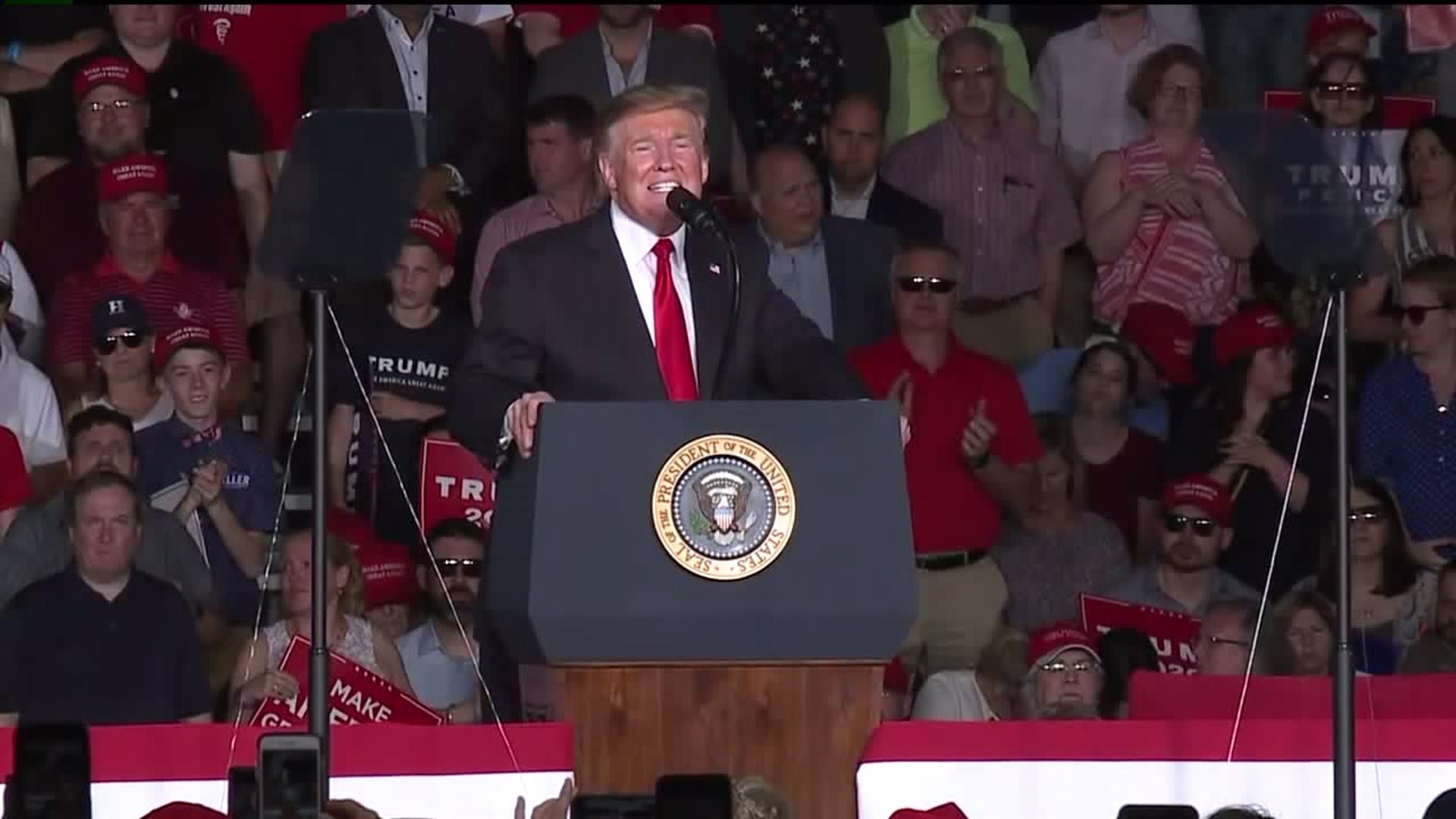 MONTOURSVILLE, Pa. -- Thousands turned out for a rally with President Donald Trump in Lycoming County.

It’s the first presidential visit to the county in two decades, and the president didn’t disappoint those who waited hours to see him at Williamsport Regional Airport on Monday.

The president’s appearance falls on the eve of Pennsylvania’s primary election, and Trump’s visit was both to drum up support for Republican candidates as well as get Pennsylvania pumped for the 2020 presidential election.

As President Trump disembarked Air Force One in Montoursville, the packed hangar waiting to greet him let their support be known and heard. Trump got the crowd fired up as he tested out a new campaign slogan.

“I like his ideas. He’s not a politician. He seems to be doing great things, and he should continue to do it,“ said Robin Cello of South Williamsport.

“[He] brought the economy up, unemployment’s low. He’s going to build a wall,“ said Ed Gappa of Elysburg.

Thousands turned out for Trump’s rally, waiting all day for the 7 p.m. scheduled event.

This is the first time a president has made a stop in Lycoming County in nearly two decades, and many said they couldn’t pass up an opportunity to see him.

“We love Donald Trump, and we support our president. We just think this is a once-in-a-lifetime chance having him come to our community, so we wanted to support,“ said Casey Cioffi of Williamsport.

“I mean, what more could you ask for? He's the president of the United States, so honestly, it's a once-in-a-lifetime experience. It's a town of 4,000 people, and the one and only coming here,“ said Bolin Hanna of Montoursville.

President Trump spoke for more than an hour and urged people to get out and vote Republican in Tuesday’s primary.