WILLIAMSPORT, Pa. — Nearly 24 hours after a fire started at a recycling business in Williamsport, firefighters were still at the scene. The fire started a... 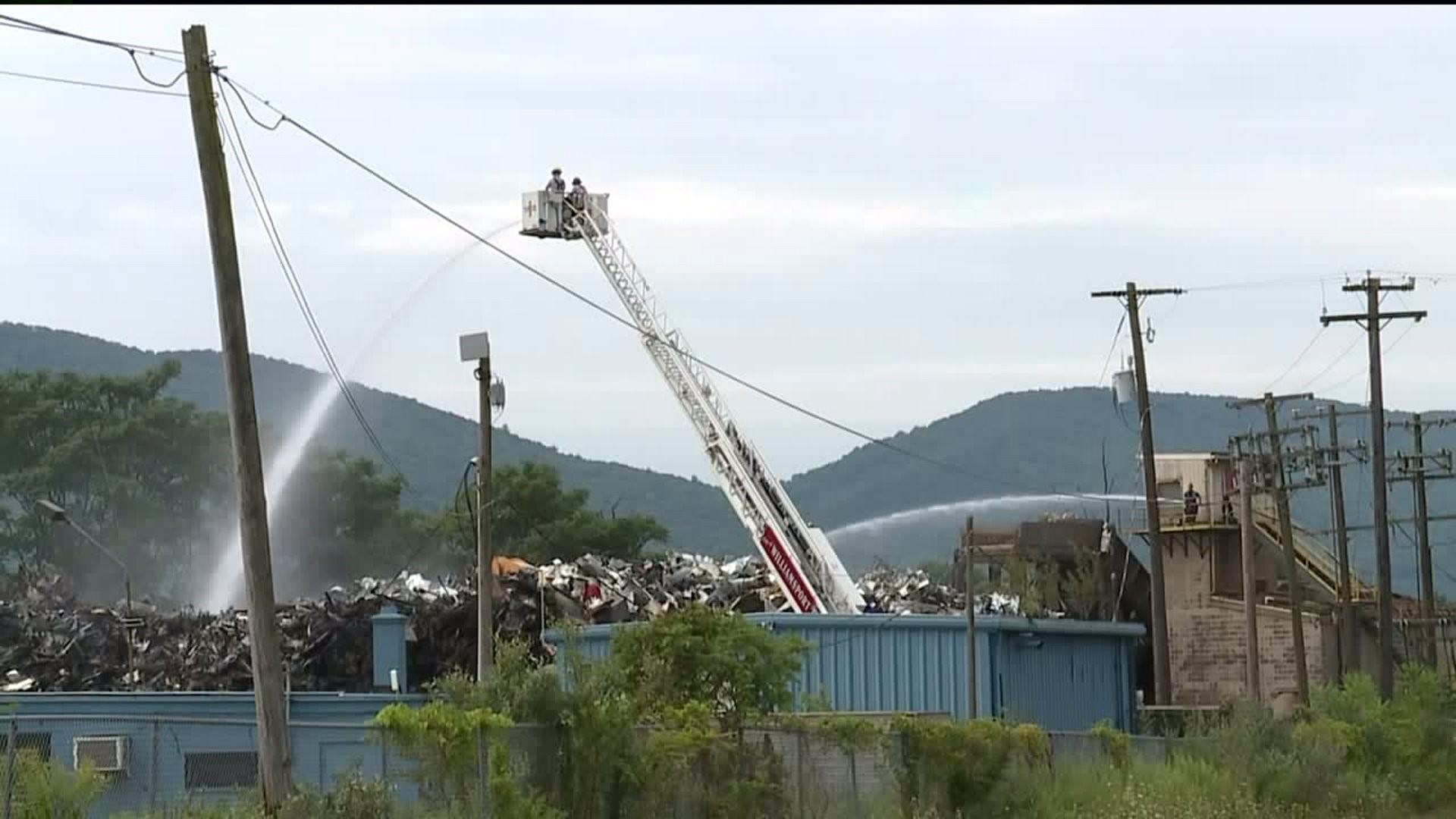 WILLIAMSPORT, Pa. -- Nearly 24 hours after a fire started at a recycling business in Williamsport, firefighters were still at the scene.

The fire started around 2:30 p.m. Monday at Penn Recycling on Trenton Avenue.

The Williamsport fire chief says it was a scrap pile that caught fire, and that pile was the size of a football field and four stories high.

Dozens of firefighters were there throughout the day and night, taking shifts. The Department of Environmental Protection was also there testing air quality. Crews found elevated levels of carbon monoxide but determined that it wasn't a threat to people.

The Williamsport Bureau of Fire issued an air quality advisory for areas downwind of the fire scene Monday to keep windows closed.

"With the consistent wind change directions, by the time you would evacuate everyone to a shelter, now that shelter was in it," said the chief.

Brian Hair was on his way home from Muncy and saw the smoke.

"My girlfriend and I thought it was maybe somewhere in our neighborhood. As we got closer on Third Street, that's when we saw the smoke was closer and you could smell it. It was pretty strong," Hair said.

That strong smell was the biggest impact on neighbors.

Chief Heckman is unsure exactly what started the fire. He says there are fires at Penn Recycling every couple of years and it is always a worst-case scenario.

"They're always long-term, drawn-out incidents. This particular, with the size of the pile, the aggressiveness of the fire, limited access, we were behind the eight ball by the time we were dispatched," the chief said.

Firefighters were wrapping up at the scene Tuesday afternoon.