Cleanup Begins After Devastation Left Behind by Flooding in Lycoming County

ELDRED TOWNSHIP — Some homeowners in Lycoming County say the water that cut through their communities packed a stronger punch than the historic flood of 2... 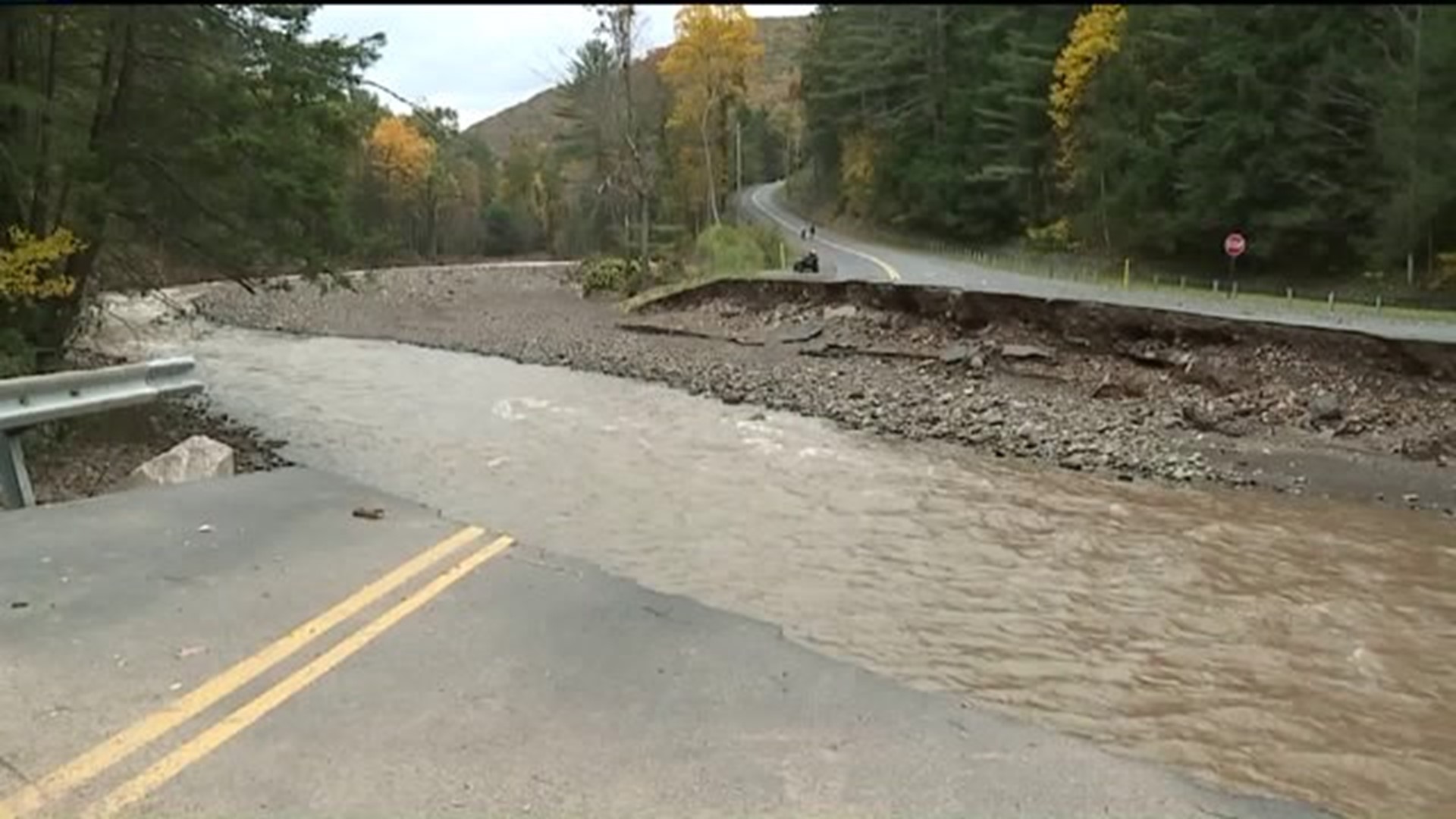 ELDRED TOWNSHIP -- Some homeowners in Lycoming County say the water that cut through their communities packed a stronger punch than the historic flood of 2011.

People living in the area say this is the worst flooding they have seen in decades.

A day after water flooded the Lundy family's home along Mill Creek in Lycoming County, friends and family helped with the cleanup.

For the couple who's lived by the water for decades and have never been flooded until now, emotions overflowed.

“Thanks to everybody. (We) appreciate it,” added Jim Lundy.

Warrensville was just one of the creekside communities north of Montoursville hit hard by Friday’s flooding.

A few miles away, people stopped to gape at the gap where a bridge used cross Wallis Run Road.

Rick Thursby of Loyalsock Township is a retired insurance adjuster. He’s seen a lot of disasters but calls the destruction "unbelievable."

“How quick everything got destroyed, it's incredible,” said Thursby.

Now that the water has gone down, you can actually see a chunk of the bridge that washed away in the middle of the creek.

The swollen creek and the busted bridge caused another problem. A nearby gas line leaked 55,000 gallons of fuel.

By helicopter and truck, workers assessing the damage. A spokesperson says so far they haven't found much.

“There was so much water came down Thursday night into Friday, it was tough to find any gasoline,” said Jeff Shields, Sunoco Logistics.

In the hilltop village of Proctor, Pluncketts Creek swept through a store and some homes.

“We were surprised. It's not really a flood zone,” said Savannah Wilton of Proctor.

One driveway was relocated by the powerful water. Laurie Galant said, "It literally picked up the driveway and moved (it).”

With no driveway, the Serene View Bed and Breakfast was left cut off--another example of this flood's unpredictable path.

There is help arriving with the cleanup. Volunteers were giving out water, bleach, and food. State officials have also set up a recovery center and are offering tetanus shots to people who might need them after being injured during the flood or recovery.