WILLIAMSPORT, Pa. — You may have heard of finding candy during an Easter egg hunt, but what about winning a bike? A church in Williamsport has received mo... 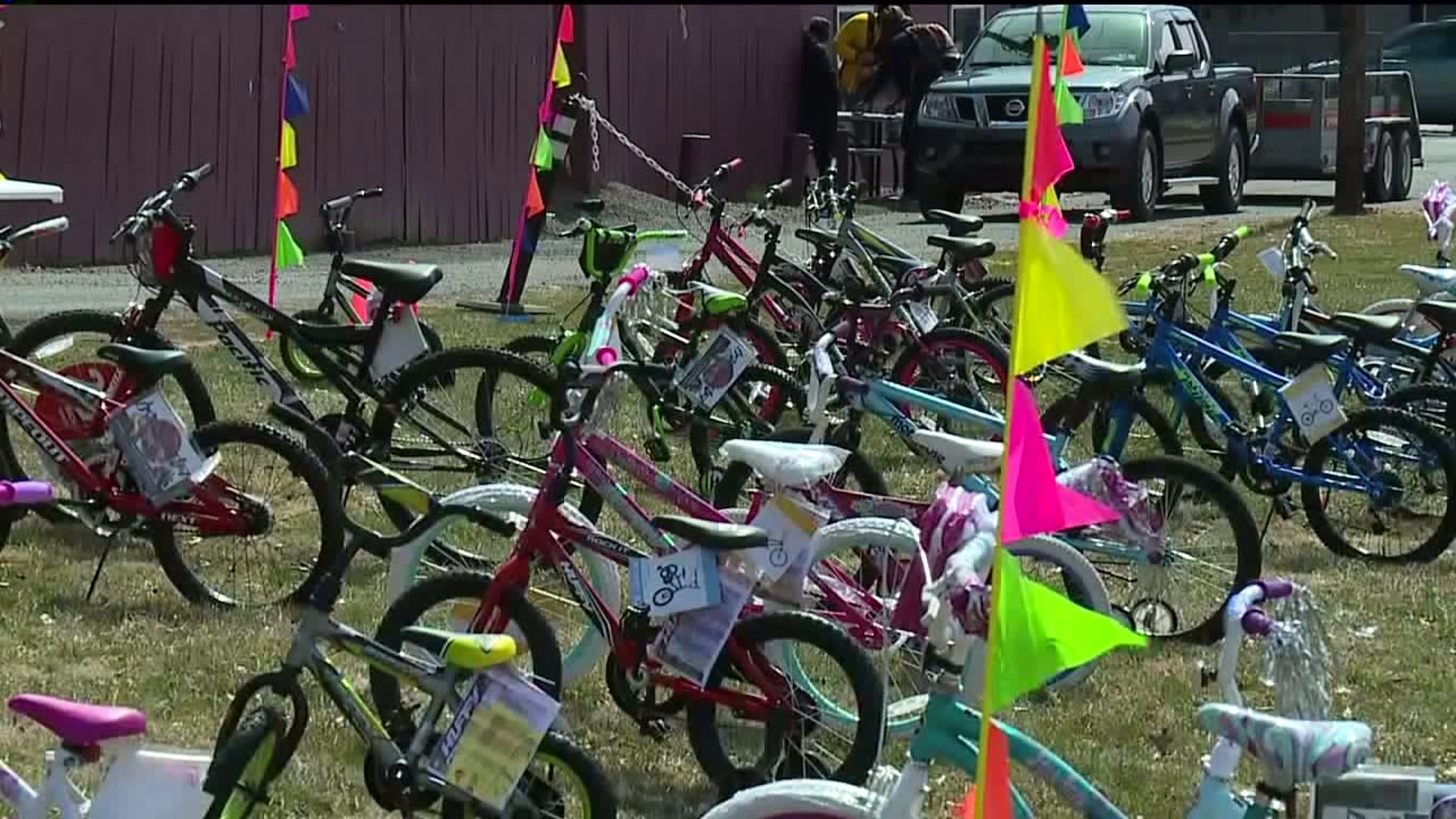 WILLIAMSPORT, Pa. -- You may have heard of finding candy during an Easter egg hunt, but what about winning a bike?

A church in Williamsport has received more than 100 bikes from the community for its annual Easter egg hunt.

Members of Antioch Baptist Church in Williamsport say it started off with a few donations but quickly become a lawn filled with brand new bikes.

"I've never seen anything like this in my life across the United States," said Grady Walker, Antioch Baptist Church.

Thousands of people are expected to come out for Antioch's 13th annual Easter egg hunt later this month. This year, along with the hundreds of eggs filled with candy, the kids will have a chance to win a basket filled with toys or one of the bikes.

"In the last couple of years, the bikes have just been like a really big thing. I know when I was a kid for Easter, I would be jumping for joy," Walker said.

"It's just good. It's a memorable experience for the kids. The more we can associate memories from their childhood with the church and a good clean environment the better," said Isaiah Washington.

Washington grew up going to the Easter egg hunts and now he's helping organize it. Washington says so far, businesses and people in the community have donated 115 bikes, costing anywhere from $60 to $200.

"It definitely caught some traction on social media," Washington said.

When Andy Kendall saw the church needed support, he reached out right away.

"It's amazing to me. It's a miracle. It just all came together. It shows me that miracles actually do happen," said Kendall.

"The affirmation is good and everyone supporting everything that we are doing is good, but that's not why we do it," Washington said. "Our main goal is to bring people to Christ and create an environment that's welcoming and warm."

With thousands expected to be here, members of the church tell us people should try to get here early for the Easter egg hunt. It starts at 1 p.m. on April 14.