Celebrating the Fourth at Riverside Campground

MONTGOMERY, Pa. — Riverside Campground in Montgomery has been full for more than a week leading up to the Fourth of July. Some campers have been coming he... 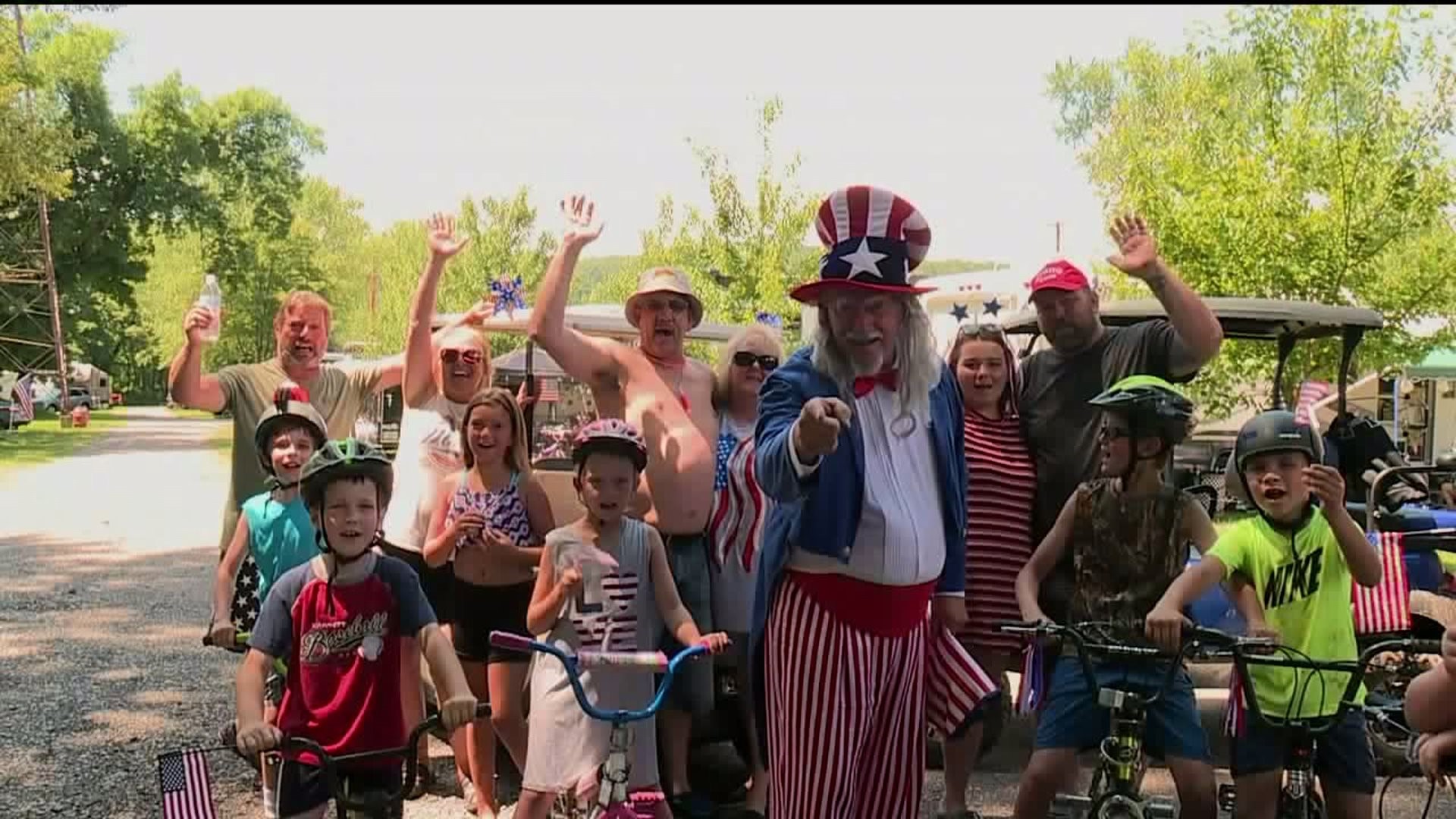 MONTGOMERY, Pa. -- Riverside Campground in Montgomery has been full for more than a week leading up to the Fourth of July. Some campers have been coming here for years to celebrate the nation's birthday.

For the Stitzer family from Reading, this is the best way to celebrate the festivities as a family.

"We love coming up here, we watch the fireworks, we share meals, and we just love camping together."

Some campers will be spending their Independence Day under the starry night for the first time.

"I have been here for about a week. Mostly, I have just been riding my bike and I'm really excited for the parade," said Julian Wills from Maryland.

The Riverside Campground in Lycoming county Has been packed for the past week in anticipation of the Fourth of July. Campers will be having their own parade and a special guest plans to stop by -- none other than Uncle Sam.

"This is actually my second year and started a little parade last year but I've been dressing up like Uncle Sam for several years," Larry Wenger said.

Dressed as Uncle Sam, Larry Wenger led the parade and made sure that he handed an American flag to everyone in the campground.

"My heart is pounding like crazy and it's not just from sweating in the heat," Wenger said. "And the kids seem like they enjoy it."

People at the campground hope the parade becomes a Fourth of July tradition.