SOUTH WILLIAMSPORT, Pa. — It was another busy day in South Williamsport with a full schedule of baseball at the Little League World Series. For some, the ... 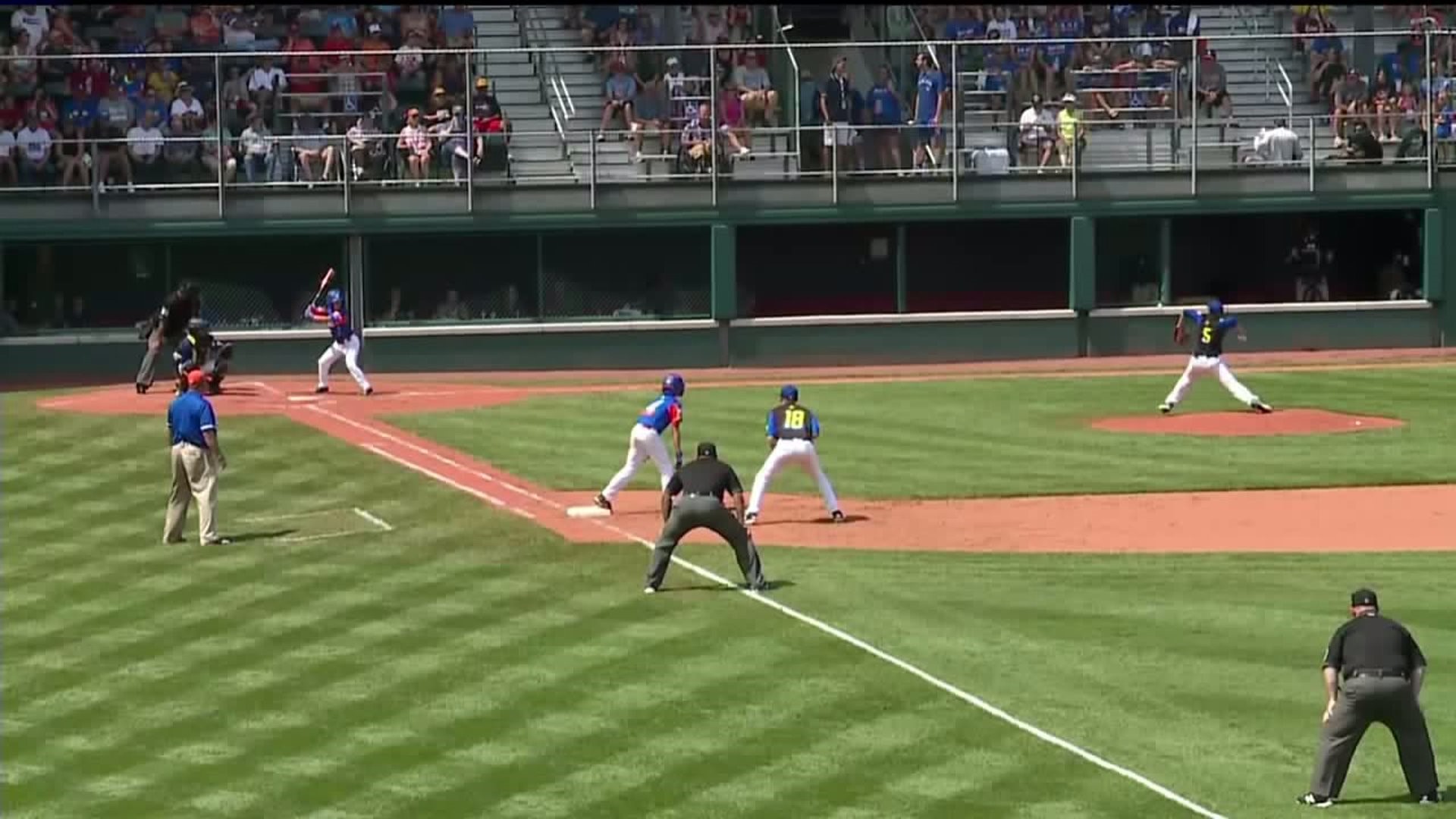 SOUTH WILLIAMSPORT, Pa. -- It was another busy day in South Williamsport with a full schedule of baseball at the Little League World Series.

For some, the trip to South Williamsport can be a trip halfway around the world.

There are thousands of fans at Lamade and Volunteer Stadiums each day at the Little League World Series, but the people usually cheering the loudest are the families of the players.

And we’re back! #LLWS pic.twitter.com/WWzBiyUtyF

The team from Sydney, Australia traveled more than 9,000 miles to be here in South Williamsport.

"We've got a group of over 60 in our group of moms, dads, and all the siblings," said Cameron Curtis. "We're very lucky that most of the families could be here."

Curtis is missing work for the Little League World Series. His kids are missing school.

"(They're) very happy to be out of school. For a lot of us, I think we just had some plans in place. We're going to go anyway whether we have holidays or not."

The team representing the West region is from Maui, Hawaii.

"I'm a second grade teacher and I missed my first day of school. I didn't open my classroom, a sub did it," said Jessica Mathias.

Even though they're making sacrifices to be here, family members tell Newswatch 16 they wouldn't miss it for the world.

"This is a dream of all the parents, and my dad is the manager and the coaches," said Evelyn Garza of Mexico. 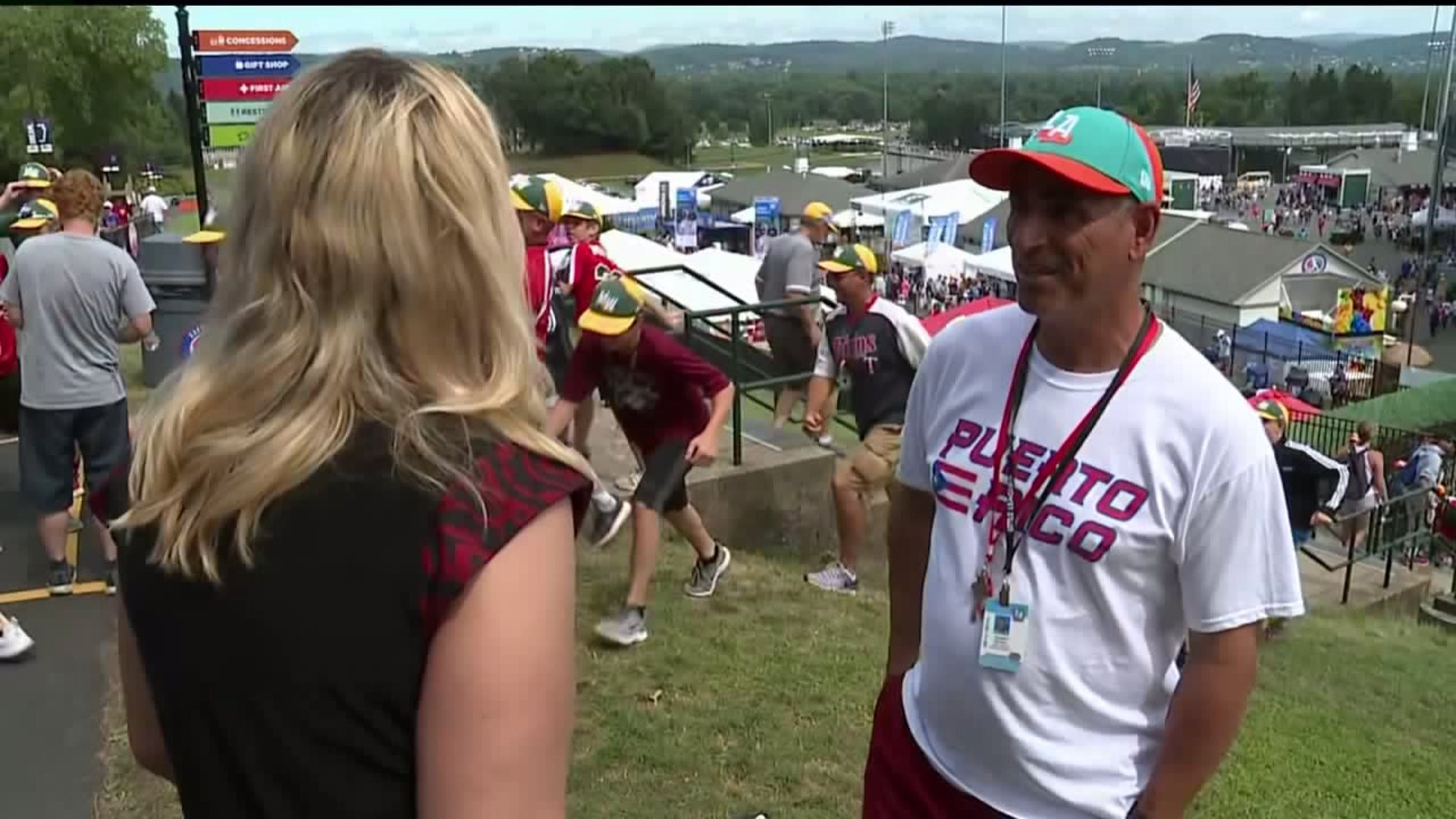 Six of the eight international teams come from non-English-speaking countries, so there is a language barrier at the Little League World Series.

There are six interpreters at the Little League World Series, one for each of the non-English-speaking teams.

The Little League team from Mexico got a bus ride to practice, and the players shared a few laughs with Daniel Baca, their interpreter.

"I know about baseball. I know my English. That's why they've been in contact with me," Baca said.

It's Baca's third year as an interpreter at the World Series, but he has something else to offer these kids -- advice. Baca was a player in 1997 when he and his team from Mexico won the Little League World Series.

"I go with the kids to the museum. They saw my picture, my video. I talked to them about that and my experience."

"You have maybe one or two kids that can speak English. Most of them don't, especially the managers and coaches," Monell said.

"Some of them understand it, but it's a little bit difficult to speak it so that's why I'm here," said Caribbean interpreter Kursley Kuwas.

It is Oh Youngrok's first time here. No one on South Korea's team speaks English, so Oh has been busy.

"They're already used to Korean culture and they're not used to this style," Oh said.

The interpreters say when the kids are together, there is no language barrier.

"Kids on kids, it goes perfect. I don't know how they do it, but they understand each other," said Kuwas.

"They have so much fun. It doesn't matter who speaks Spanish, who speaks Korean, who speaks Japanese. They have fun and they communicate very well," Monell added.

Check out the full Little League schedule and more here.