MUNCY CREEK TOWNSHIP, Pa. — An auto shop in Lycoming County is handing out free brake pads in an effort to fight breast cancer. During the month of Octobe... 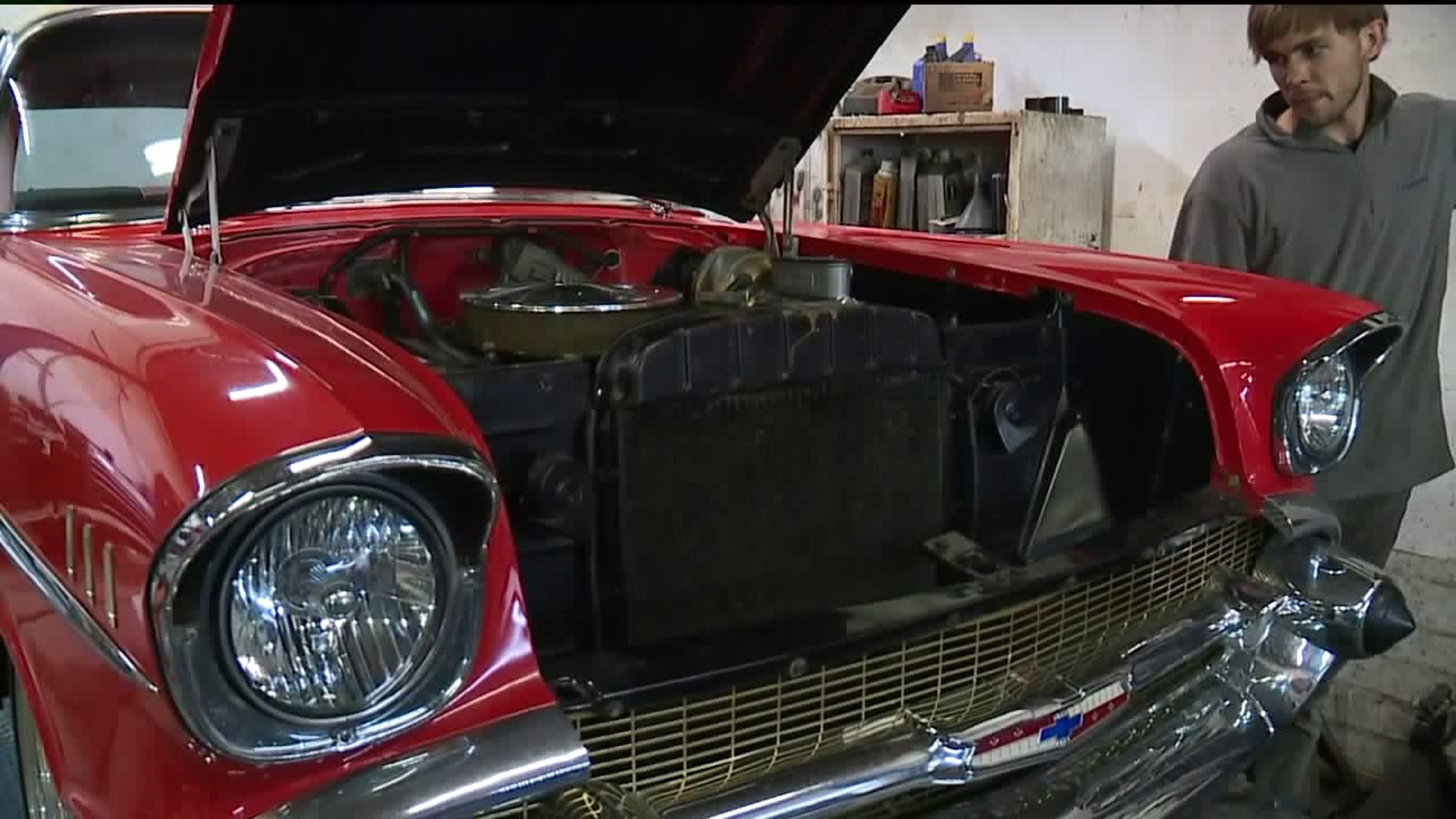 MUNCY CREEK TOWNSHIP, Pa. -- An auto shop in Lycoming County is handing out free brake pads in an effort to fight breast cancer. During the month of October, Muncy Restoration Works is participating in a campaign called Brakes for Breasts.

There is never a slow day at Muncy Restoration Works in Lycoming County. The family-owned auto shop is constantly busy, and they expect to get even busier during the month of October.

The shop is one of over 200 auto shops participating in Brakes for Breasts. For every brake pad installed, a portion of labor costs will go to breast cancer research at The Cleveland Clinic in Ohio.

"We take the job in, we do it as normal and, of course, bill them as normal. And again, their brakes are free but 10 percent of their bill goes to The Cleveland Clinic," explained owner Dave Hawley.

All of the free brake pads given out by Muncy Restoration Works during the month of October have been donated by vendors such as AutoZone in Williamsport.

The Brakes for Breasts campaign began back in 2011 and so far has raised over $700,000 nationwide. Muncy Restoration has been participating since 2013.

"I want to say over $2,000 since we have been involved," said officer manager Jenny Garlick. "It's gaining more of a foothold, so this year we'd like to make our biggest contribution."

The money is being used to fund a potential breast cancer vaccine.

For Dave Hawley, participating in Brakes for Breasts is a no brainer.

Muncy Restoration Works asks anybody interested in getting a brake job to call ahead to schedule an appointment at 570-546-2641.