A couple thought they lost their two dogs when their home in Lycoming County was destroyed in a fire, but one of those dogs survived trapped under debris. 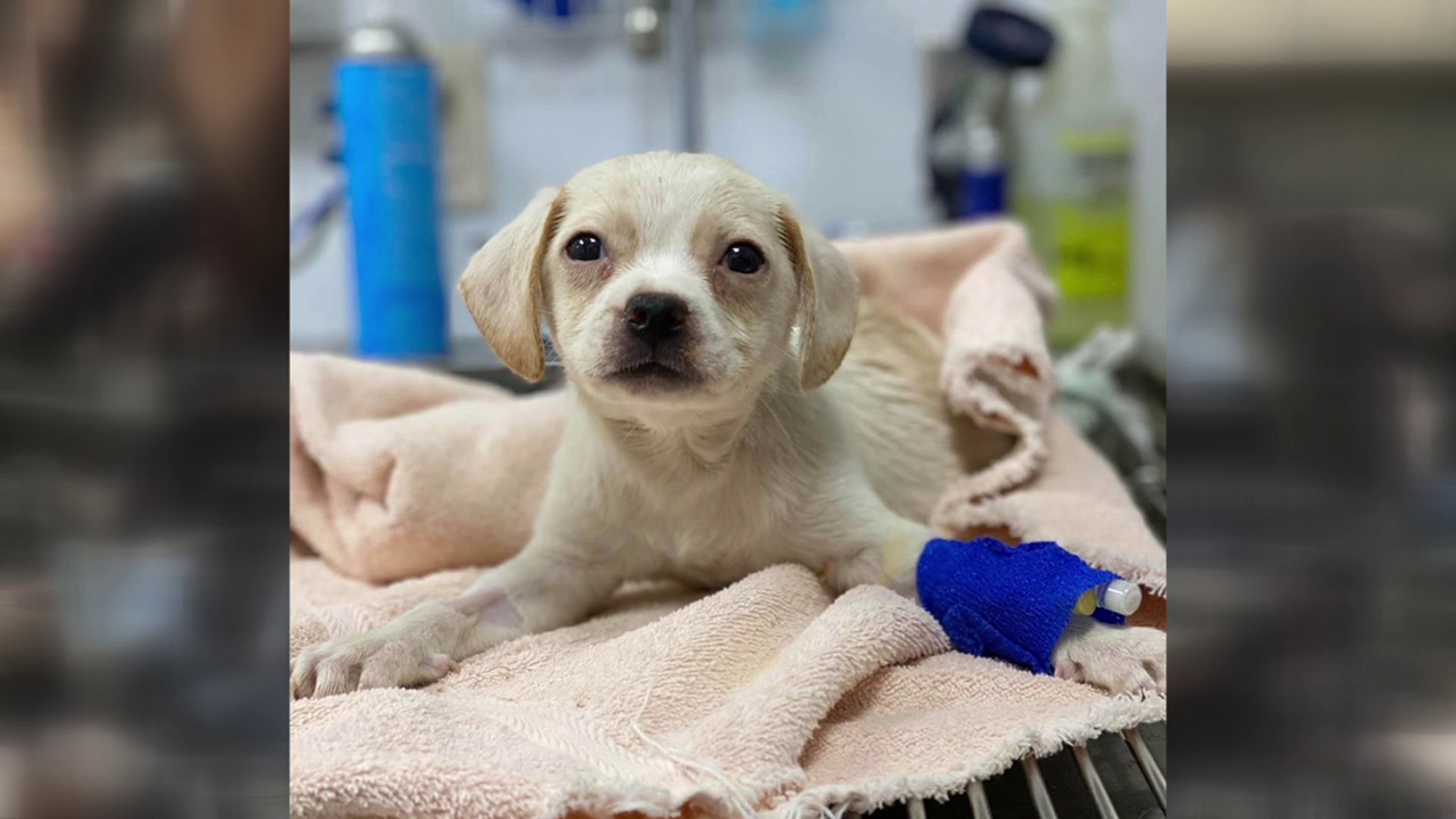 HUGHESVILLE, Pa. — Blaze is a 7-week-old Jack Russell/pug mix. His owners thought he died last week after their home near Hughesville was destroyed in a fire.

However, last Thursday, another dog was sniffing near the debris and found Blaze.

"He's quite the survivor. I think he pulled through really good for everything that was wrong with him," said Bonnie Lynn from Bellabons Pet Recovery.

When Blaze was found, he had smoke inhalation, ulcers on his eyes, singed hair, and was having a hard time breathing. The puppy was immediately taken to the vet.

"He actually stayed overnight and did the oxygen by hand for this dog."

Blaze's original owners cannot care for him anymore so, Blaze and his brother Spark, now live with a neighbor.

Bonnie says Blaze's prognosis is good, but he will need follow-up care. If you are interested in helping this puppy, you can get more information here.