WILLIAMSPORT — From the outside, you’d never know one of the biggest little self-proclaimed Philadelphia Eagles fans lives right here in Williamspor... 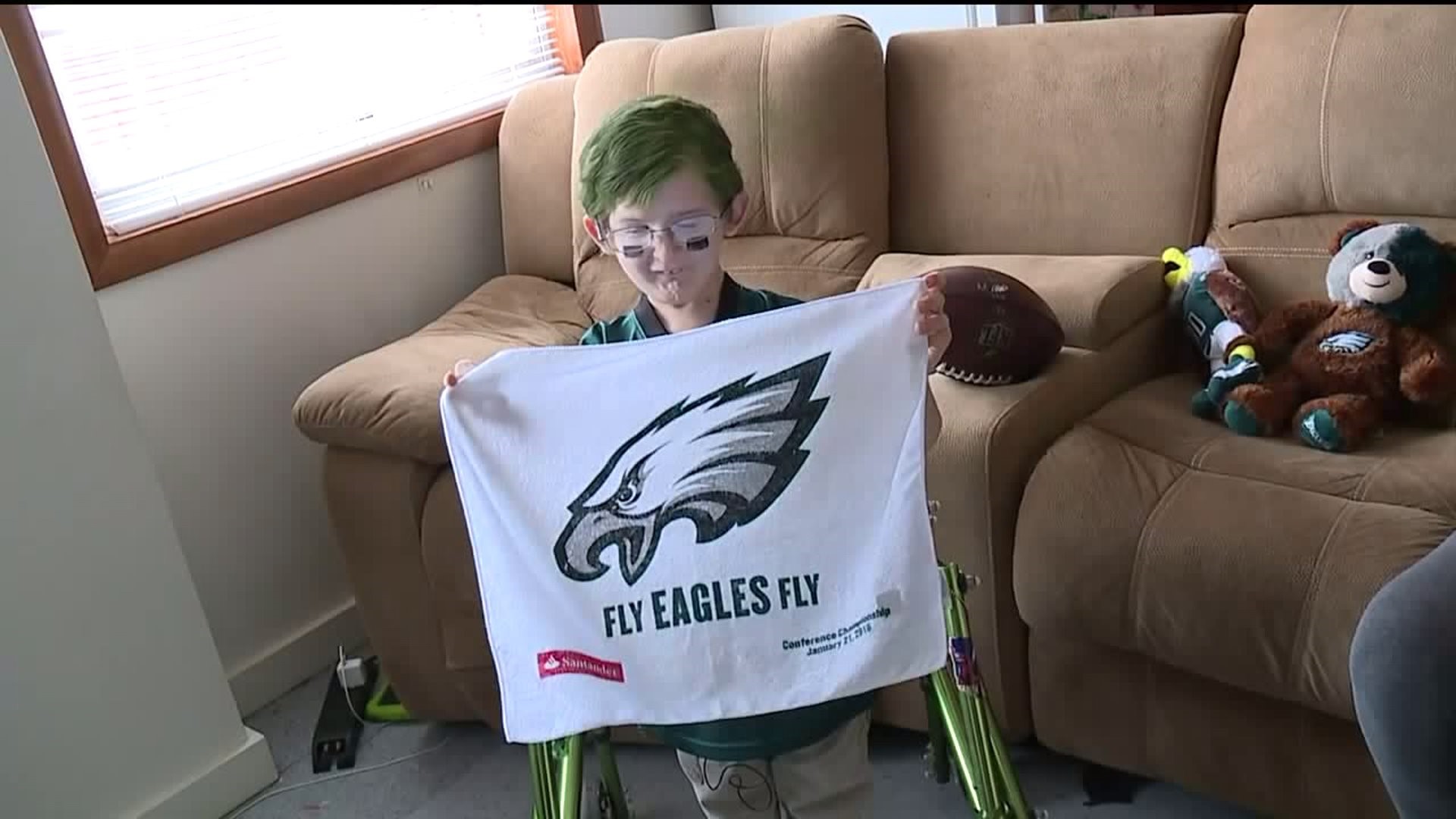 WILLIAMSPORT -- From the outside, you'd never know one of the biggest little self-proclaimed Philadelphia Eagles fans lives right here in Williamsport.

Giovanni Hamilton, age 10, doesn't normally have green hair but this is not a normal week for him. His favorite team is about to go head to head with the New England Patriots in the Super Bowl.

Thank you Stephen for gifting me the towel you got at the NFC Championship game! I absolutely love it and it will bring the #Eagles good luck Sunday! I am so pumped!! #SuperBowl #FlyEaglesFly #TeamGiovanni pic.twitter.com/0YbKsPgggN

"Carson, if you're watching, know that I'm your number one fan," he said.

When the family's watching football, mom Shannon Algarin tells us Giovanni can just be a regular kid.

"It's something that we can all enjoy together and be together and eat junk food and scream at the TV, so it's just really great," she said.

Thanks to social media, that great become something greater. On Christmas Eve, Giovanni got the call of a lifetime.

Several of the Eagles players and the Eagles head coach called Giovanni and invited him to the game against the Dallas Cowboys on New Year's Eve.

At the game, this Eagles fan even got to go down to the field where he met some of the players.

Giovanni just hanging out with some new friends! Thank you so much @Eagles for making Giovanni feel so special today! #TeamGiovanni #Eagles #FlyEaglesFly pic.twitter.com/Ce2HMCWdqA

"He was glowing, glowing," Shannon recalled.

Giovanni has plans to coach football. That is, of course, after the Super Bowl. The family has plans to watch it together at home.

"If anyone else that's going is watching, I'm a tiny dude so I can fit in your suitcase," Giovanni added.