Over the weekend, a family in Lycoming County experienced its second bear attack in a two-year span. 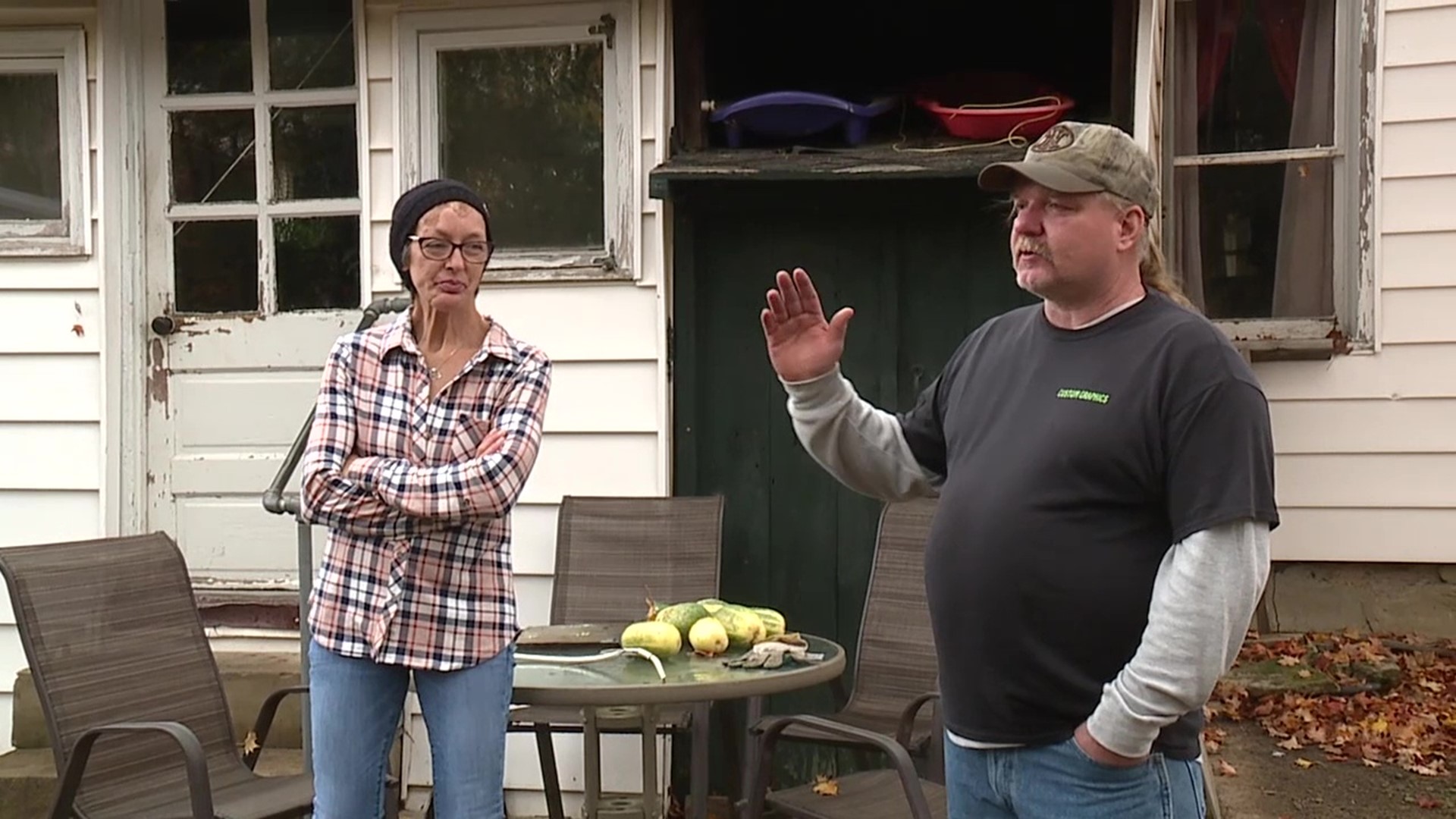 LYCOMING COUNTY, Pa. — On Saturday night, Melinda Lebarron of Muncy Creek Township let her dog, coincidentally named Bear, out in her backyard to walk around. Moments later, she witnessed her dog being killed by a black bear.

"The bear was going full force, and she started running, and it got her to about here, and then that's when I seen her grab my dog, and she pinned her up on that top step," Melinda Lebarron said.

She and her husband Sid witnessed the whole attack while fighting to save their own lives.

"I had to shut the door because of me and her. If that bear would have gotten in the house, it probably would have been all over for us, so I had to make a choice, the dog or us, so I slammed the door," Sid Lebarron said.

During the altercation with the bear, Sid said he used a curtain rod that he broke off their back door to beat the bear back to keep it outside of their house.

"The bear had the dog pinned down against the step there, and that's when I grabbed the curtain rod and was just trying to get the bear off the dog at that point," Sid recalled.

"I was just thankful that he was home this time. It was like a replay because it was like almost the same way it happened back in 2018," Melinda said.

Back in December of 2018, Melinda was attacked and dragged into the woods by a bear. She spent two and a half months in a hospital recovering from her injuries.

"I'm sorry, but the second time around of this happening, there is something wrong with that bear, and we believe it was the same one that was here back in 2018, and I believe it, too."

However, the Pennsylvania Game Commission believes, this time, it was a different bear because, during this latest attack, there were no cubs nearby.

"The biggest question I have been getting is, is the bear from the first attack the same bear as the second attack? And there is no way to know, but all the evidence suggests that it's not," said Game Warden Jonathan Wyant.

Game Commission officials tell Newswatch 16 that they have placed a trap in a nearby field to try to capture the bear. They also are asking folks to stop hanging bird feeders in yards and to keep trashcans away from your homes to avoid any possible bear encounter in the county.