MONTGOMERY, Pa. — Some dog owners in Lycoming County are worrying for their pets’ safety. Four times this year, black bears have attacked dogs in th... 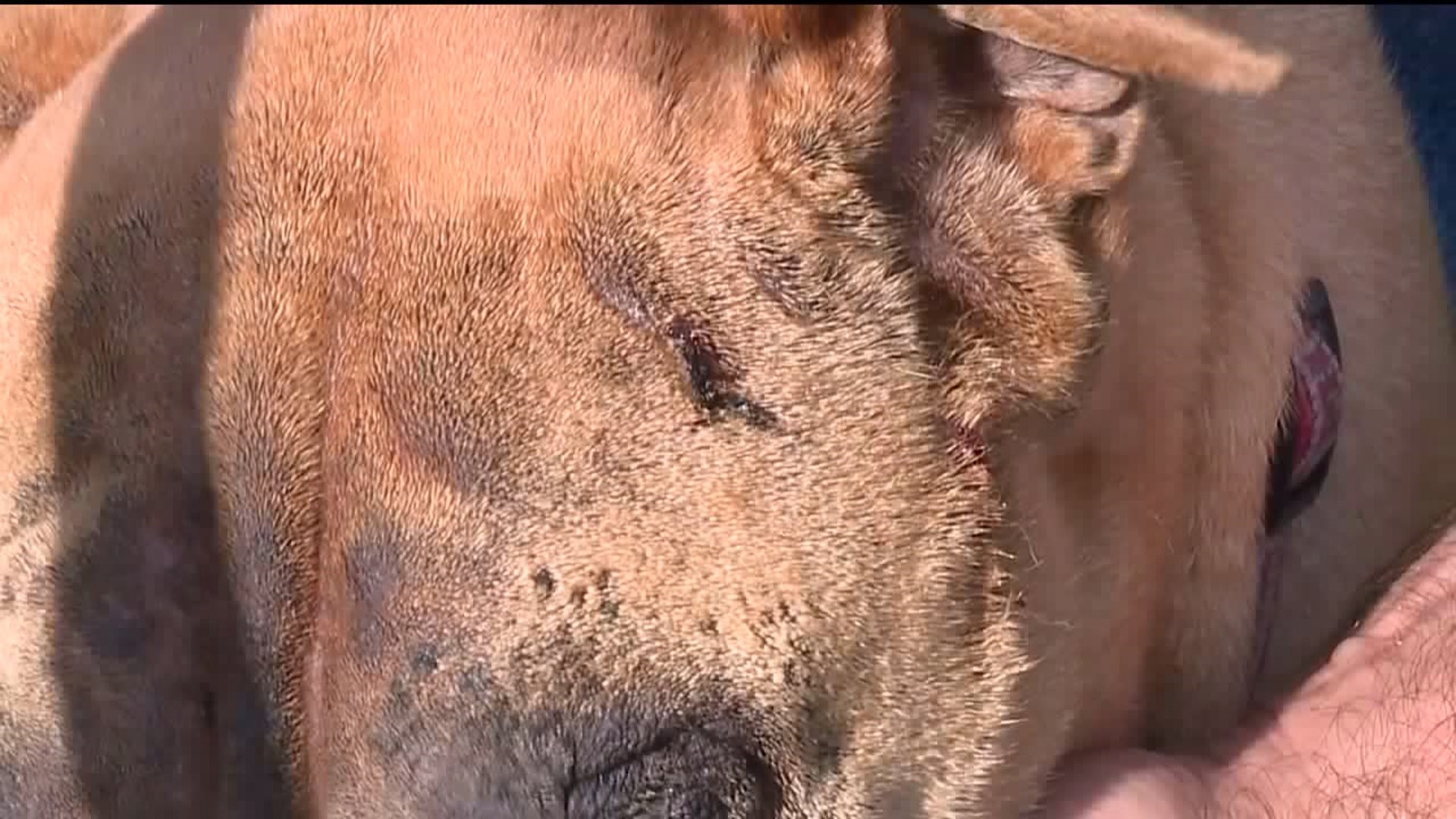 MONTGOMERY, Pa. -- Some dog owners in Lycoming County are worrying for their pets' safety. Four times this year, black bears have attacked dogs in the borough of Montgomery.

It's been just about 24 hours since a bear attacked two dogs in the backyard of a home in Montgomery.

Now, pet owners in this part of Lycoming County want the Pennsylvania Game Commission to do something to keep the bears out of their neighborhoods.

It's not unusual to find dog owners in Montgomery out for a walk with their pets or letting their dogs outside to play, but Tuesday night that play almost turned deadly for Leo, a dog belonging to Kobe Galentine.

"I was in the house and my uncle from across the street came running in the back door saying, 'The bear's got your dog! It's killing your dog!' so I was like, 'That's not good,' so I grabbed my gun and came running outside," Galentine said.

Galentine says one bear had Leo cornered under the back deck of the home on Houston Street. Three more bears sat in a tree in the yard. Leo sustained serious injuries.

"Our one dog, Leo, was at the vet now, had to have a bunch of staples put in and he has a bunch of drains to help the blood not clot inside, so we had to take him from the emergency vet to his regular vet today, and they just have him heavily sedated on pain medication."

Veterinarians say that so far this year, they have treated at least four dogs that were hurt by bears in the neighborhood around Houston Street.

Jared Mangle's dog was attacked in May and he wants something done about the bears.

"Remove them. You don't got to kill them, just remove them. That's all I ask. I don't want my family and my dogs getting hurt," Mangle said.

Dogs aren't the only ones fighting for their lives. In December of 2018, a woman from the area was walking her dog when a bear attacked her. She later had to go to the hospital with life-threatening injuries.

Cheyenne Lebarron is the daughter-in-law of the woman who was attacked last year in Muncy Creek Township and is demanding the Pennsylvania Game Commission take action.

The Pennsylvania Game Commission tells Newswatch 16 that a bear trap will be placed Wednesday night or Thursday in Montgomery.