Baby Falcon Rescued from Under Bridge in Williamsport

WILLIAMSPORT, Pa. — The Pennsylvania Game Commission and PennDOT teamed up to try to rescue a baby peregrine falcon in Williamsport. One of the bird’... 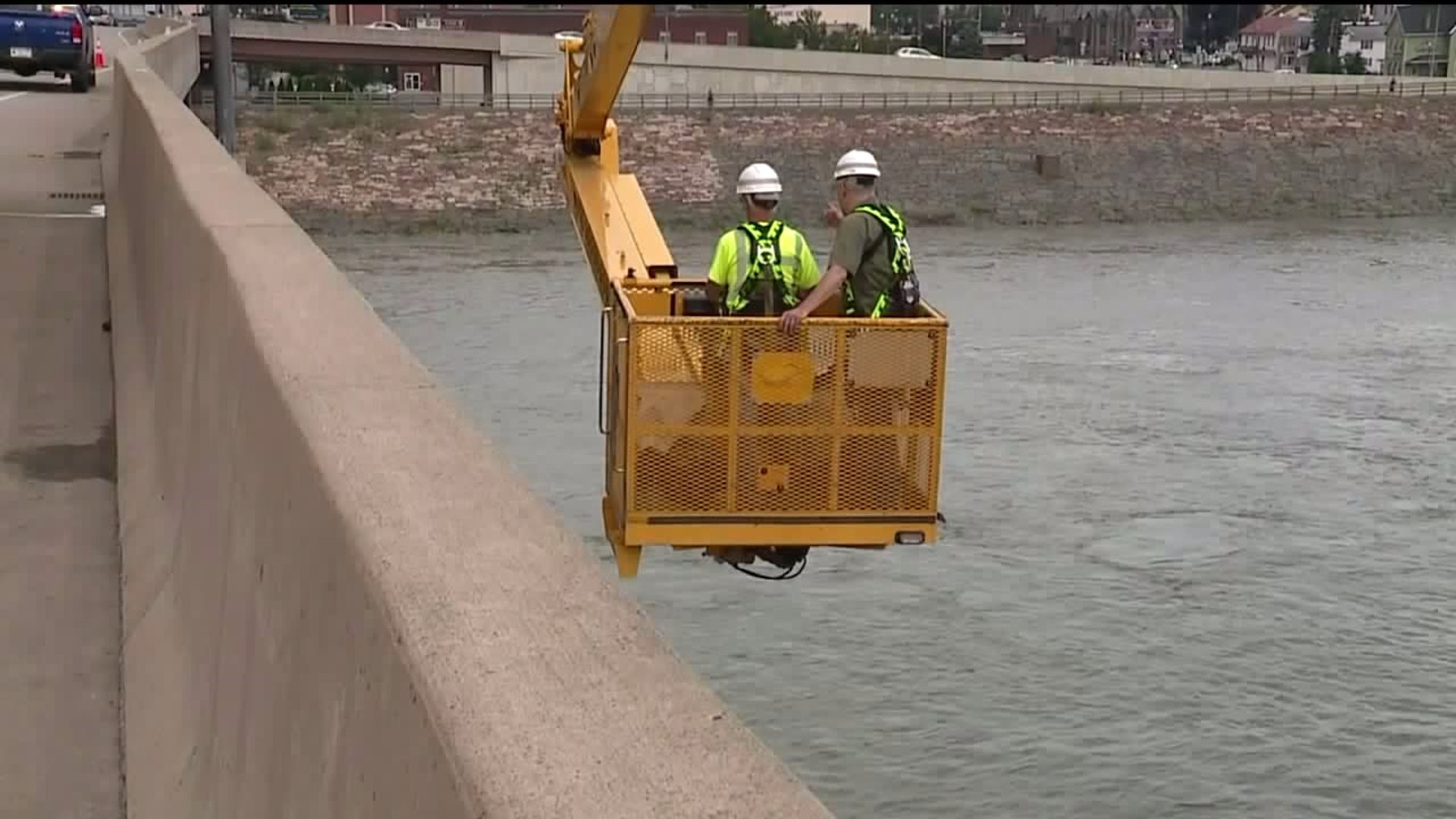 WILLIAMSPORT, Pa. -- The Pennsylvania Game Commission and PennDOT teamed up to try to rescue a baby peregrine falcon in Williamsport. One of the bird's wings is underdeveloped, and bird watchers were afraid it would fall from its nest into the Susquehanna River.

The Market Street Bridge connects Williamsport with South Williamsport, and it's a busy place around lunchtime. But on this day, one lane was closed for about an hour for the rescue mission.

According to the Game Commission, members of the local bird watching community sent in pictures of the baby bird which indicated developmental problems. Its feathers did not appear to be growing in correctly.

"Our assessment then is if it made its first flight, it would not be capable of reaching the shore. It would end up in the river and be washed down to the Chesapeake Bay," said Dan Brauning, Pennsylvania Game Commission.

Brauning is the Game Commission's wildlife diversity chief. He and a PennDOT employee used one of PennDOT's bridge inspection boom trucks to go under the bridge. The plan was to remove the baby falcon from its nest and evaluate its wing. The mother falcon did not get in the way, but the baby had other plans.

"It's very capable of running back and forth across the top of the pier to the point where I couldn't corral it," Brauning said.

After that, almost everyone left except two biologists with the Game Commission. They were in the Susquehanna River in kayaks. As they were about to leave, they saw the baby bird fall into the river, and they were able to rescue it.

After all of that, the baby peregrine falcon was taken to a wildlife rehab. The Game Commission plans to release it back into the wild when it is healthy enough.