Saturday will be the 25th anniversary of the tragic plane explosion that killed 16 students and five chaperones from Montoursville High School. 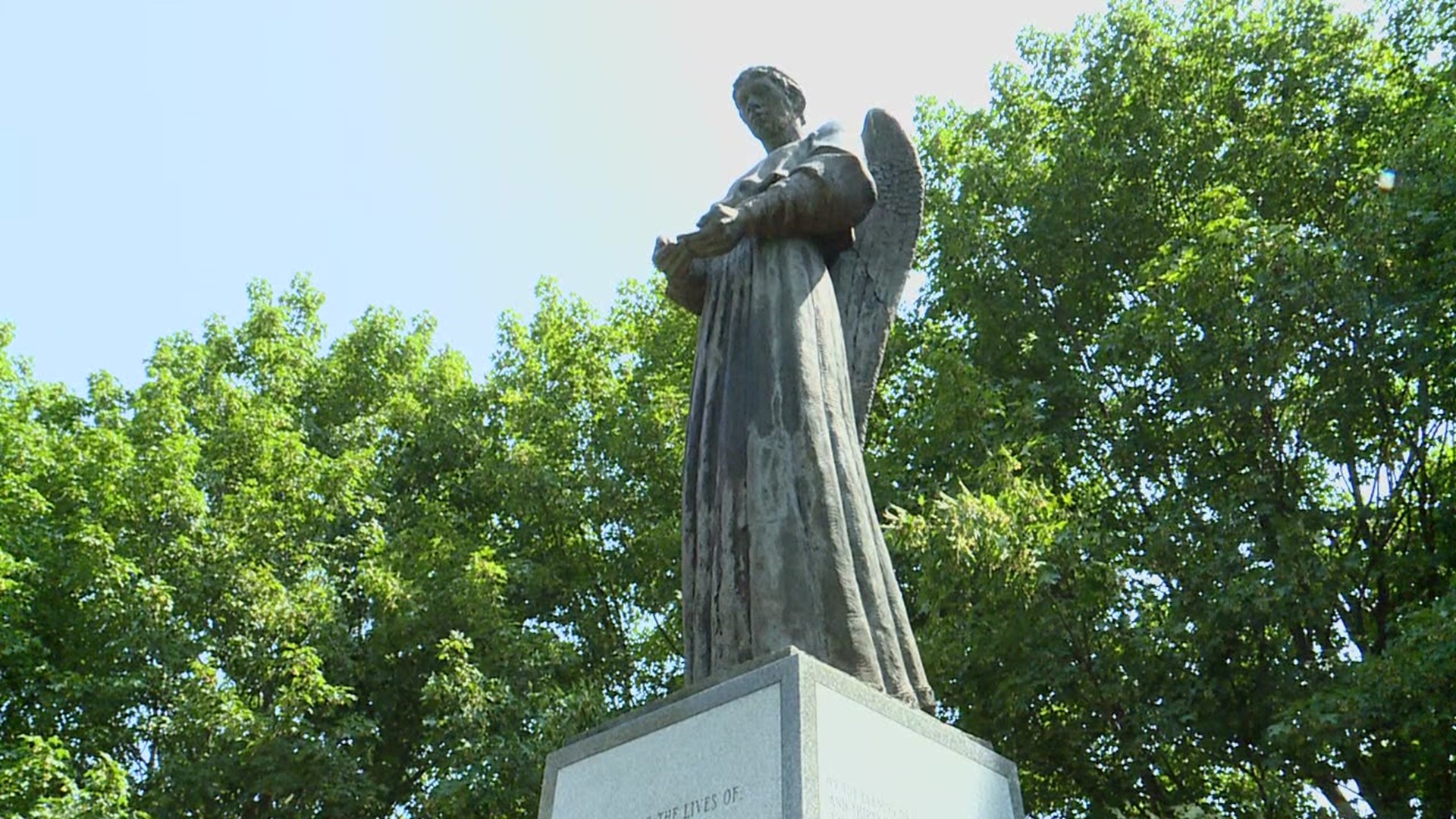 MONTOURSVILLE, Pa. — This Saturday marks the 25th anniversary of the crash of TWA Flight 800. 16 Montoursville High School students and five chaperones traveling on a school trip to Paris were killed.

"We all gathered at the high school that evening along with some of the family members and students who just needed some comfort and reassurance that we didn't know what was going on. It was surreal," Stephanie Bedison recalled.

"I was at the Hughesville Fair, and I got a phone call when I got home from a friend, and he just told me to put the news on, and I just watched it all on CNN," said Anthony Frey.

Frey was a member of the class of '96. He had several classmates who died when the plane carrying 21 people from Montoursville exploded in midair over the Atlantic Ocean.

"They didn't get to live out the rest of their lives. The oldest was 18, and there were students that were freshman all the way up through seniors, and they didn't get to have the opportunity to live their life like we did."

A monument behind the high school remembers of victims of Flight 800. Stephanie Bedison was a teacher and cross-country coach at the school back in 1996 and says it is important to never forget about that tragic night.

"So that people remember our history. We also want our community to remember, and the children that are in the schools now that were not obviously around then need to learn the history of Montoursville."

Bedison and Frey say that the Montoursville cross-country team hosts a remembrance run and walk every five years in honor of those who lost their lives 25 years ago.

"One part will be a 5K cross country run right here in the park. The same course that the cross-country team from Montoursville uses for their meets. Then we will offer a 2.1-mile walk over to the angel memorial and back."

In addition to the remembrance walk and run, many folks in the Montoursville area will try to pay it forward this Saturday. It has become a tradition over the past few years to do a random act of kindness to remember the 21 lives lost that day.