WILLIAMSPORT, Pa. — Cadets in the Reserve Officers’ Training Core (ROTC) anxiously waited for their ride on Friday outside the library at Pennsylvan... 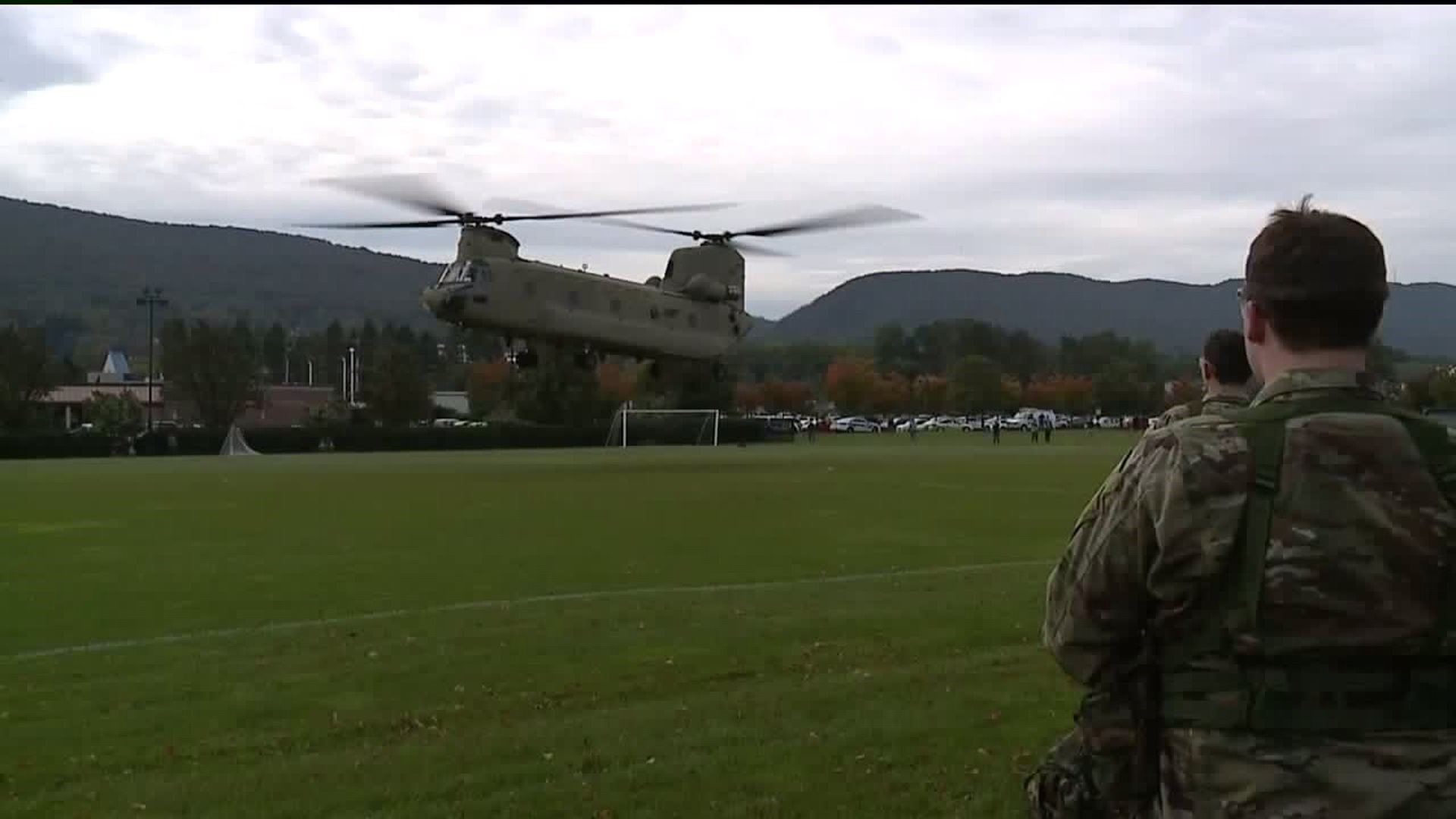 WILLIAMSPORT, Pa. -- Cadets in the Reserve Officers' Training Core (ROTC) anxiously waited for their ride on Friday outside the library at Pennsylvania College of Technology in Williamsport.

For the first time this year, Cadet Johnson and about 60 other students from Lock Haven University, Penn College, Lycoming University, and Mansfield University are headed to their joint weekend field training exercise in Wellsboro.

And they didn't go quietly. A U.S. Army CH-47 Chinook twin-engine helicopter was their ride.

"Powerful," said Johnson. "I may just be a cadet but it was still a really cool experience. It definitely was a powerful one."

It was such a powerful experience, cadets took out their phones to take pictures and people in the area stopped by to watch.

"To see them flying by, never this close. I blew us out of our chairs," Shoemaker said.

Before taking off, the flight crew let the cadets and the community take a look inside.

"I think it's a really cool opportunity for the ROTC students and I'm a little bit jealous and I'm pretty proud to know that some of my friends are doing this with their time," said Penn College student Nick Urso.

"I have a bunch of different friends that came to see the helicopter land. They were really excited to see it and they think it was really cool also. It's a big, big thing I think that the college just did," Johnson added.

The cadets training continues until Sunday in Wellsboro.