OLD LYCOMING TOWNSHIP, Pa. — There were quite a few storms in eastern Pennsylvania during March, but that winter weather missed Lycoming County. This Apri... 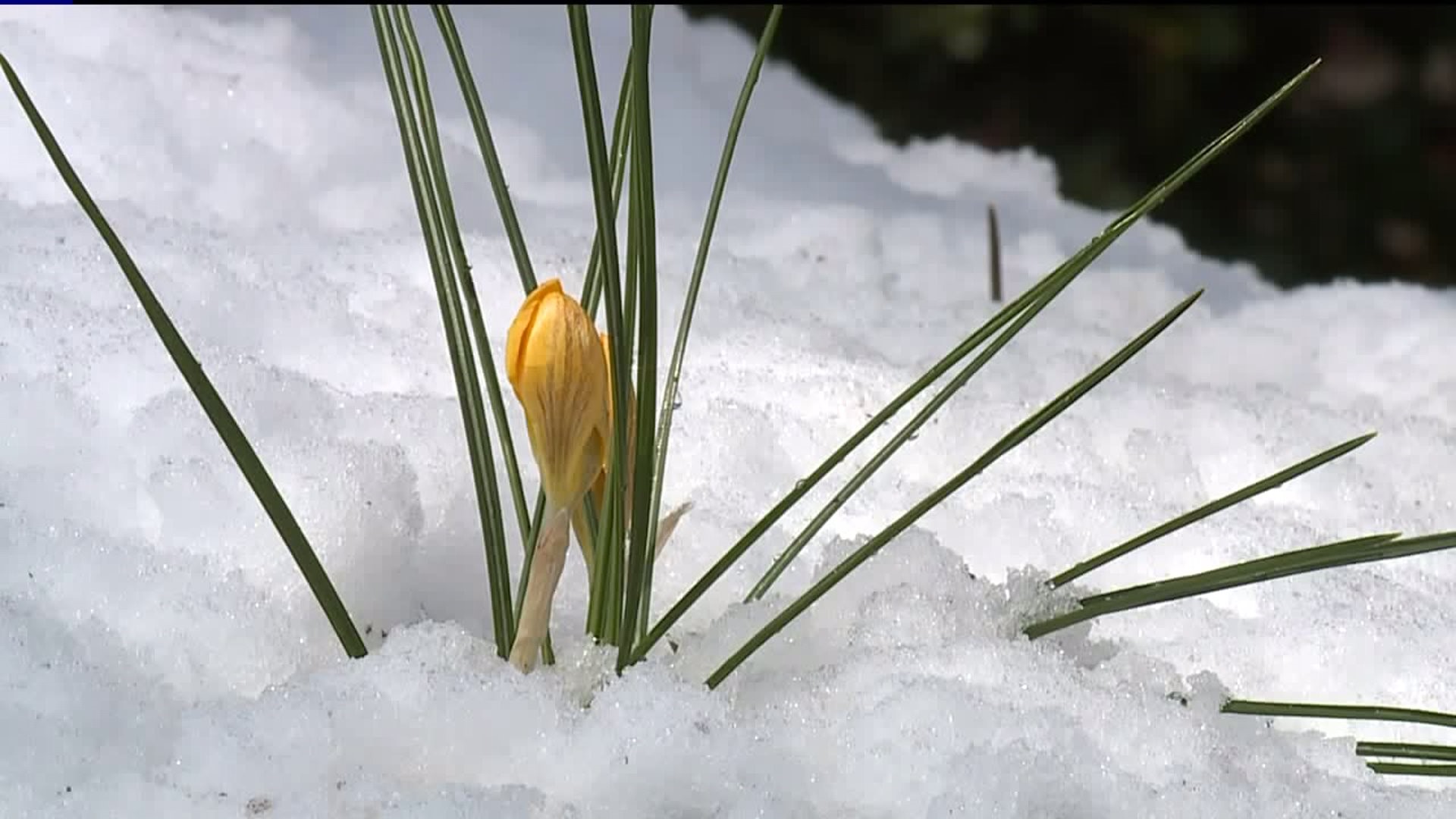 OLD LYCOMING TOWNSHIP, Pa. -- There were quite a few storms in eastern Pennsylvania during March, but that winter weather missed Lycoming County. This April snow did not.

"Mother Nature dictates a lot of what happens outside," said Mary Helminiak.

At Helminiak's Greenhouses and Nursery in Old Lycoming Township bags of soil are under snow. The past few storms may have passed Williamsport by, but this time, Newswatch 16's Chief Meteorologist Kurt Aaron says about 5 inches of snow fell in Williamsport overnight.

"I was very shocked. My husband says we got about 4 inches of snow outside. You've got to be kidding me," said Helminiak.

Mary Helminiak is busy planting inside the greenhouses.

“It's like night and day from when you walk in to walk out. In fact, the funny part about it is, my husband has landscape appointments this week and I don't know if we're going to be able to do them unless the snow melts,” said Helminiak.

As quickly as the snow fell, in some areas, the snow has all already melted away.

"Oh yeah, the calendar said it was spring a few weeks ago, but I think it's lying," said Clayton Kochenderfer.

With the snowfall, a few schools including Pennsylvania College of Technology started later than normal.

"I woke up this morning and looked at my email and just went back to bed," said Kochenderfer.

Clayton Kochenderfer's first class was canceled. By lunchtime, he was walking around campus comfortably without a jacket. It's the difference between snow in April, compared to January.

"I seen the snow, thought it was going to be cold, walked outside and I was wrong," said Kochenderfer.

As for Mary, she's hopeful most of the flowers she's planted will be in full bloom and snow free in just a few weeks.