MONTGOMERY — Across the nation Thursday, many remembered the lives lost during the attacks on September 11 thirteen years ago. In Lycoming County, an annu... 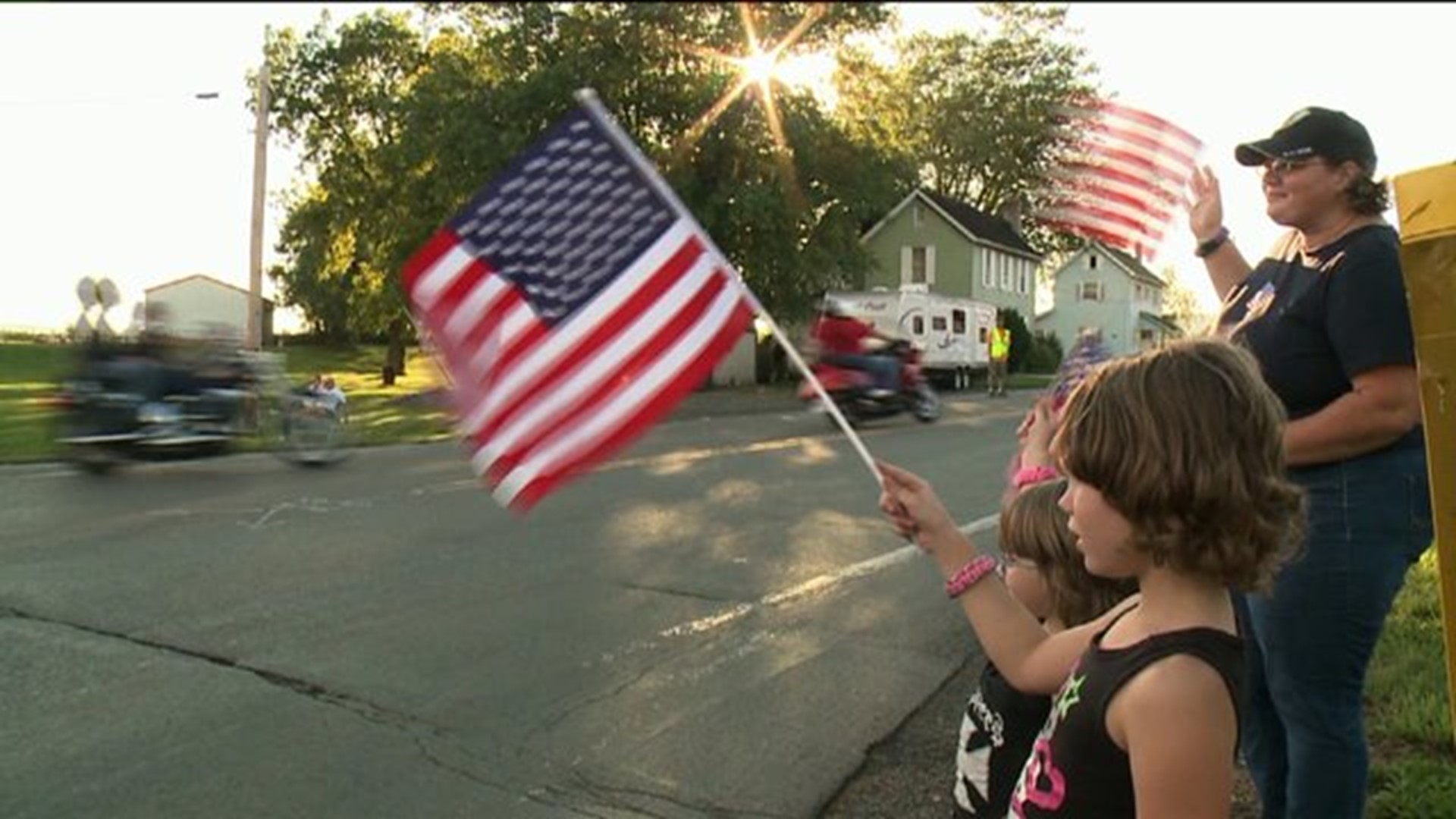 MONTGOMERY -- Across the nation Thursday, many remembered the lives lost during the attacks on September 11 thirteen years ago.

Route 54 in Lycoming County was alive with the sound of rolling thunder.

Thousands of motorcycles proceeded through the rural route near Muncy for the annual 9/11 Memorial Coalition Motorcycle Ride.

“True U.S. citizens, people who are here because we love our country and our freedom,” said rider Anita Wilson from Tyrone, PA.

Many of these riders have been taking part in this ride since the terror attacks 13 years ago. Since then, participation has grown with folks coming in from all over.

This year organizers said it was a record-breaking crowd, believing there were nearly 10,000 motorcyclists involved.

“It`s amazing to see this many people. There`s a lot of motorcyclists that went to DC today for some sort of rally. This has become Lycoming County`s event to remember 9/11,” said Clinton Township Volunteer Fire Chief Todd Winder, who is a founding member of the 9/11 Coalition.

“Knowing what the cause of it is and what it stands for, is the most, and to see them every year, more and more, I think it`s just great,” said rider Gene Wilson from Tyrone.

The 37-mile ride kicked off at the Clinton Township Volunteer Fire house and rode through six municipalities.

The route was lined with people, cheering on the motorcycles.

Angi Bryson from Muncy brought out her little girls to teach them about that tragic day in our nation`s history.

“They weren`t born when this all happened and I think it`s something that they need to know about. Every year we come out and support them,” said Bryson.

The event is free to ride in, however money raised through donations and merchandise sales go to support local families of first responders in Lycoming County who are injured or killed while on the job.