SOUTH WILLIAMSPORT, Pa. — Heavy rainfall in South Williamsport Thursday put a halt to Day One of the Little League World Series. That meant a busy day at ... 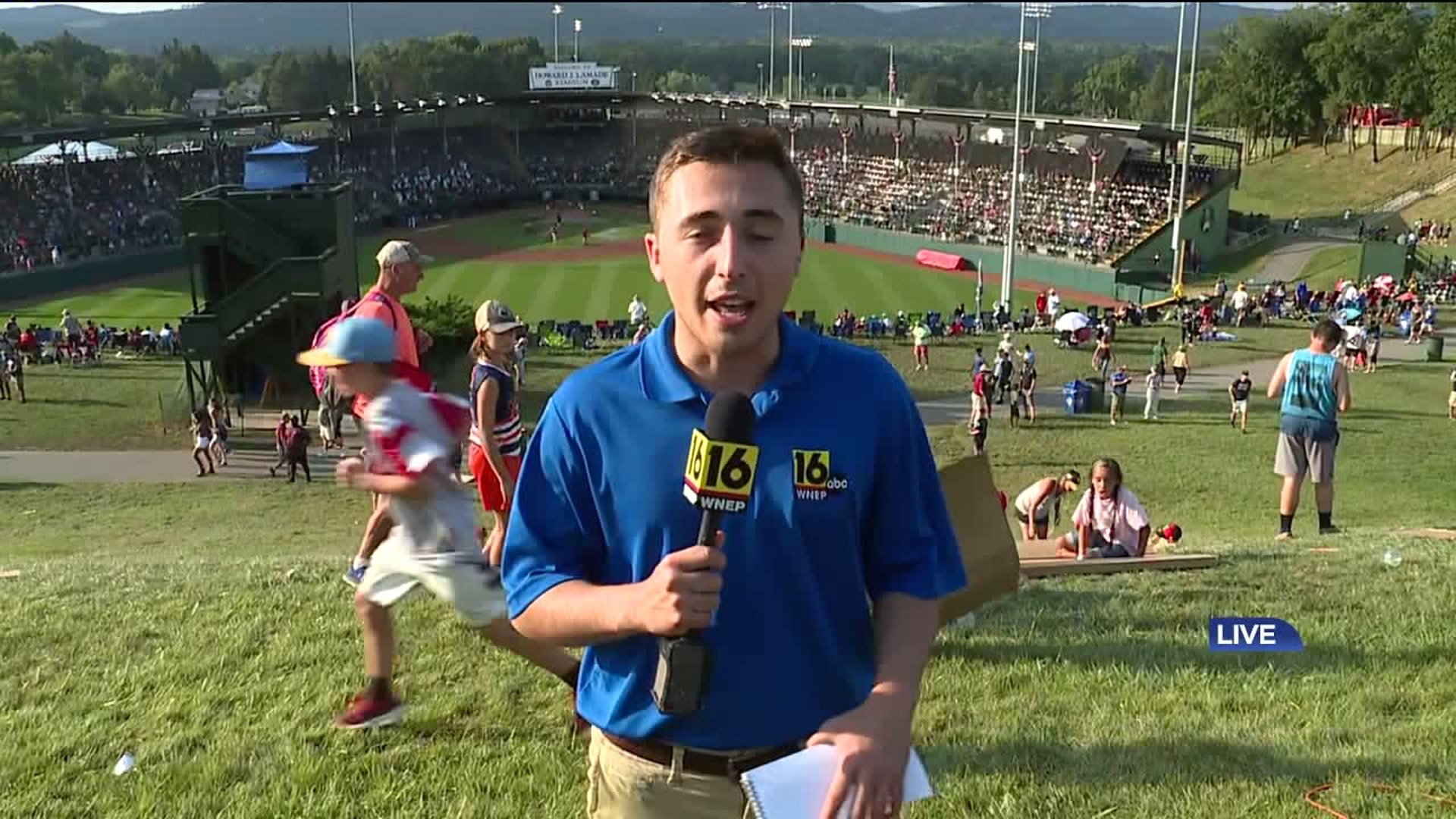 That meant a busy day at the complex in South Williamsport on Friday.

Seven games were on the schedule at the Little League complex on day two to make sure the tournament remains on schedule. Only one game was completed on Opening Day before rain postponed the activities.

Here's the schedule for a jam-packed day two! #LLWS pic.twitter.com/CdjzAntpGt

Players and coaches who were set to play on opening day say the extra day of rest will help in the long run of the tournament.

"We're just not that tired anymore, like yesterday we woke up and we were ready to play but still kind of tired from our trip," said Cayden Alphin, Midwest Region.

"I know the kids were itching to play, so to them, I'm sure they were a little disappointed. They want to get out there and play since we have been here since Sunday, ready. But I think overall, I think it probably helps us," said Midwest coach Greg Bloom.

Baseball fanatics traveled long distances just to be in South Williamsport to soak in Opening Day festivities, but that reality was washed away when the rain put a damper on the action.

"We were trying to make the 7 o'clock game and we got here about 6 o'clock and parked in the parking lot and they turned us around coming into the stadium, unfortunately," said Shane Moore from North Carolina.

Even though the rain canceled all but one game of Opening Day at the Little League World Series, some kids around the ballpark will tell you they're not upset with the wet and sloppy conditions.

Those that brought a piece of cardboard to the hill beyond the outfield of Lamade Stadium say the sliding conditions are perfect.

"It's making the hill nice and slick, so you got the good speed going down the hill, because if it's dry, you're not really going to go anywhere, but with that wetness, you're flying down the hill," said Vincent Palumbo, Holden, Massachusetts.

Check out the full schedule and more here.