SOUTH WILLIAMSPORT — Active-shooter drills in South Williamsport comes two days after the mass shooting in Florida. It was by sheer coincidence the South ... 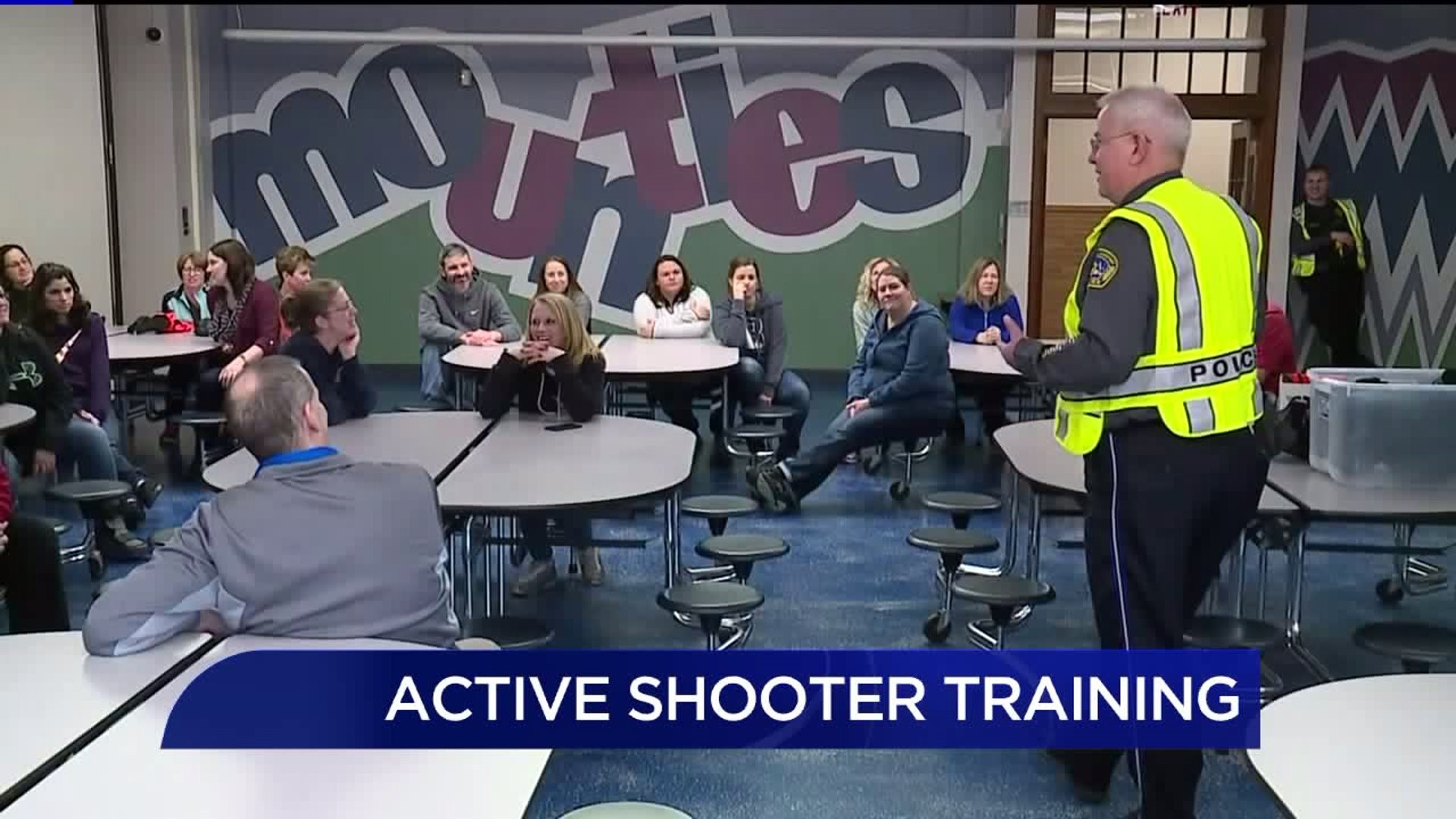 It was by sheer coincidence the South Williamsport Area School District had active-shooting response drills already scheduled for Friday.

Teachers from all three South Williamsport Area schools participated in these drills.

These drills were realistic and simulated school shootings.

"I could feel my heart racing, almost upset because I have kids in this school," said teacher Veronica Pfirman.

Teachers in South Williamsport already took an online course on what to do if there was ever a school shooting.

South Williamsport police and other Lycoming County law enforcement came to Rommelt Elementary school to put the teachers' skills to the test.

"When you're huddled down in a corner, it's scary," Pfirman added.

Everyone told Newswatch 16 what happened in Florida on Wednesday was in the back of their minds.

"That just kind of hits home a little bit more then. It puts you a little more on edge," said teacher Amanda White.

"You add the timing to it with Florida. Very unfortunately, yeah, it increased anxiety," said Rommelt Elementary Principal Matt Fisher.

"We didn't do it as a reaction to that, but it certainly drove the point home how important it would be," South Williamsport Police Chief Robert Hetner said.

Police say the teachers did well and it helps them knowing the teachers now have the basic skills needed to survive a horrific incident.

"Be able to handle the situation, hopefully, until we get there to save their own lives, along with the lives of their children," South Williamsport Police Corporal Carl Finnerty said.

Many other school districts in our area participate in this training. The teachers say it was scary but necessary.