WILLIAMSPORT — Doctors say Donald Jett of Williamsport is in end-stage renal failure. His one wish was to marry the love of his life before he dies. On Fr... 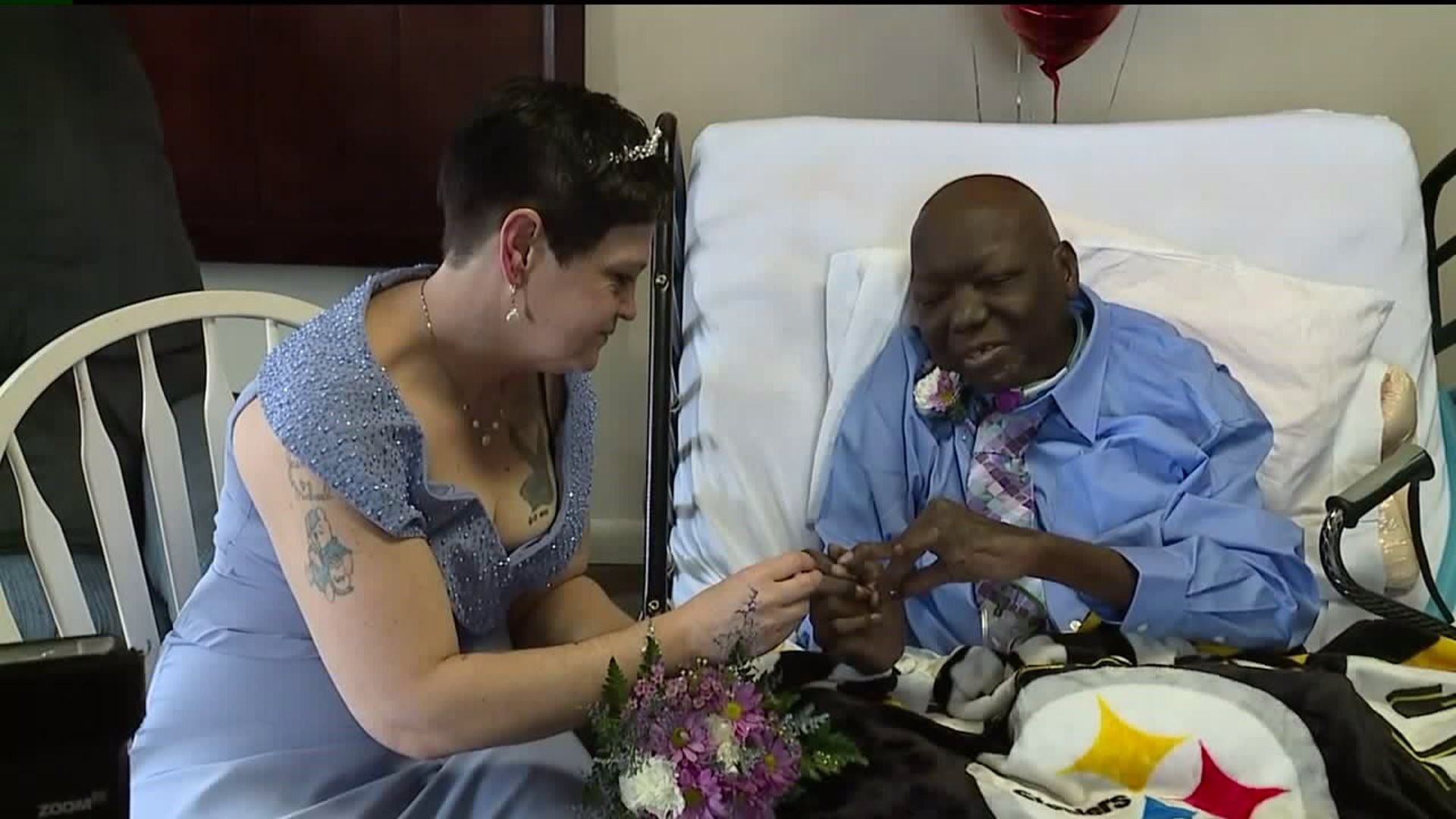 WILLIAMSPORT -- Doctors say Donald Jett of Williamsport is in end-stage renal failure. His one wish was to marry the love of his life before he dies. On Friday, in front of family and Newswatch 16, Donald's nurses made that happen.

It's a love story 24 years in the making. Donald Jett and Julie Brown met at a bar in Williamsport. Both said there was a connection but back then, she was married to someone else.

About three years ago, the two reconnected. This time they were both single.

"I was like, 'how did you recognize me?' He said, 'Your eyes, I'll never forget them,'" Julie recalled.

Even though the two moved in together right away, their relationship hasn't been a walk in the park. Donald is sick. He has terminal renal failure and last week he came home from hospice to be comfortable.

"Julie took care of him and he's done pretty amazing, for the most part. But the last year has been really hard," said R.N. Jami Cordell.

What makes him happiest: this is the day he and Julie would get married.

"I've been waiting 20-some odd years for Donald to ask me to marry him," Julie said.

When the couple told Donald's nurses at Geisinger Medical Center about their plans, they jumped into action.

"We were all very excited and we're all women so we're all like, 'ah, wedding," said Cordell.

The nurses did everything from getting Julie's dress to finding a chaplain.

"We got a free cake, we got free flowers. It's been amazing."

They even brought Donald's mother from a nearby nursing home. When it came time for the couple's vows, all eyes were on Don. He didn't talk all day to make sure his voice was strong enough for these two words.

"She looked amazing. That was my baby. I know this was her day but it was mine, too," Donald said.

The wedding was everything this couple thought it would be.

Julie tells Newswatch 16 she realizes they don't have much time left together. But she believes in the afterlife and knows Donald will be waiting for her there.