"We've come leaps and bounds. He's already surpassed everything they said he would do." 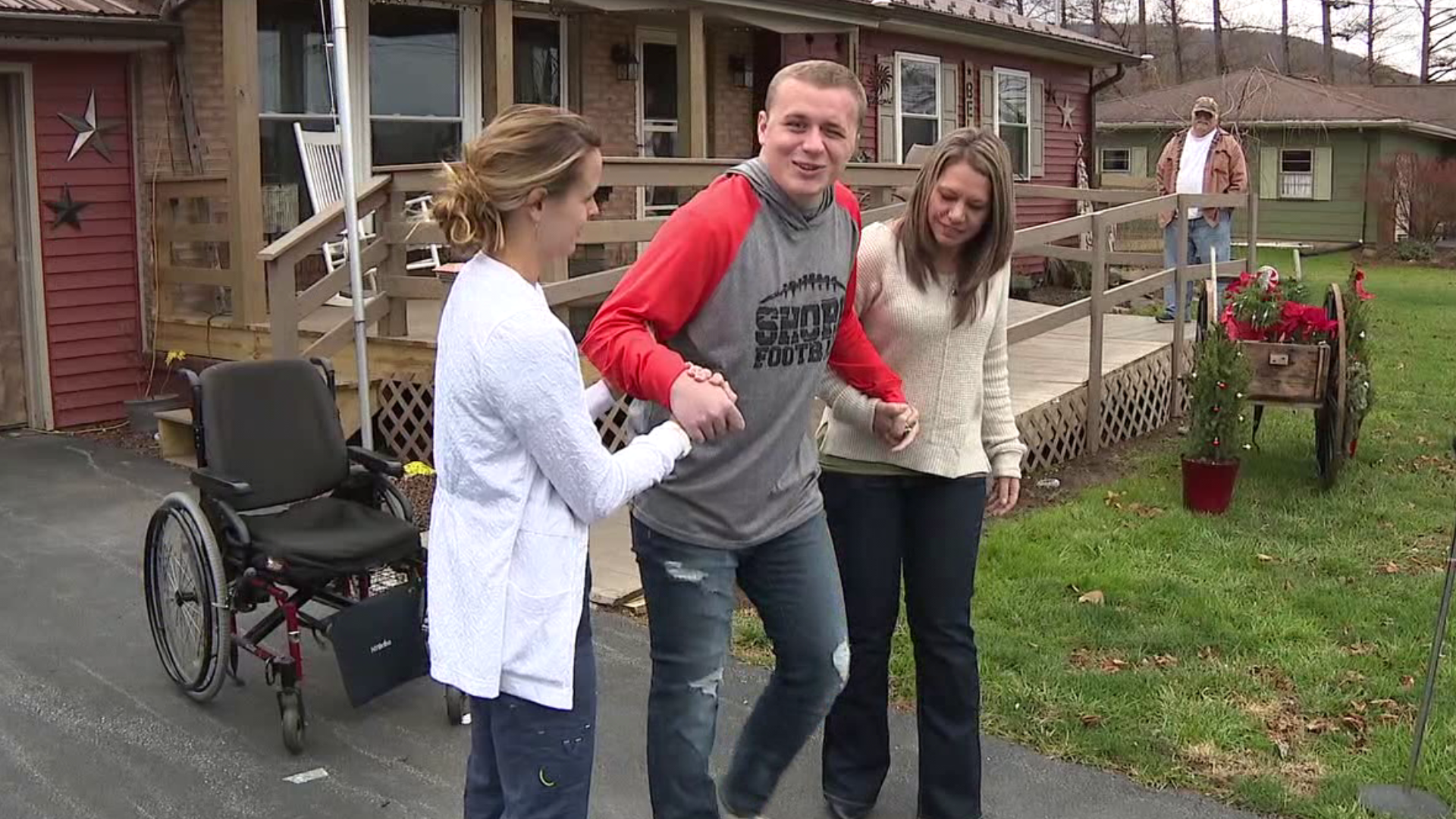 JERSEY SHORE, Pa. — When we first met Caleb Leone in December of 2018 he was not walking or talking. But fast forward nearly two years...Caleb is a different person.

The 19-year-old from Jersey Shore spent more than four months in the hospital with a traumatic brain injury after he was badly hurt during football practice in 2018.

"We've come leaps and bounds.  He's already surpassed everything they said he would do. The nice thing with his injury, it's definitely been a challenge but there's no end game. It's as far as he can go," Danielle Leone said.

Caleb's parents Danielle and Jake have been by his side every step of the way.

"He's now able to pick up his phone. He snapchats his friends. Things are starting to come back and we're starting to see pieces of Caleb from before the accident and now kind-of new Caleb," Danielle said.

Jersey Shore's football team made it to the state finals for the first time ever. Caleb says he will be cheering loudly.

"I hope they win," Caleb said.

"We planned on going this year but Covid happened.  We've definitely watched it on the streams," Danielle said.

The Leone family was recently in Arizona for a stem cell treatment. Caleb gets therapy several times a week and his motivation inspires his parents.

"From the moment he wakes up and all the challenges that he faces, he always has a smile on his face. He's happy all the time. That's a blessing in general," Danielle said.